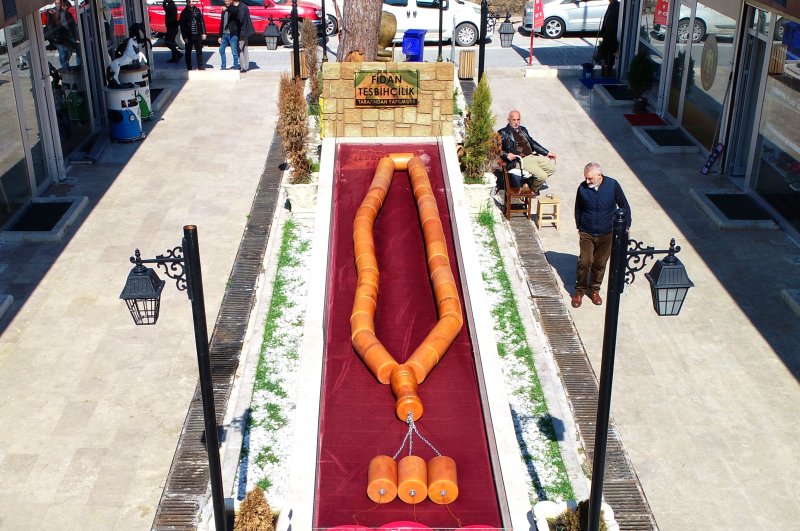 In the middle of a marketplace in the southern city of Adana, along the winding streets dotted with shops selling colorful arrays of handmade prayer beads, proudly sits Nasır Fidan, a craftsman who is eyeing the Guinness Book of Records thanks to his piece de resistance: a 1-ton set of prayer beads.

Fıdan now seeks to put his work on display somewhere majestic enough to match his achievement – namely, the Presidential Complex in the capital Ankara. Fidan says President Recep Tayyip Erdoğan is an avid collector of prayer beads, and he would be honored to have his piece displayed at the complex.

Fidan has been a craftsman for 17 years, set out to make the beads two years ago. He carved 36 stones, each weighing more than 27 kilograms (60 pounds), and placed them on a heavy steel wire. The beads, originally in yellow, developed their subsequent amber hue from having been laid out in direct sunlight for four months. He claims the beads are the “largest of their kind” in the world and hopes Guinness will certify the fact.