Bed in the sky: Man promotes paragliding in Turkey with unique stunt 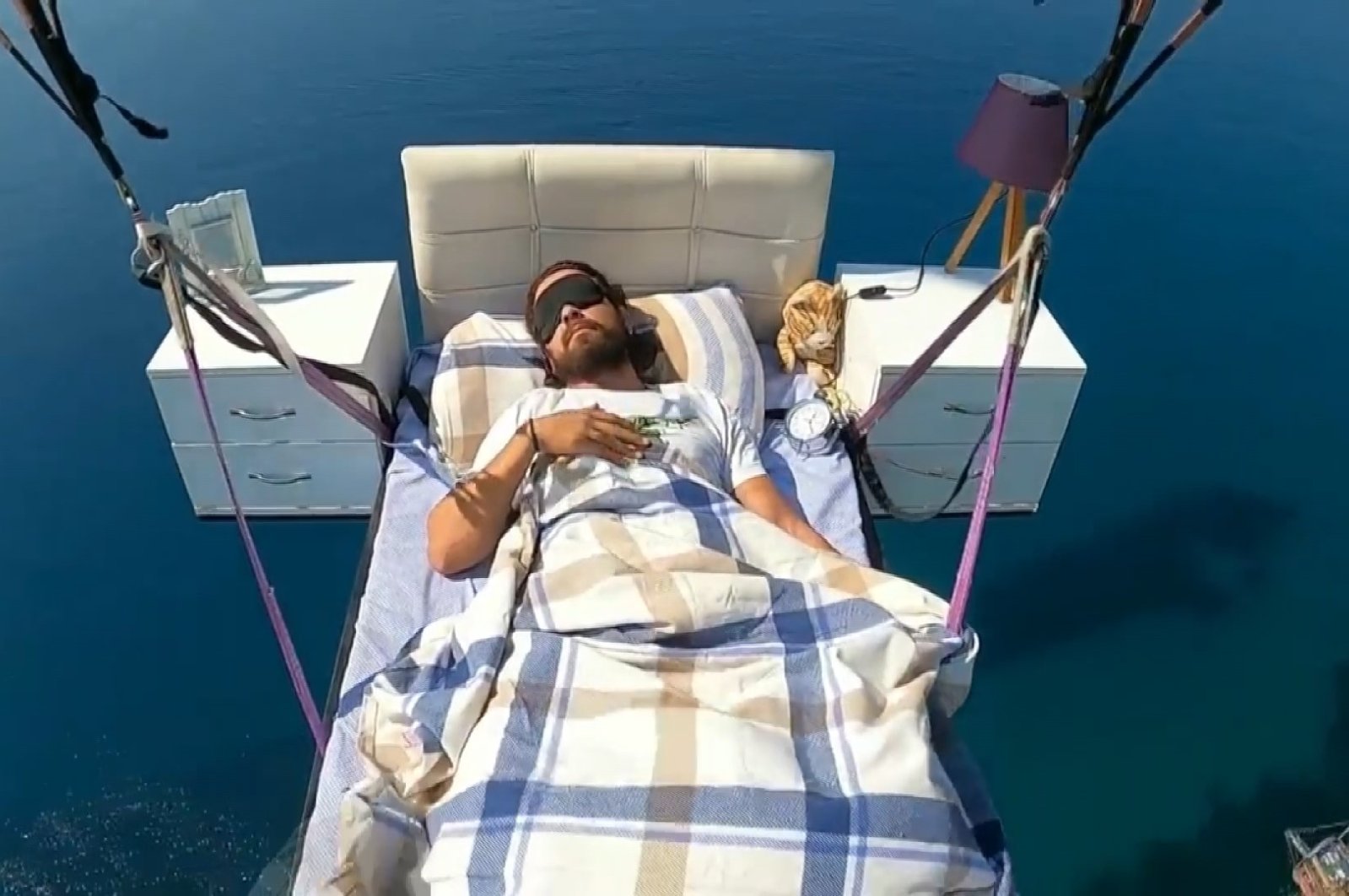 Hasan Kaval can fly with his eyes closed – at least that is what he tried to prove on Friday. The 28-year-old professional paraglider, who is known for eye-catching stunts in the sky, tried sleeping in the air this time. For this stunt, he fitted his parachute to a bed, complete with a nightstand and a lampshade. Then, he took off from Yassı Tepe, a hill about 800 meters (2,625 feet) high in Alanya, a popular district among tourists in the Mediterranean province of Antalya. Unlike paragliding tourists trying to see all Alanya offered with a bird’s eye view, Kaval conveniently wore a sleep mask and dozed off for a while. He was wide awake though thanks to his alarm clock when he successfully landed at Cleopatra Beach.

Kaval has previously attached a sofa and TV to his parachute to recreate the atmosphere of his living room in the sky and before that, played backgammon with a friend while paragliding. His latest stunt is sponsored by a local tourism promotion foundation. “I am happy to contribute to tourism. I want to show the people that paragliding is not a dangerous sport. It is the people who make it dangerous if they fly with inexperienced pilots and without training,” he told Demirören News Agency (DHA).