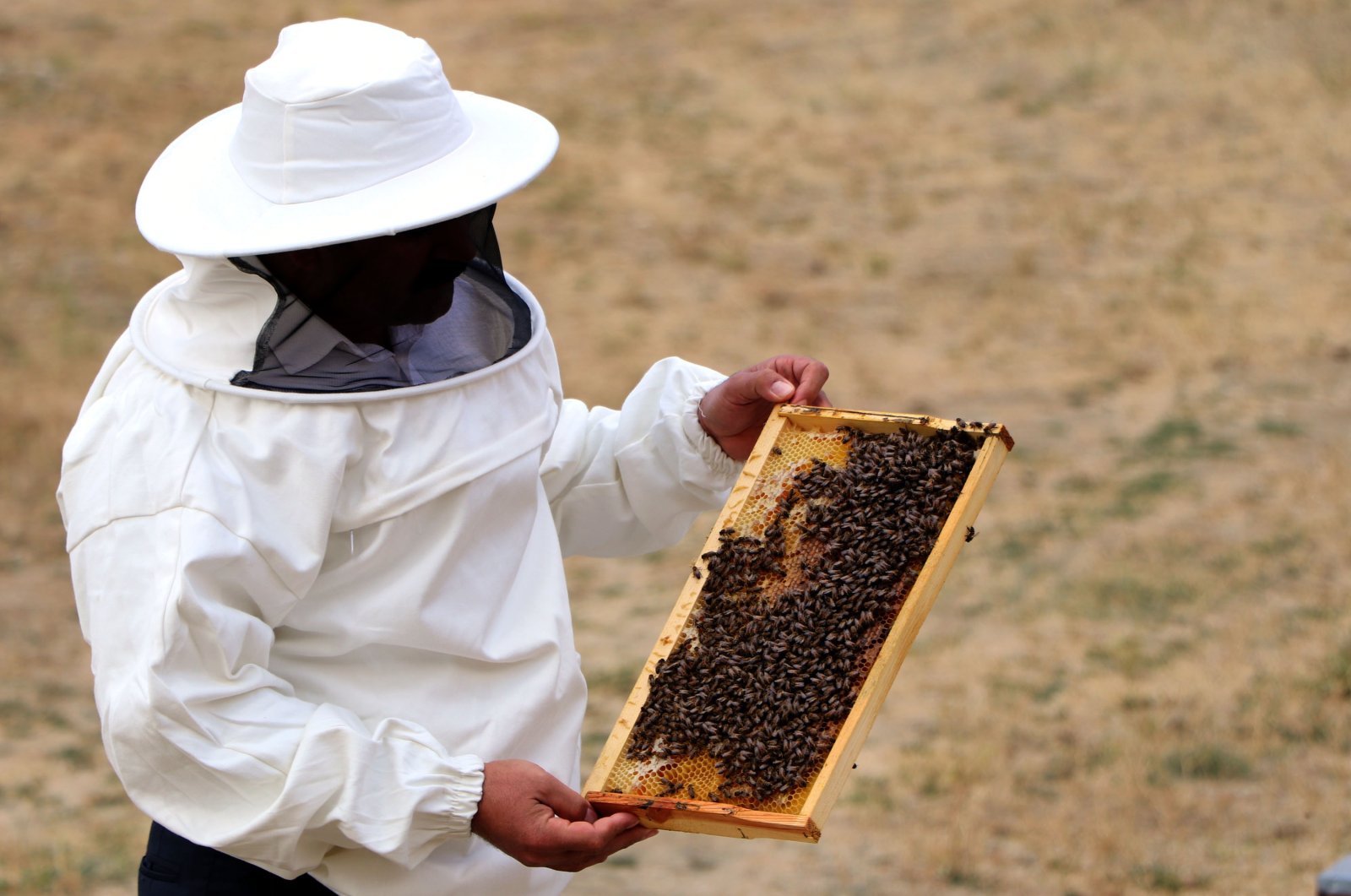 Millions of bees died due to drought triggered by global warming in southern Turkey’s Mersin, which caused about a 70%-80% decrease in honey production in the province, a beekeepers association head said.

The above-seasonal temperature and abrupt changes have adversely affected beekeeping in Mersin this year. Drought caused not only the deaths of many bees but also became the main reason for a decrease in the number of plants from which bees can receive nutrition to produce honey.

Adem Kurt, head of the Mersin Beekeepers Association, told Demirören News Agency (DHA) that there will be a possible 7%-8% increase in honey prices due to decreasing yield.

“We, as beekeepers in the Toros region, have been adversely affected by global warming. We have a loss of about 80% so far,” he said.

He noted that almost half of beehives were lost due to global warming-related problems. “The main nutrient of the bee is honey. Since there is a decrease in the natural production process, we have experienced serious losses in the number of colonies,” Kurt added.

He also called on officials to regulate agricultural activities and insecticide in the region to prevent possible harm to bee colonies.