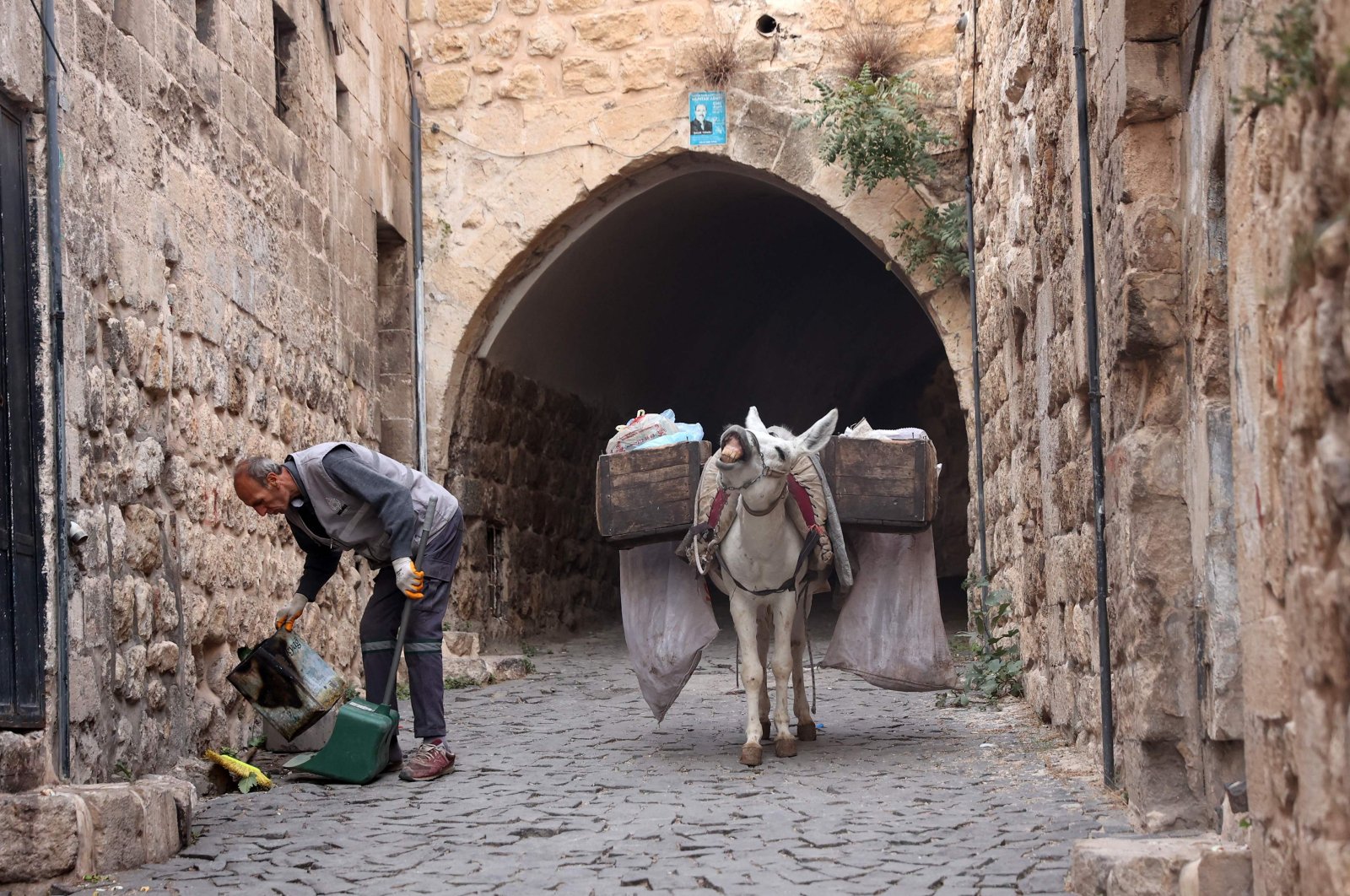 The sun peeks over the horizon of the southeastern Turkish city of Mardin as a herd of cream-colored donkeys begin their day job of collecting rubbish before relaxing to classical music in the evenings.

Guided by city workers, the animals carry waste bags, winding through the narrow alleys of the city, built on a cliff overlooking what was once Mesopotamia, 60 kilometers (37 miles) from Syria.

"We have been using them to clean the city for centuries. They are the only ones who can access these narrow streets," says Kadri Toparlı who works for the Mardin old town cleaning team.

"Otherwise, it would be impossible to do this work."

With names like Gaddar (Cruel), Cefo (Indulgent) and Bozo (Pale), reflecting their personalities and features, the forty or so donkeys "have the status of municipal employees," Toparlı explains.

"They work like us, eight hours a day, with a break after four hours in the middle of the day."

In the evenings, as they wind down from a long day that involves climbing at least 150 steps, the donkeys relax to music while vets care for them in their stables.

"We take care of them. Every evening, we play classical music or traditional melodies for two hours," Toparlı says.

"We see that they are happier when we play a piece of Beethoven," he quips.

At the start of the 20th century, when Mardin had just 20,000 people, the donkeys would carry the ashes produced from wood and coal heaters.

"We have mini-vehicles which we call 'garbage taxis'. We use them as well, but they are not as efficient," says Abdulkadir Tutaşı, the mayor of the old town.

Efforts to phase out the reliance on donkeys fits in with the growing sensitivity shown to animal welfare in Turkish society in recent years.

In January 2020, Istanbul banned horse-drawn carriages from the Princes' Islands, a rustic archipelago at the entrance to the Bosporus popular with weekend visitors.

The carriages, once emblematic of the nine hilly islands, were replaced with electric vehicles.

To ward off potential criticism, Mardin's old town officials say they are working with animal rights organizations to monitor the donkeys' working conditions.

Toparlı goes to great lengths to treat his donkeys with care and respect.

"They are very intelligent animals. They know their zone by heart," he says. "Often, we don't need to guide them back to their stables."

Recruited at the age of six, the donkeys are retired with great fanfare when they reach the ages of 14 or 15.

There is an official ceremony, with a plate of watermelon offered to the pension-age donkey instead of a cake, which is seen as too unhealthy.

They spend their golden years in a local animal shelter, enjoying a well-deserved rest.

According to the mayor, Mardin has served as a model for European cities, particularly those in France and Italy, which have used donkeys for municipal services in areas difficult to reach by car.

"Plus it's ecological," Tutasi says.