Between a rock and washing machine: Turkish family escapes disaster 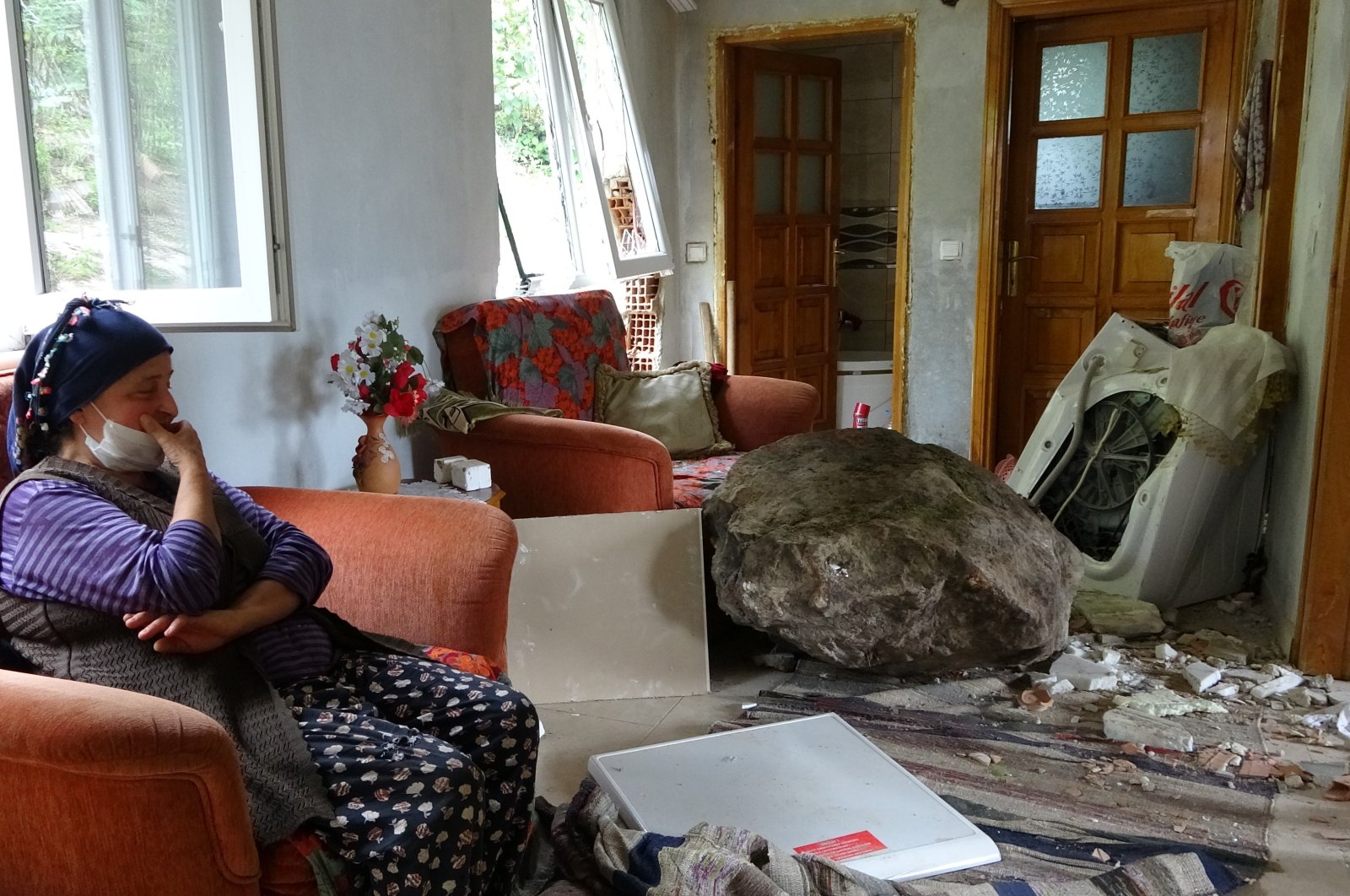 A startling noise in the early hours of Sunday morning woke up the residents of a small house in Altınordu, a district of Turkey’s Black Sea province Ordu. What they first thought was a truck that had crashed into their house on the outskirts of a hill was actually a huge rock in the middle of their living room. They realized that they had averted a disaster. The boulder, weighing about 1 ton, had only stopped when it hit a washing machine. The machine, twisted by the impact, saved the lives of the family of five living in the house. Security forces launched an investigation into the incident.

The house's owner Inci Engin, age 56, was inside with her son and his family, including three children. “I heard a strong noise, and the house rocked. I thought the house was slipping away below my feet. Everyone woke up, but none of us saw the rock at first. We thought it was a car or a truck that hit the house,” she said. Engin told reporters that if the washing machine did not stop the rock, it would have kept rolling and crashed inside the room where the children were sleeping. “Thank God, none of us was injured. But it left a mess behind,” Engin lamented, saying that the house was newly built.