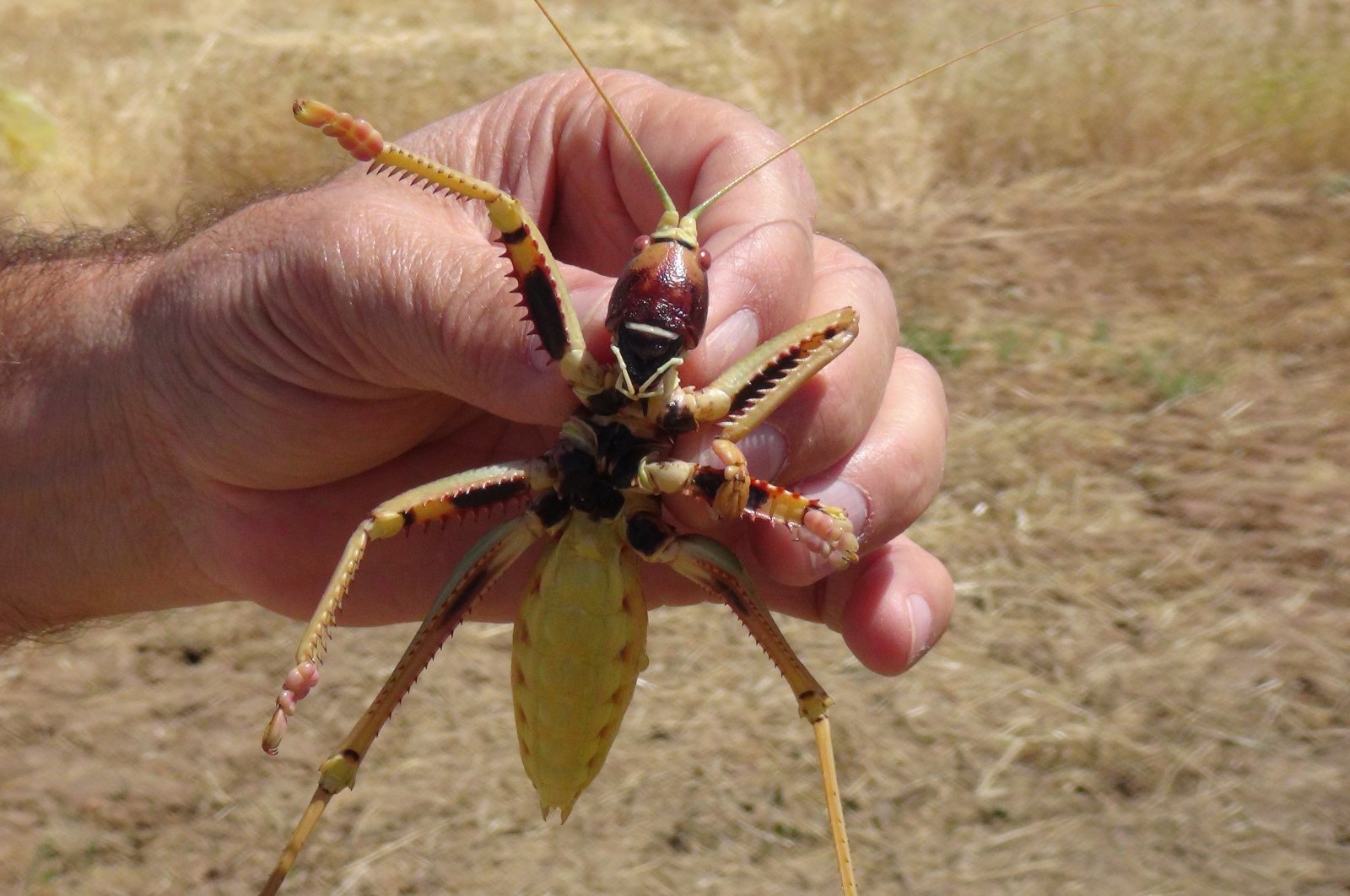 Carnivore locusts up to 15 centimeters in length have been spotted in eastern Turkey raising concerns among locals.

The villagers harvesting in the Gercüş district of eastern Batman province found big locusts in the area. One of the villagers, Cemal Şimşek, said that the huge carnivore locusts were seen last year too.

Another villager Ahmet Soyvural stated they don’t think that this specie is capable of harming people and crops. “We saw them last year too and researched about it. We found out that it is a carnivore specie and does not devour crops,” he said.

Locust swarms have infested more than 23 countries across East Africa, the Middle East and South Asia, the biggest outbreak in 70 years, the World Bank said. It threatens food supplies in East Africa where nearly 23 million people are facing food shortages.

The U.N. Food and Agriculture Organization had announced that the locust outbreak, caused in part by climate change, "an unprecedented threat” to food security and livelihoods.

The World Bank estimates the Horn of Africa region could suffer up to $8.5 billion in damage to crop and livestock production by year-end without broad measures to reduce locust populations and prevent their spread. Even with the measures, losses could be as high as $2.5 billion, it said.

In Kenya, the locusts are eating in one day the amount of food consumed by all Kenyans in two days, Kray said.