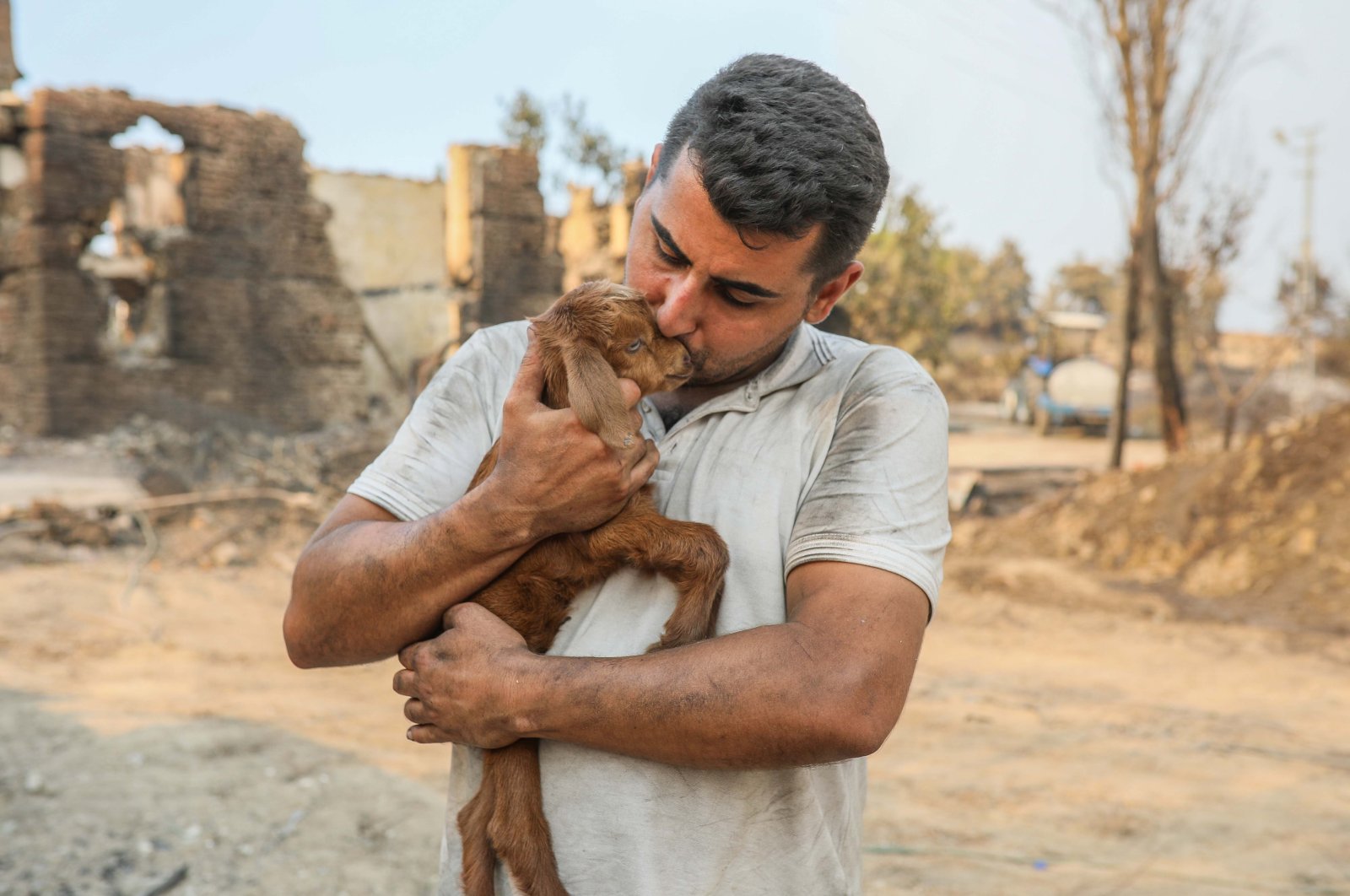 As forest fires hit his village, farmer Sercan Bayat shouted at his cows to run from the flames, not wanting to witness his animals perish.

Seeing his animals threatened by the inferno – a moment he captured on video – was the most difficult moment in 30-year-old Bayat's life.

But although he lost eight of his livestock in the blaze, he later found new life in the shape of a newborn goat kid lying helpless, but still breathing, after its mother had died in the fire.

"Two or three hours after the flames were put out, I saw this one on the ground. He is our baby goat now. We called him Miracle," Bayat said.

"We found another goat amidst the wildfire. She has a baby. There you go. Miracle number two," Bayat added, as he kissed the baby goats.

He said that although his farm in Manavgat in southern Turkey's Antalya is severely damaged and he lost some of his animals, he is now "over the moon" at the kids' survival.

The massive forest fire was one of the approximately 100 fires that broke out this week across southern and western Turkey. Sweltering heat and strong winds fanned the flames. The death toll from the fires rose to six on Saturday, as two firefighting personnel died during efforts to control the blaze in Manavgat. Thousands were evacuated from their homes.

Satellite imagery showed smoke from the fires in Antalya and Mersin extending to the island of Cyprus, around 150 kilometers (93 miles) away.