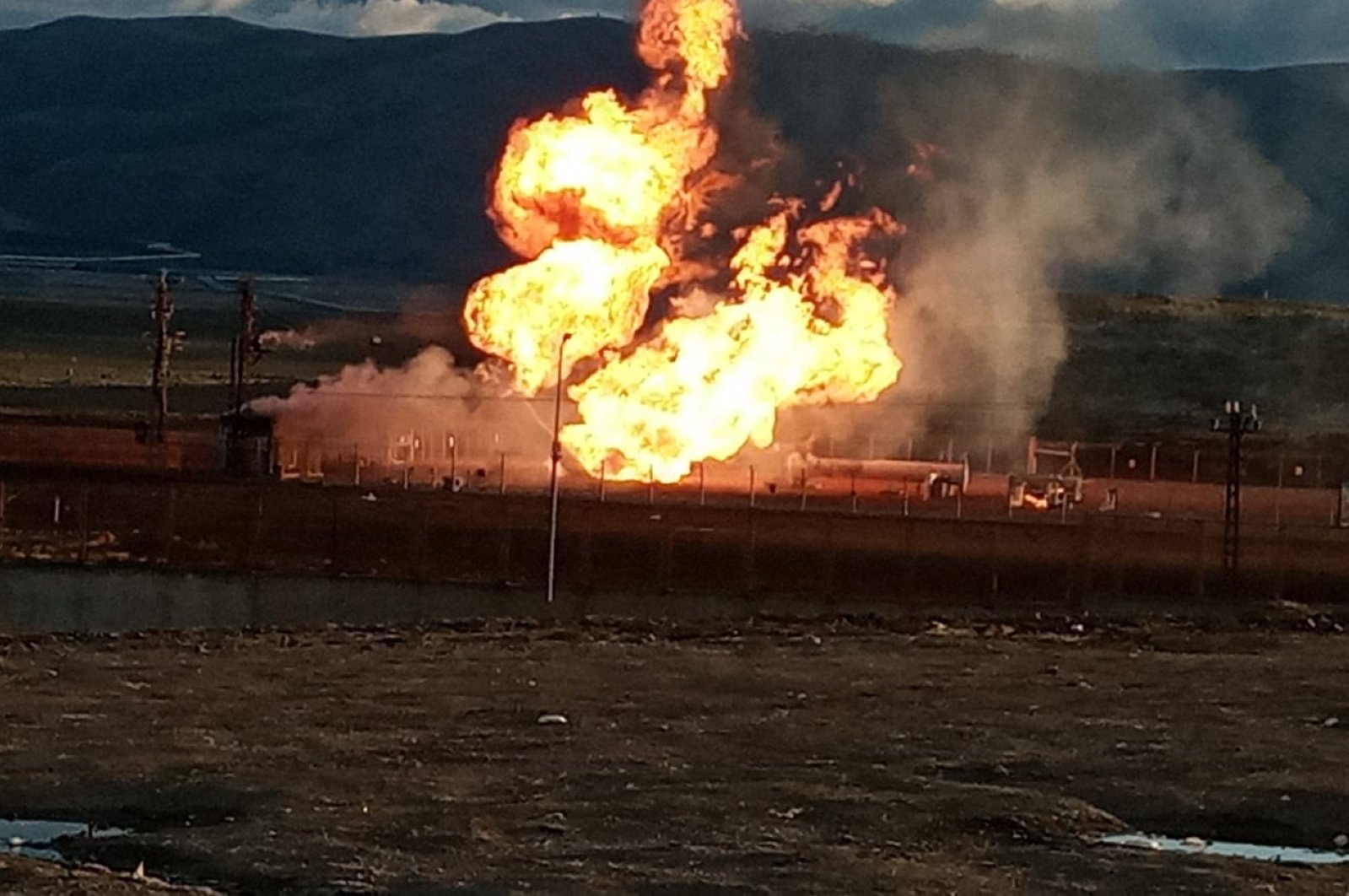 A fire broke out after a mysterious blast at a pipeline, supplying natural gas from Iran to Turkey, early Tuesday.

Local authorities said the blast hit a section of a pipeline near the Gürbulak Border Crossing in the eastern province of Ağrı. The explosion sent a huge plume of flames. The gas supply was cut off and firefighters put out the fire.

Security forces have launched an investigation. Iranian state TV reported that a “terrorist” attack on the Turkish side halted flow in the pipeline.

"This morning, terrorists attacked a natural gas pipeline inside Turkey near Iran's Bazargan border with Turkey. ... The flow of gas has been halted," said Mehdi Jamshidi-Dana, director of the National Iranian Gas Company.

"The pipeline has exploded several times in the past. It is also likely that the PKK group has carried out the blast," he told Iran's state news agency IRNA.

Turkey's state broadcaster TRT Haber said the cause of the explosion was unknown.

"The gas flow on the natural gas pipeline was cut, and the fire that had started was extinguished by fire squads. Security forces are investigating the cause for the incident that caused damage on the pipeline,” TRT Haber reported.

The pipeline, which carries around 10 billion cubic meters of Iranian gas to Turkey annually, has previously suffered from attacks by the PKK terror group active in the region.

Jamshidi said that because of the new coronavirus outbreak, "the Turkish border guards have left, but we have informed them of the explosion and are waiting for their response," IRNA reported.

"It takes usually three to four days to repair and resume gas exports,” he added.