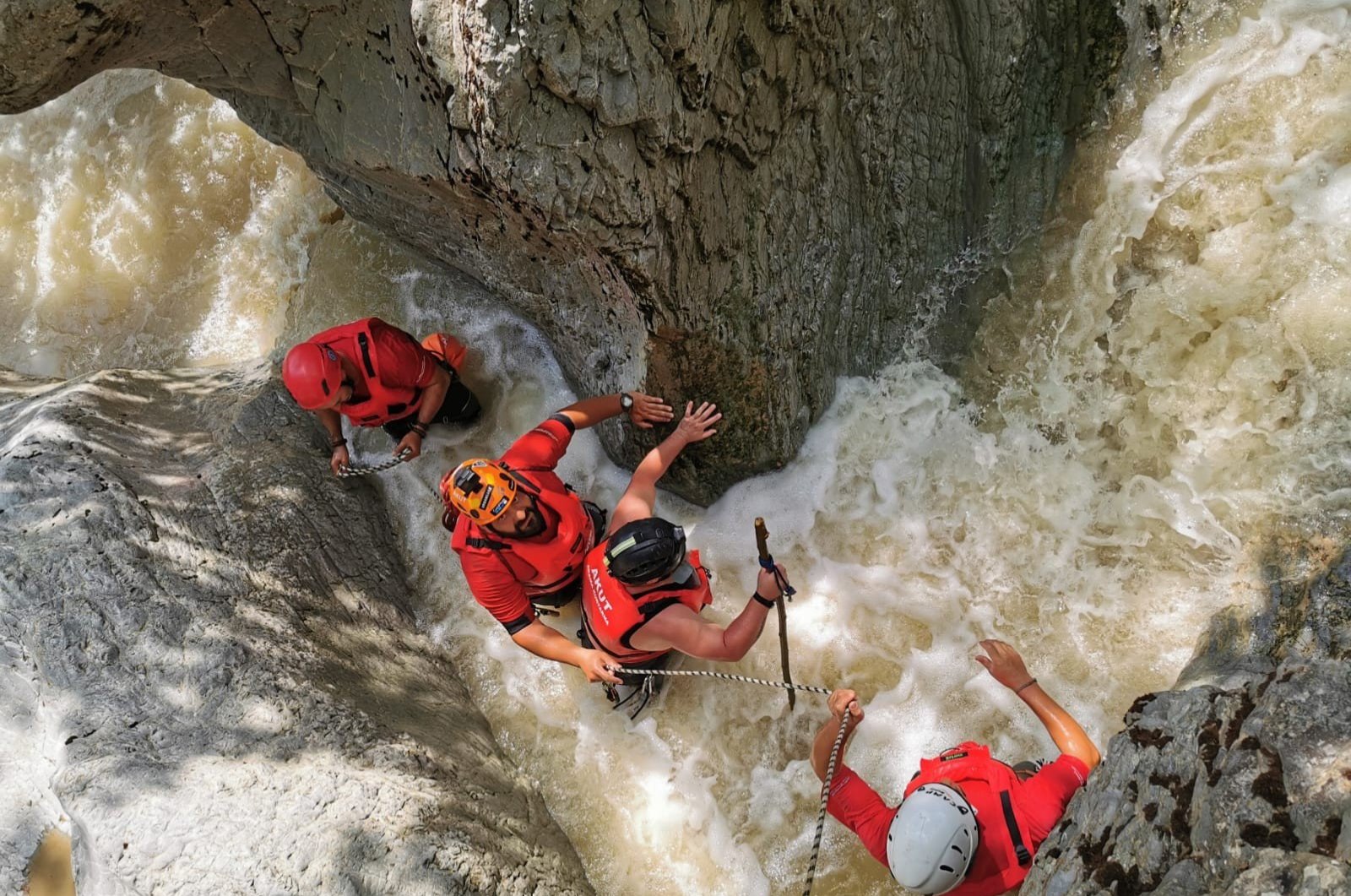 Search and rescue crews found the body of 17-year-old Derya Bilen on Friday after the young girl went missing in flash floods which hit the northwestern province of Bursa on Sunday.

The body was discovered in a stream in the province’s Yıldırım district, some 23 kilometers (14.3 miles) away from the spot she went missing. With the discovery, the death toll from the floods rose to 6.

Bilen was staying at a farm house with her uncle and his family. Her uncle Ahmet, his wife, daughter and their grandmother died in the flash floods in the rural area of Kestel district. A young disabled woman trapped in her house was another victim of the floods which devastated acres of land and damaged houses in several villages around Kestel.

Crews from the Disaster and Emergency Management Authority (AFAD) and local search and rescue crews accompanied by gendarmerie were searching the region to find Bilen since Sunday’s disaster.

Bursa and other cities in northwestern Turkey have seen heavy downpours over the past week, though the damage from flooding was less severe in most areas.

Istanbul was also gripped with floods which killed one person in the city’s Esenyurt district earlier this week. Experts attribute the downpours to “supercell,” a weather system with heavy precipitation and thunderstorms which became more prevalent in western Turkey last week and this week, triggering floods.