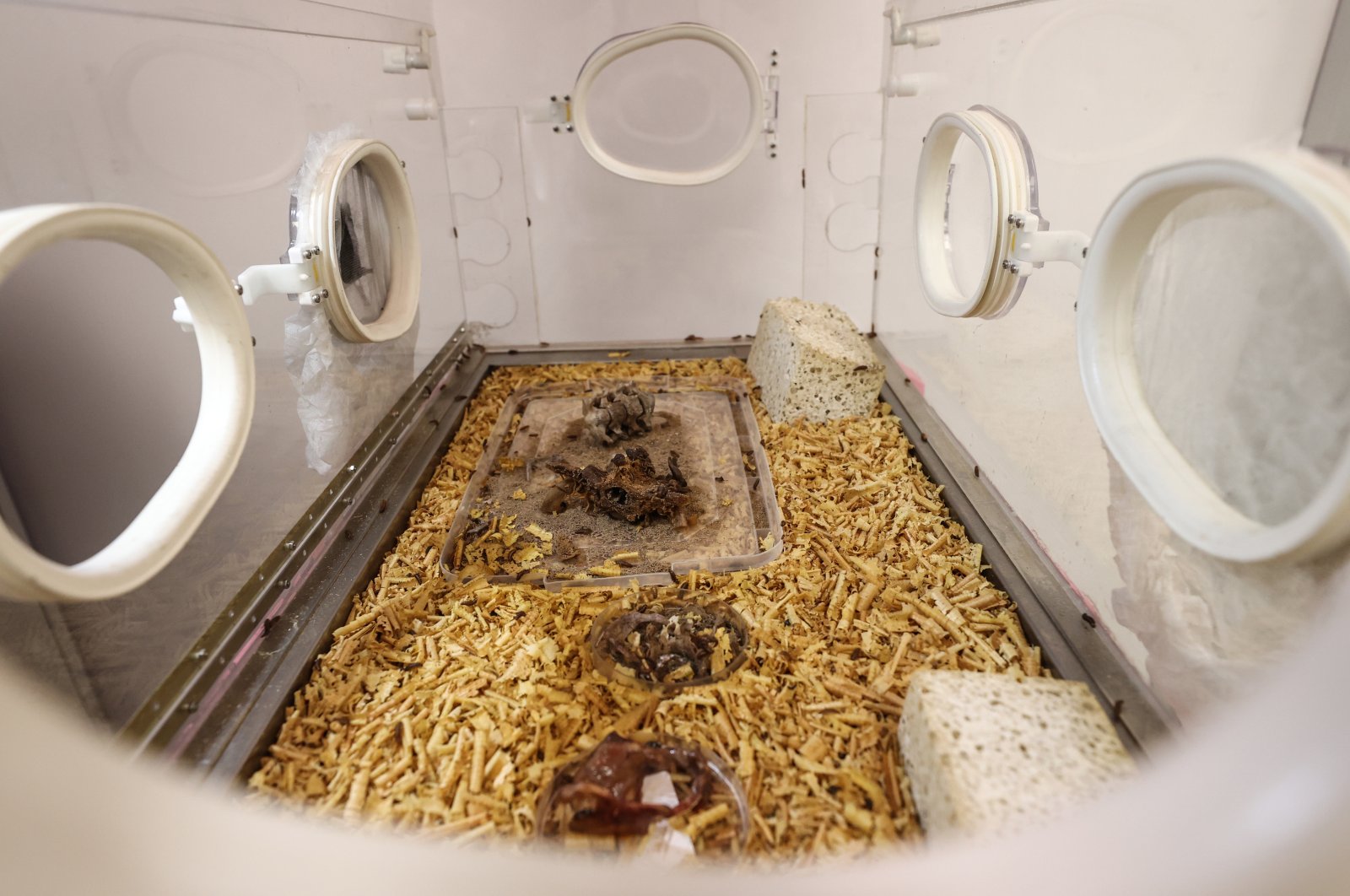 They are the only non-human employees of the Turkish public sector and are little-known outside the staff of the Council of Forensic Medicine. Yet, dermestes maculatus, or hide beetles, are as hard-working as their human counterparts seeking to shed light on crimes. The hairy black beetle is a vital assistant for the investigators at the country’s main forensic medicine agency in performing a seemingly easy task: cleaning tissue from bones. This delicate work, though, is almost impossible without their meticulous routine involving sucking the bones dry of flesh. A dry bone, in turn, helps human staff to better identify causes of death and sometimes, the identity of victims.

The beetles are unofficial staff at the council's morgue department in Istanbul, whose work involves corpse identification and determining causes of death. If bodies are not decomposed, their work is easier, but the autopsy of human remains, especially skeletons, is another matter. The beetles, along with chemical solutions, help the staff to remove pieces of flesh from the bones for trauma analysis. Apart from dermestes maculatus, insects are instrumental in determining the time and cause of death. Murat Nihat Arslan, head of the department, says fly larvae on bodies that just started decomposing help them to find the exact time of death. He says the emergence of different species of insects in a dead body almost gives them a timeline on the process of decay.

Dermestes maculatus have been a key part of the Council of Forensic Medicine for years for microscopic analysis of bones. Kept in an incubator typically used in hospitals for newborns, the beetles are supplied with conditions similar to their natural environment, under ideal temperatures and a regular change in lighting to simulate a perception of day and night. “They need to be kept in certain conditions so they can mate and continue their cycle of life,” Arslan says, noting that an incubator is a perfect place to craft an artificial habitat.

Though they do not have “shifts” like human investigators, it usually takes a couple of days for them to wipe clean a bone. For bones with less flesh, it takes a shorter time. Arslan shows a neck bone cleaned by the beetles and says it is apparent that there is a knife wound. “If we did it on our own, we would have to use sharp objects to clear the bone and this could cast a doubt on the final analysis, whether the cut or scratch is the result of our work or inflicted by a knife used by a perpetrator,” he says.