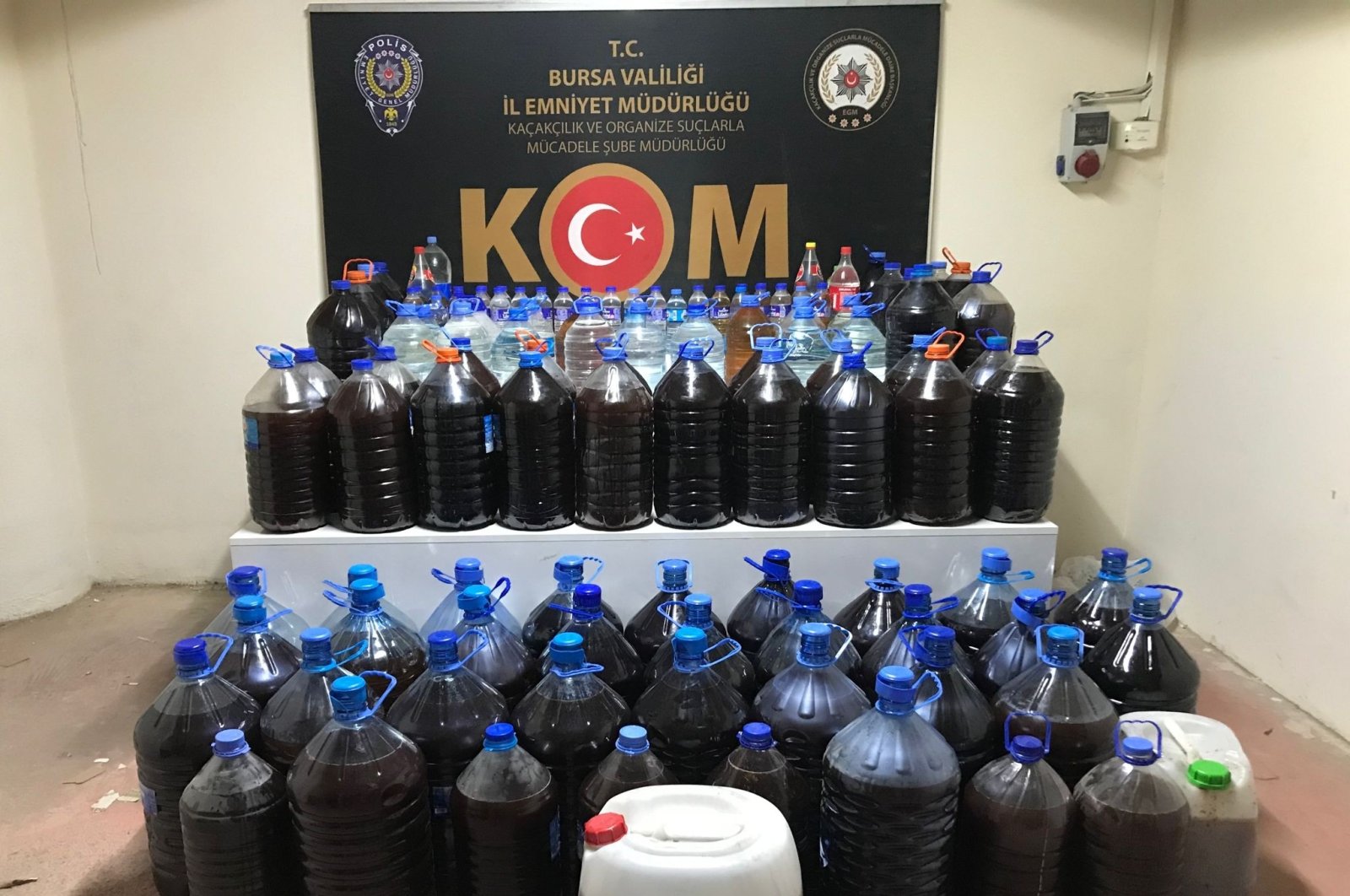 Two more people died of bootleg alcohol poisoning in the northwestern Turkish province of Tekirdağ on Tuesday. Both were among the 29 hospitalized for poisoning in the past two weeks. With the latest deaths, the death toll rose to 12, while six others remain in treatment.

All victims were in the Çorlu district, an industrial town in Tekirdağ province. An investigation found all were customers of the same vendor. Six suspects, including the vendor and his suppliers, were detained after the first cases of poisonings were reported. Operations also seized nearly 1 ton of bootleg liquor.

Illegally produced liquor is often laced with methanol, which can cause permanent blindness, metabolic disturbances and death. In October 2020, 80 people died across the country after consuming bootleg liquor produced and sold by different vendors. Following last year’s deaths, local authorities vowed to step up inspections against bootleg alcohol production in a country where alcoholic beverages are subject to high taxes like tobacco products.