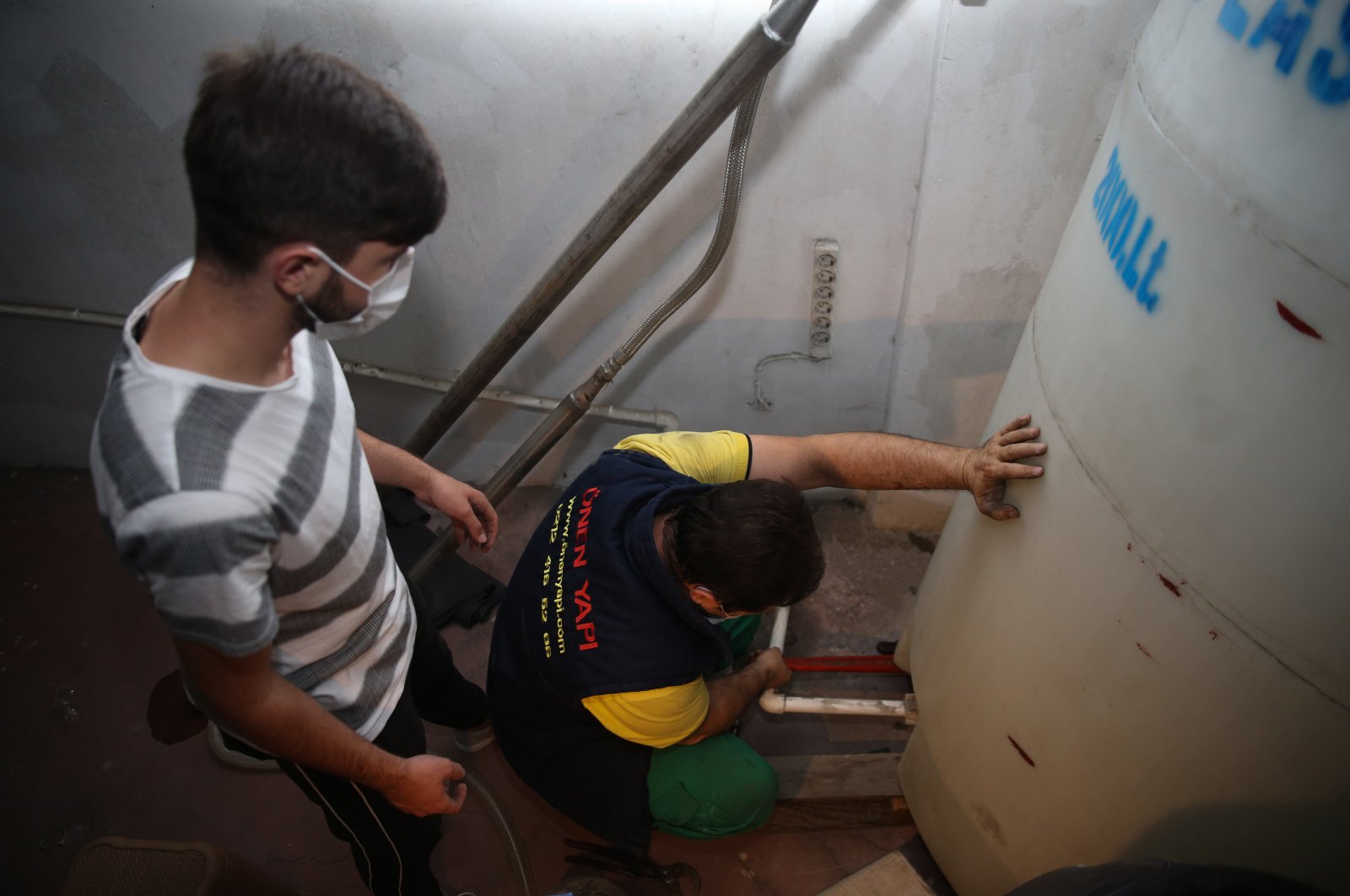 Methyl and ethyl alcohol used in the production of homemade booze were seized in the warehouse in the industrial site in Başakşehir. (AA Photo)
by DAILY SABAH Oct 18, 2020 1:29 pm
RECOMMENDED

The number of people who fell victim to bootleg alcohol consumption in Turkey rose to 58 Sunday.

Şenol Yarar, 53, was the latest victim of bootleg alcohol poisoning. He was taken to a private hospital in the district of Karabağlar in Izmir on Oct. 10 with suspicion of methyl alcohol poisoning, but the doctors were not able to save his life.

Since last week, deaths have been reported across Turkey. The lethal trend is blamed on the use of methyl alcohol by sellers of bootleg alcohol or those brewing homemade drinks. Experts say the rise in the price of ethyl alcohol drove illegal producers to substitute it with methyl alcohol, hence, fueling the string of deaths from the lethal substance.

Police have detained 227 suspects in nationwide operations since Oct. 9 over the deaths, and 63 among them were remanded into custody. Among them was the leader of a gang whose members were arrested in earlier operations against bootleg alcohol producers and sellers. The suspect, identified as H.K., is accused of supplying bootleg alcohol to various sellers across the country. They may be charged with manslaughter or inflicting injury for deaths and hospitalizations. Security forces seized tons of bootleg alcohol and equipment in operations after the first deaths were reported. On Wednesday alone, 3,232 liters of bootleg alcohol were seized in operations. Police also stepped up inspections of liquor stores selling bottles of bootleg drinks falsely branded as licensed drinks.