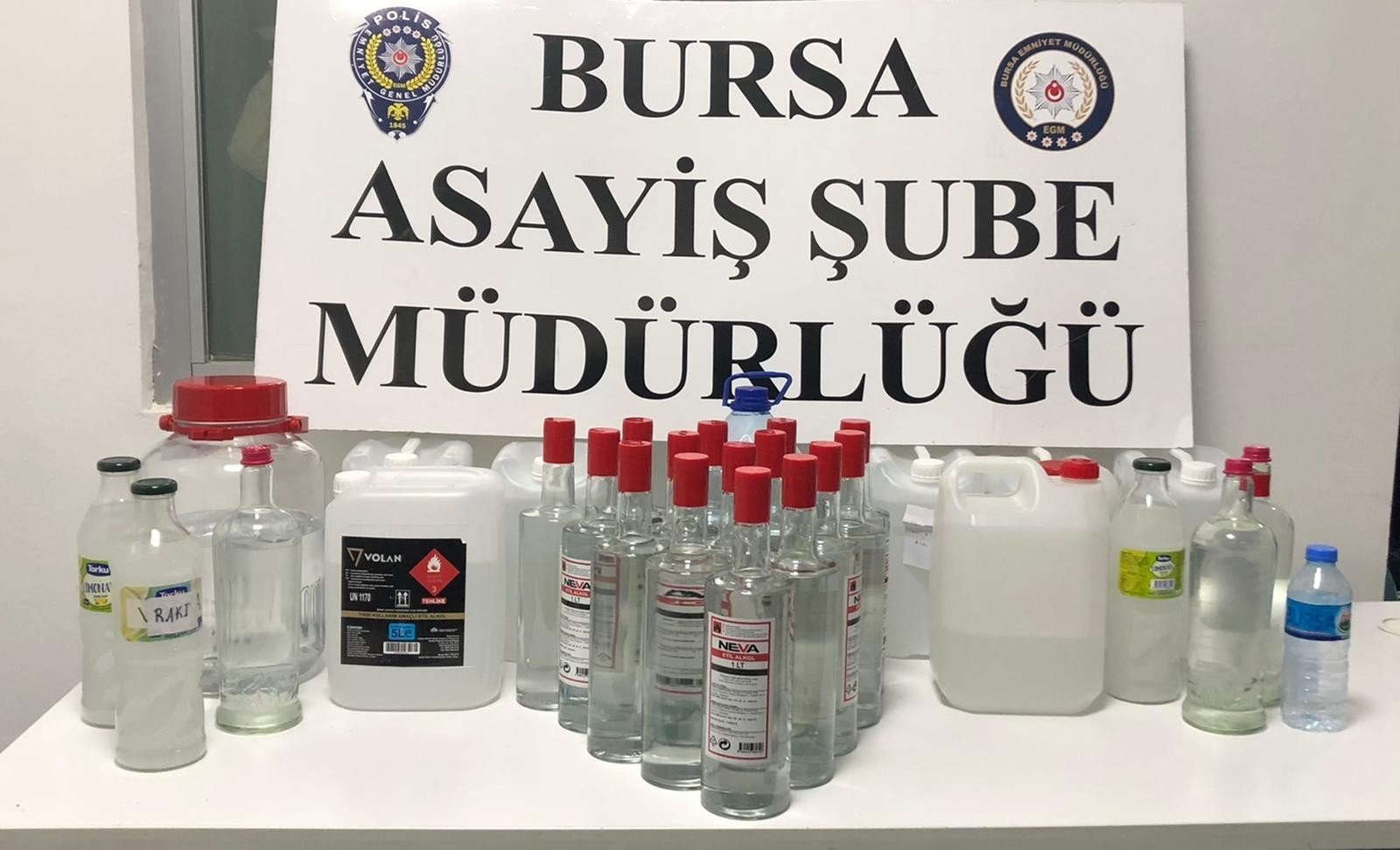 Fatalities from bootleg alcohol hit the headlines once more after three people died in the northwestern province of Bursa this week.

Irfan Çivi, 39, was the latest victim on Wednesday, one day after two others were reported dead, bringing the death toll to 92 since October across the country. Around 89 people were killed in just a few weeks in October after they were poisoned by lethal drinks they either bought or brewed at home.

Eleven others have also been hospitalized in Bursa as of Wednesday, and six among them are in critical condition.

Two people who sold the drinks to victims were detained Tuesday. One of the suspects told police he ordered the ingredients for the drinks from a seller in Istanbul but noticed he was “delivered” a substance used in sanitizer and deadly for human consumption, instead of ethyl alcohol, only after he had sold his concoction.

Police prevented four buyers from drinking the bootleg alcohol and seized 50 liters of the deadly beverage in two days.

Mehmet Ali Incili, son of a 51-year-old victim, said he thought his father was infected with the coronavirus when he became ill. “I later found out that he bought bootleg rakı with Ferdi Nilüfer,” referring to the other victim who died of poisoning.

“My father was not a man to buy fake rakı. I heard he bought it from two men who came to our neighborhood. He started feeling sick about four hours after drinking it. He told me he had nausea. I told him to go to the hospital, but he said he was fine. Hours later, his condition worsened. He told me he was not seeing anything and then lost his hearing. We called an ambulance, but he died at the hospital a few hours later,” Incili told Ihlas News Agency (IHA) on Wednesday as he took the body from the morgue for the funeral.

These deaths come a few weeks before New Year's when alcohol consumption skyrockets in the country. Experts warn the public not to buy from illegal sellers.

Professor Emel Yıldız, a chemistry expert at Çukurova University in the southern province of Adana, told Demirören News Agency (DHA) Wednesday that methyl alcohol used in bootleg drinks was “toxic” and even moderate consumption can lead to death.

Illegally produced liquor is often laced with methanol, which can cause permanent blindness, metabolic disturbances and death. However, using ethyl alcohol that hasn't gone through the fermentation process and is produced for other uses can also cause serious health problems. Experts say the rise in the price of ethyl alcohol drove illegal producers to substitute methyl alcohol for it, hence fueling the string of deaths from the lethal substance. Commercially produced alcoholic drinks have been subjected to high taxes, which have driven their prices to astronomical levels in recent years.

Yıldız says customers should be careful even while buying alcohol from legitimate establishments and check the bottle for marks that ensure its genuineness. She noted that bootleggers have taken advantage of the fact that methyl and ethyl alcohol look and smell quite similar. “The best protection is not to buy suspiciously cheap drinks and buy only from legitimate, known establishments,” she told DHA.