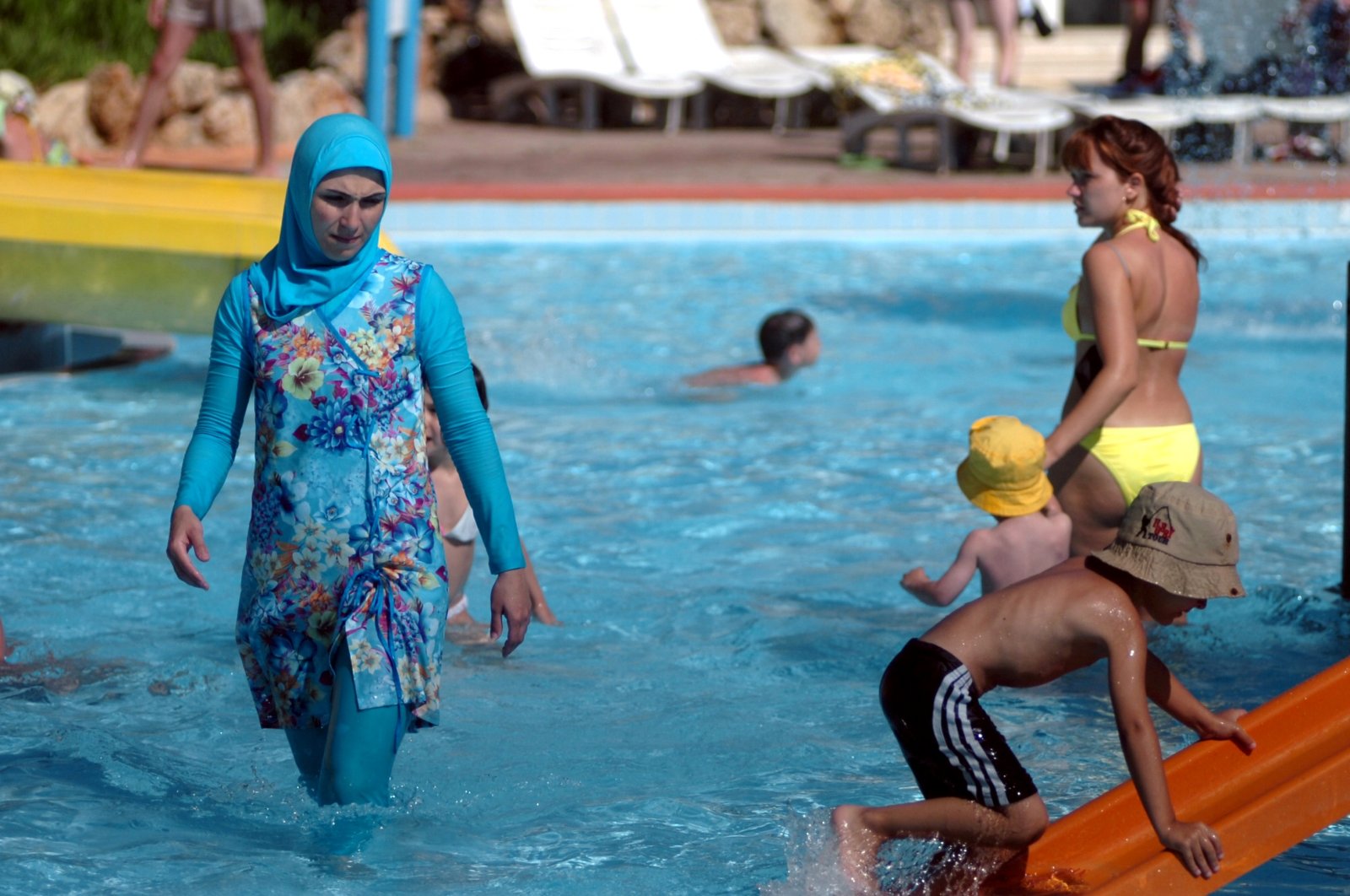 A woman wearing a burkini wades in a water park in Antalya, Turkey. (AA Photo)
by DAILY SABAH WITH AA Jun 17, 2020 3:44 pm
RECOMMENDED

The state-run Turkish Human Rights and Equality Agency (TIHEK) slapped a TL 5,000 ($729) fine on the administration of a condominium that banned women from wearing burkinis in the condo’s swimming pool.

Property owners had forbidden two unnamed women from swimming in burkinis at the condominium in an unspecified city of Turkey. The women appealed to the administration to reverse the decision, and when their appeal was rejected, they took their case to TIHEK, claiming they faced public embarrassment and were denied their right to use the swimming pool. The condominium's administration said in its defense that they made the decision to “protect the health of other residents,” but an investigation by the agency found the condo violated the agency’s regulations against discrimination.

TIHEK says the administration failed to provide concrete evidence that the women’s actions were damaging for the health of other residents. A separate Health Ministry investigation also backed the agency’s view that there was no scientific evidence showing wearing burkinis in public swimming pools endangered the health of other swimmers.

A number of condominiums and beaches have made headlines in recent years for banning burkinis in Turkey, where thousands of Muslim women suffered past discrimination for wearing headscarves and other clothes related to their faith. Turkey does not currently outlaw wearing burkinis or similar clothing, but privately-owned establishments sometimes ban Muslim women from swimming with excuses like public health endangerment.