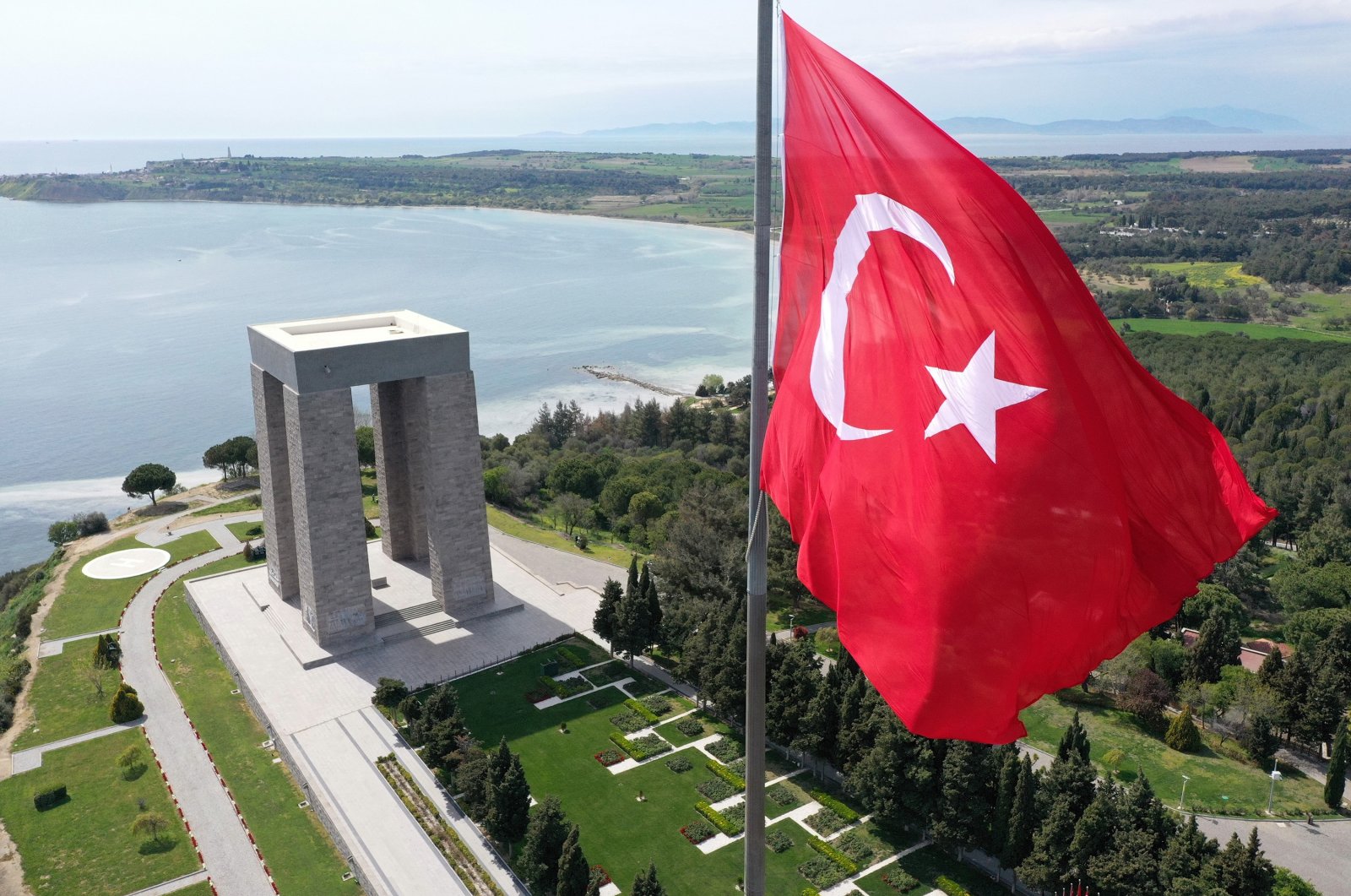 India's ambassador to Ankara said that the monument in Çanakkale in memory of fallen Turkish soldiers during the Gallipoli campaign sends "an important message to the entire world.”

"It is a wonderful monument put up here by Turkey and I saw the message of Mustafa Kemal Ataturk which has actually held Turkey at a very good stage and it is a message for the entire world and humanity,” said Sanjay Panda during his visit to the historic site Tuesday.

"The way Çanakkale follows is really a matter of great pride and it conveys a very important message to entire humanity,” said Panda, who assumed his position as India’s envoy in Ankara last year.

Panda said since he landed in the Turkish capital, he was "really looking forward to paying homage to not only Indian soldiers but a great number of people who lost their lives while fighting for a cause, for a country."

"I didn’t know that there was such a great history buried in this soil but I do know that 15,000 Indians, who were part of the British Empire, fought during World War I ... Some 5,000 of them were killed,” said the Indian ambassador.

A large number of people, mostly Muslims, traveled to Turkey from South Asia in the early 20th century to help the Ottoman Empire.

"When I came here today, I felt so touched and proud,” Panda added.

Tens of thousands of soldiers died in one of the world's most ferocious battles 106 years ago in the Gallipoli campaign in the Ottoman Empire during World War I. The battle took place between April 25, 1915, and Jan. 9, 1916.

Britain and France wanted to secure their ally Russia, as the Gallipoli peninsula provides a sea route to what was then the Russian Empire. Their aim was to capture the capital of the Ottoman Empire, Istanbul.

The Turks repelled a naval attack, and there were many casualties on both sides during the eight-month offensive. When the land campaign also failed, the invading forces withdrew.

Victory against the Allied forces boosted the morale of the Turkish side, which then went on to wage a war of independence immediately following the end of World War 1 from 1919 to 1922, and eventually formed the Republic of Turkey in 1923 from the ashes of the old empire.