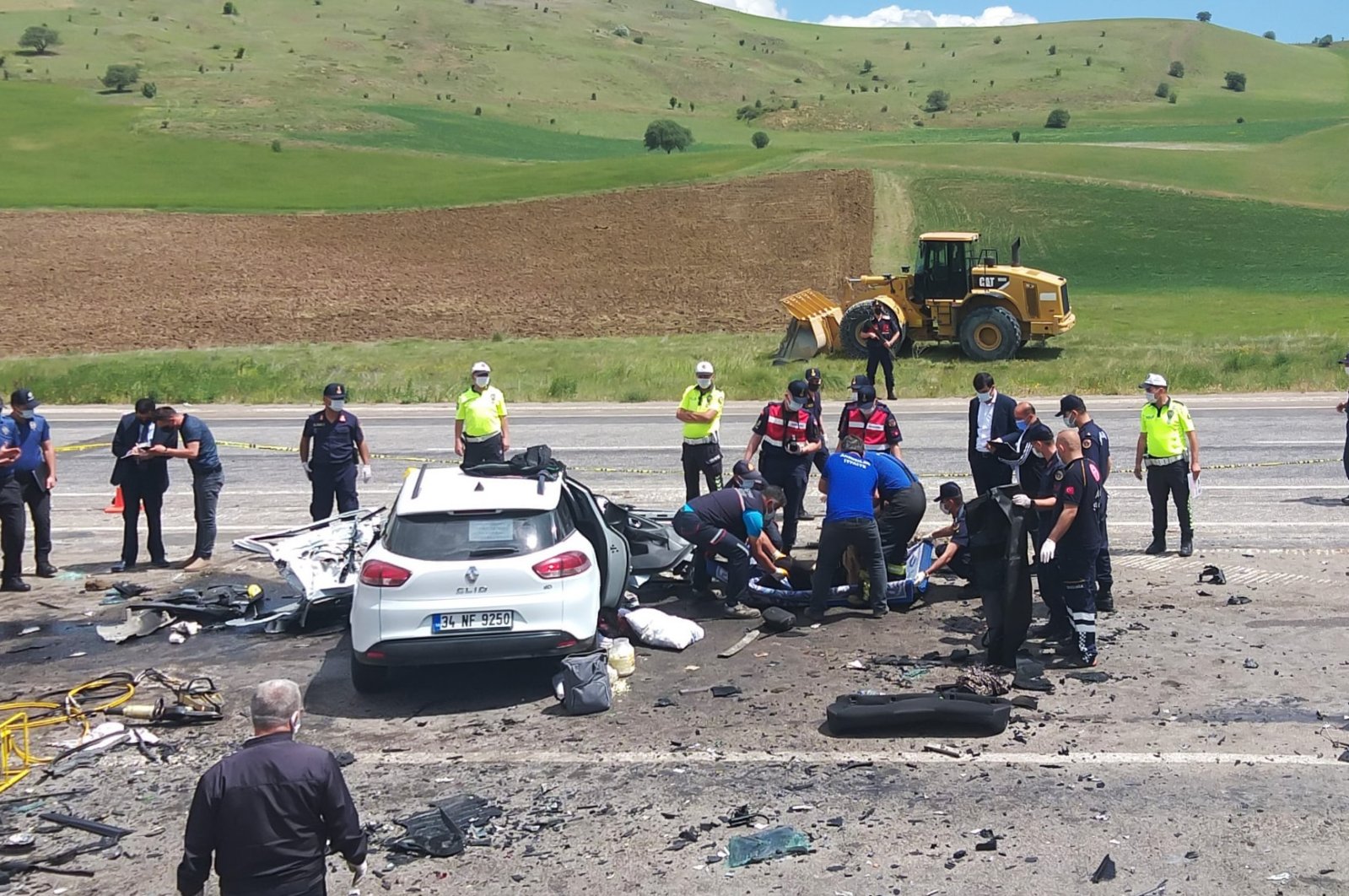 Authorities said nine people were killed in a head-on collision involving two vehicles in the central Turkish province of Sivas on Thursday morning.

The car and small panel van involved in the crash were traveling in the Gölova district on a road connecting Sivas to the provinces of Tokat and Erzincan at the time of the accident. Ambulances were dispatched to the scene. Both vehicles remain largely intact except for their front ends.

Authorities said the accident was caused by Özgür Görünüş, the driver of the car, when he made an “unsafe lane change.” Görünüş, 31, his wife Rabia and their 1-year-old son Ali Baran died in the accident. Hamza Çelik, the 63-year-old driver of the panel van, and five others in the vehicle, including two 10-year-old children, were other victims of the accident.

Traffic accidents claim hundreds of lives every year across Turkey. The latest official figures show 85 people were killed in the Sivas province last year while another 2,527 people were injured in 1,421 accidents.

Across the country, 4,866 people were killed in traffic accidents last year and another 226,266 people suffered injuries, according to figures by the Turkish Statistical Institute (TurkStat). One-third of the accidents stem from drivers exceeding speed limits.