Catchers ready for fugitive animals of bayram in Turkey 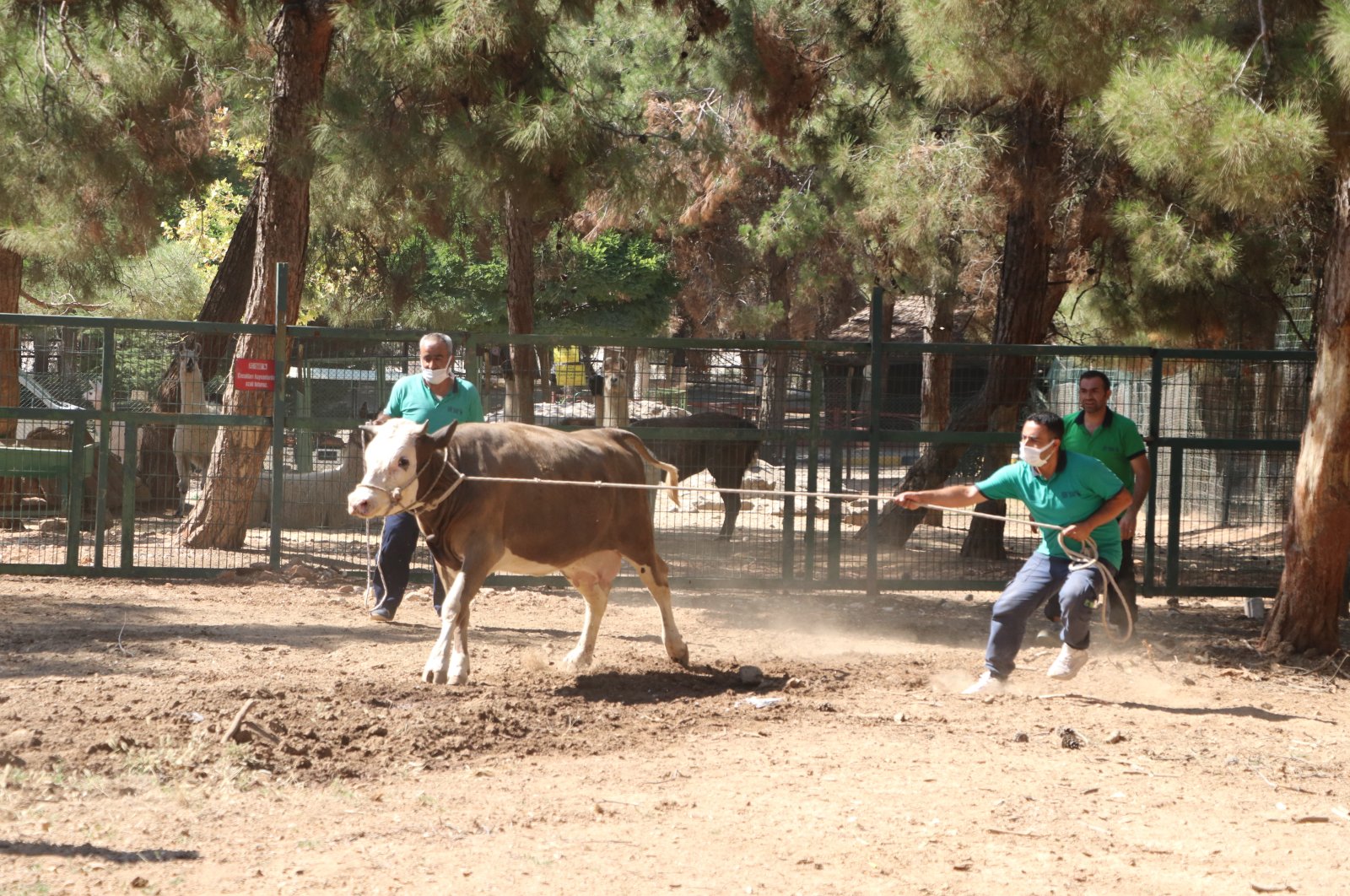 Qurban Bayram (Eid al-Adha) is a time of celebration for Muslim faithful. Though a joyous occasion, things may get ugly when it comes to an integral part of the holiday: slaughtering sacrificial animals.

Sensing their impending fate, cows and the sheep naturally flee their butchers. This is where teams unique to this holiday step in. All across Turkey, municipalities train and ready their crews for the challenging job of capturing fleeing animals, before they can wreak havoc on the streets.

Once a year, teams – usually picked from among workers in the veterinary departments of municipalities – engage in intense training to sharpen their skills in how to handle tranquilizers and lassoes, two options to restrain animals, before they hurt people or deprive their owners of meat set to be devoured throughout bayram.

In the southern province of Gaziantep, 25 workers, in five vehicles, will patrol the streets against fugitive animals. For the past month, they underwent physical training, doing push-ups and runs, to get ready to chase animals. They also worked on real animals to try out their skills to hurl lassoes and learned how to aim and shoot their tranquilizer guns. The municipality also set up a hotline for locals to report any fleeing animals.

"It's coming right for us!": Armed with lassoes, tranquilizers and drones, animal catching crews back in action for Muslim festival of sacrifice in Turkey to hunt down fleeing bullshttps://t.co/r3mUx81Itk pic.twitter.com/yWGbSrNanF

Last year, 280 animals were captured by teams in Gaziantep. The teams are required to lasso in the animals first, and if this fails they are authorized to shoot tranquilizer guns. Vets accompany the workers in order to arrange the correct dosage of tranquilizer needed to restrain the animals.

The animal catching crew in the northeastern province of Erzincan have more in their arsenal: seven workers armed with tranquilizer guns who will handle the pursuit on foot, a horse rider with his lasso readied, a worker riding an all-terrain vehicle and an operator of a drone that will provide air support for catchers. The team works on boosting their physical endurance with regular exercises every day while they ready plans on how to catch the stray animals if they head to places with no access for vehicles, especially in rural areas.