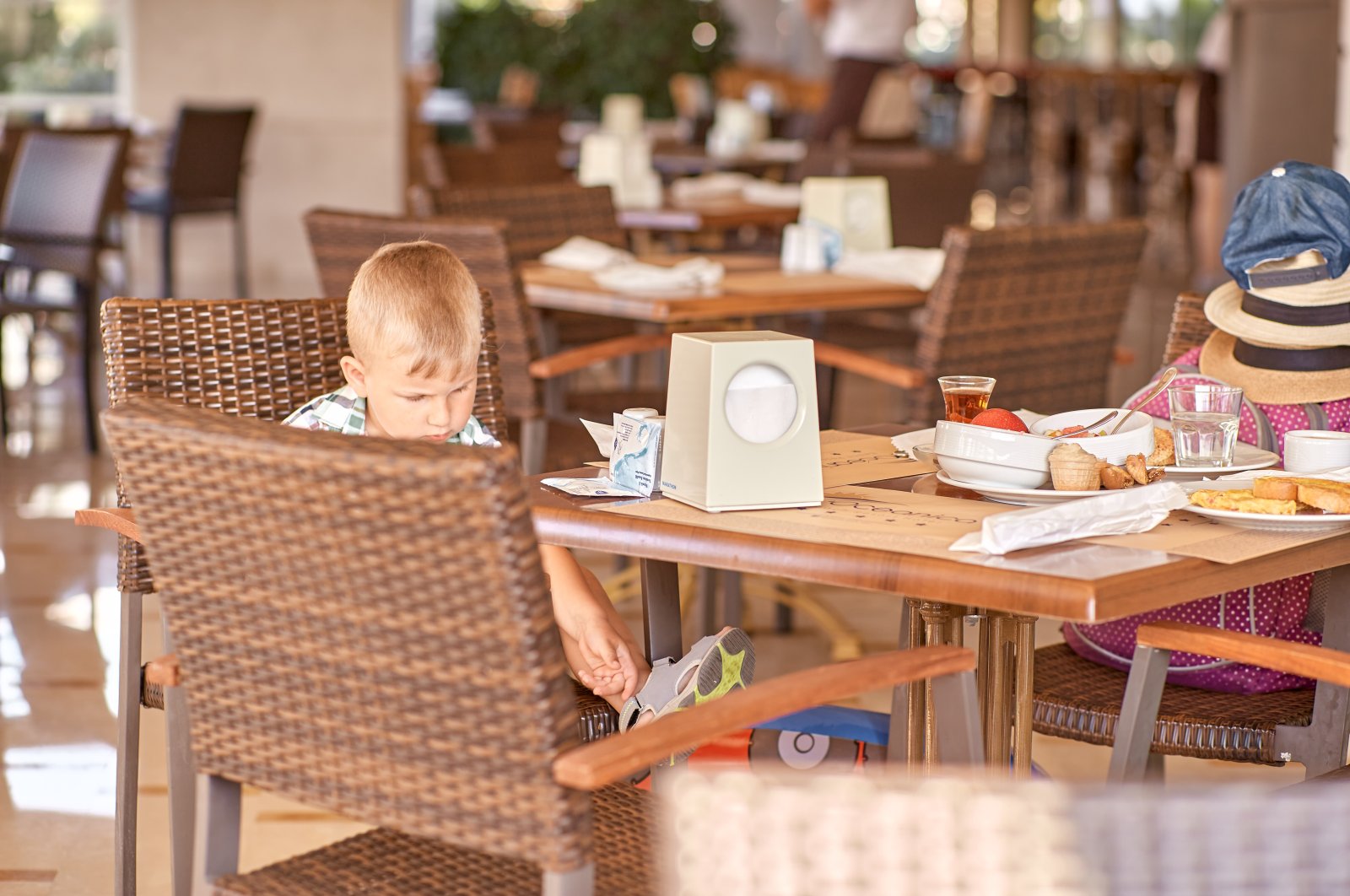 A social media user’s complaint about an unnamed restaurant that does not admit children triggered a new public debate. Social media was awash with messages supporting the social media user Deniz Ay, but others advocate a ban on children in restaurants. Opponents defend the rights of children and their families, while proponents of child-free restaurants wish to enjoy “an atmosphere free of noisy children.”

The debate is actually part of a growing trend on social media's criticism of parents – and sometimes children – making too much noise in public spaces. “Child terror” has been a popular subject on some social media websites, especially among young users complaining of families with unruly children violating their personal space, whether in restaurants or in similar venues. For families, it is the ultimate blow to their freedom of going out with their children. “It is really unthinkable. You go out with your family and decide to sit at a restaurant, but they turn you down. This is a terrible humiliation,” journalist Ohannes Kılıçdağı tweeted, branding it as a discriminating act toward children. Soon, he found himself flooded with comments opposing the children. “How could it be humiliating to eat at a restaurant without the noise of children? I like the concept,” one social media user wrote. Others defended their “right to have peace at restaurants and hotels without the shouts, crying of children.”

Yet, the child-free concept, applied by some restaurants abroad, is something not applicable under Turkish laws, according to legal experts. Also, in a country where restaurants, for decades, advertised that they had a separate section for families, child-free restaurants also appear to be a far-fetched idea.

Assistant professor Murat Can Pehlivanoğlu of Kent University in Istanbul, says restaurants and hotels cannot commit discrimination, and customers have a right to file complaints to relevant authorities. “They can file a complaint to state-run human rights agencies, to ministries and municipalities (in charge of issuing permits to restaurants), and these places can face fines,” he told Demirören News Agency (DHA). “Under consumer protection laws, a business cannot refuse to serve to a customer without a justifiable reason. Even so, you can only limit access for children to certain venues inside a restaurant or in a hotel,” he said.

Tuncay Yılmaz, a father of three, says he would agree with a restaurant not admitting his children “if the place is dangerous for his children.”

“Otherwise, it is a really ridiculous decision,” he said. Nurcan Akkuş, a mother, said it is unacceptable. “Are we supposed to leave our children outside while going to a restaurant not accepting them?” she said.