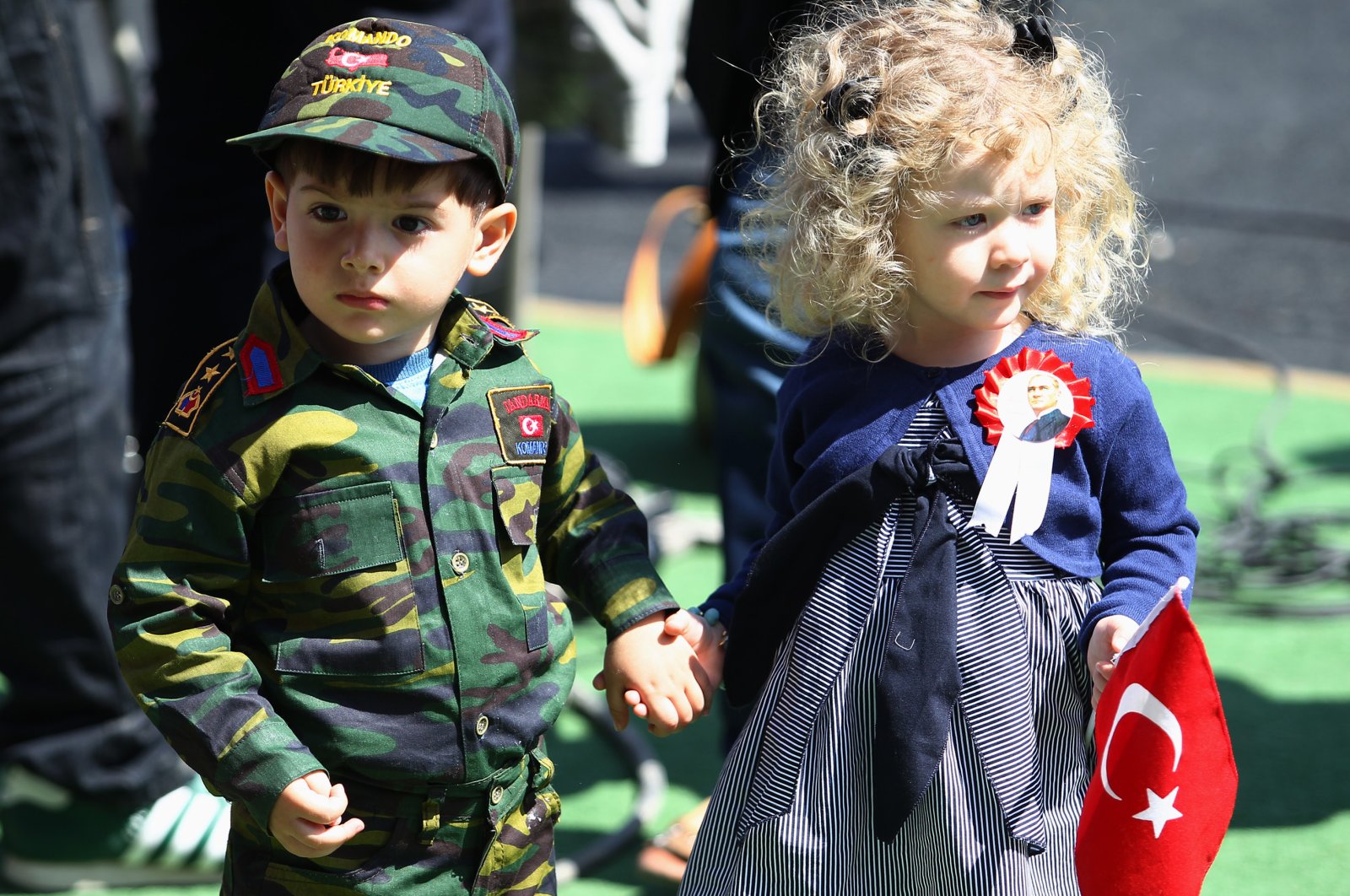 The number of children in Turkey continues to fall, the latest figures by state-run Turkish Statistical Institute (TurkStat) indicates. TurkStat released its 2019 statistical report on children on Friday, ahead of April 23, which Turkey marks as International Children’s Day.

Children, aged 0-17, now make up 22.8 million of the population, or 27.5%, compared to 29.4% in 2014. A graphic accompanying the report reveals that Turkey’s image as a young country may be history in the future. The child population was 45% in 1935, in the 12th year of the fledgling Republic of Turkey, and future projections show a steady decline in the coming years. It is estimated that their share of the general population will fall to 27% at the centenary of the Republic and by the end of this century, it will fall further to 19%. Still, Turkey fares well compared to European countries in which the child population’s proportion is 18.6% on average.

The government strives to promote having more children among families with a string of regulations, from longer maternity leaves to incentives for working women who put off plans to have children in pursuit of a career.

"One will grow up alone, and two will be rivals, so have at least three," President Recep Tayyip Erdoğan is known to tell newlywed couples on every occasion. A decline in fertility and an increase in longevity thanks to better health care options are among factors for the shrinking child population.

Statistics also show a dire trend in births. One out of every two babies is delivered by C-section, a figure that worries health authorities seeking to promote natural births.

On health problems children faced, TurkStat says obesity is common among boys. The prevalence of obesity due to malnutrition for children under 5 was 9.3% for boys and 6.8% for girls.