Child victims of conflicts in Syria and Ukraine meet in Türkiye 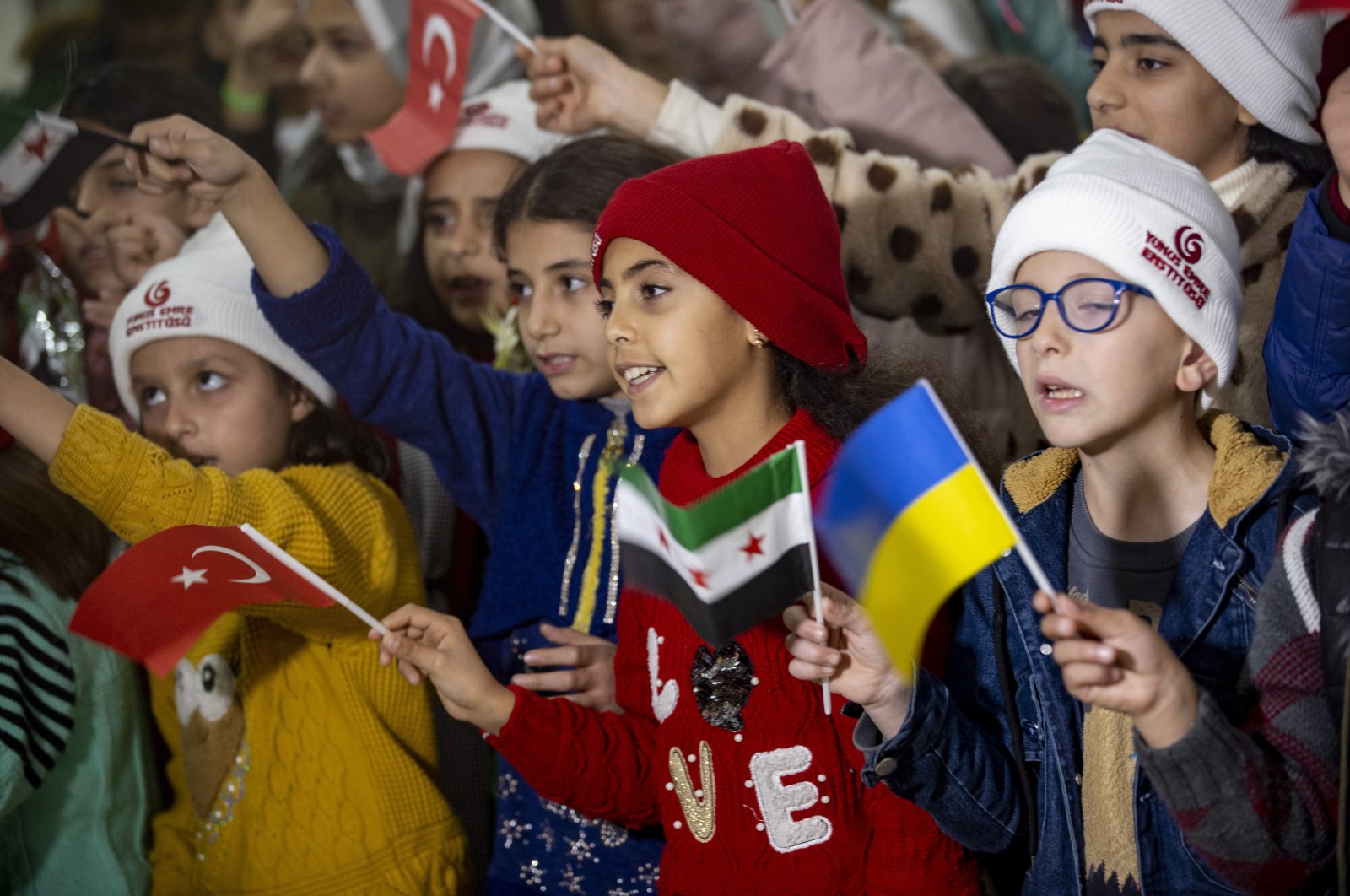 An event in the southern Turkish province of Antalya on Thursday brought together children affected by wars in their own countries.

Children from Syria’s north, which has been liberated from terrorist groups, convened with children from Ukrainian orphanages for activities organized by Yunus Emre Institute in the province, home to a large population who fled the Russia-Ukraine conflict.

Some 500 children from Ukraine, who were brought to Türkiye with the efforts of the Ukrainian and Turkish first ladies, met 30 gifted children from northern Syria, which Türkiye helped clear of terrorists.

Mirna Casim from Syria said she visited Türkiye for the first time and liked Antalya very much. Angeline Denissenkov from Ukraine said she felt at home in Türkiye and thanked the country for helping them. “We are happy here,” she said. The children also wrote letters to President Recep Tayyip Erdoğan and first lady Emine Erdoğan to be opened on Oct. 29, 2023, the centenary of the Republic of Türkiye. They thanked them for hosting them and bringing together children from two countries in Türkiye.