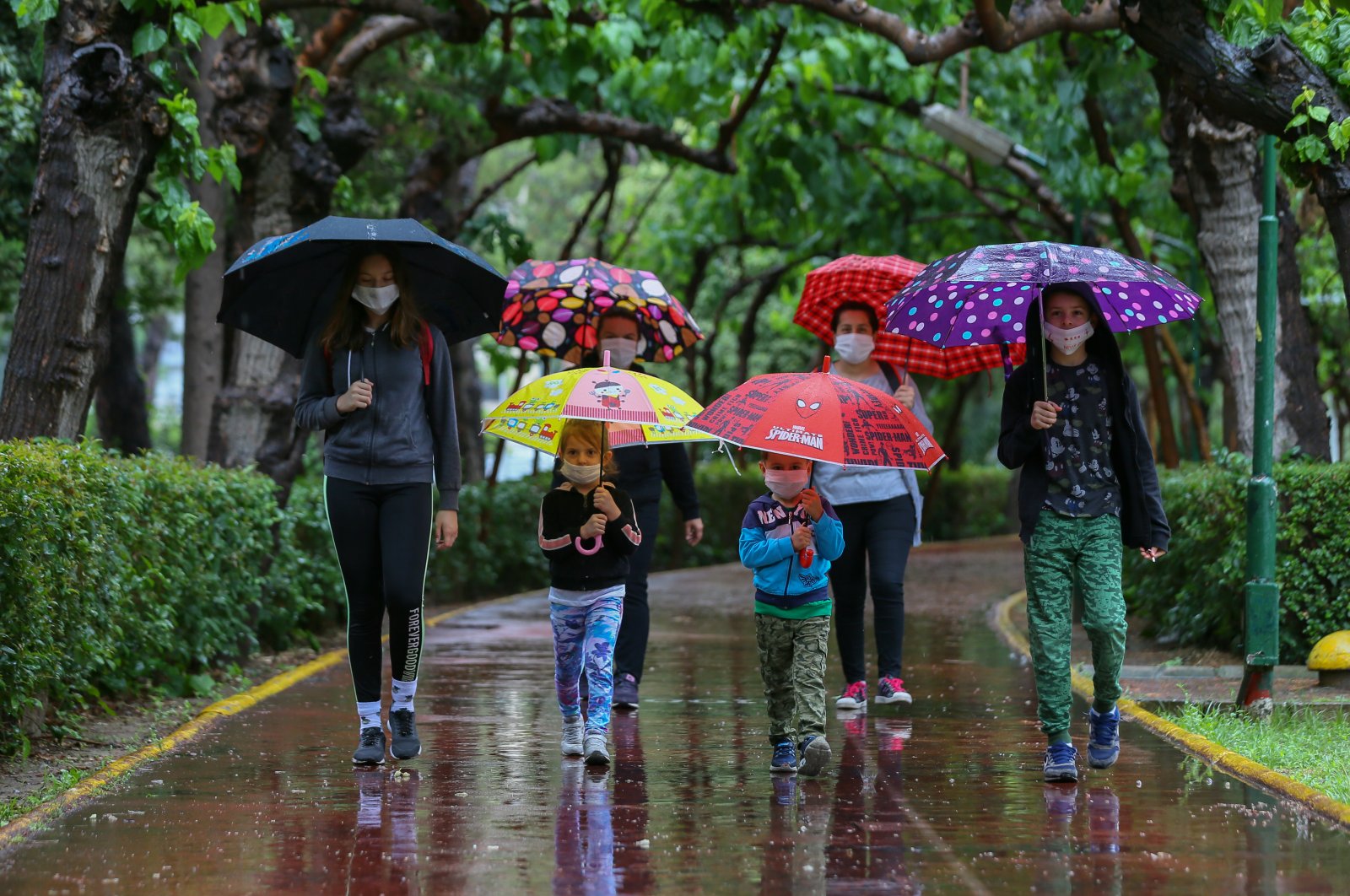 Children walk in a park during an allowance for those aged 14 and under to go out within walking distance of their houses as part of eased coronavirus restrictions, Izmir, Turkey, May 27, 2020. (AA Photo)
by DAILY SABAH May 27, 2020 2:04 pm
RECOMMENDED

After a four-day curfew spanning Ramadan Bayram, also known as Eid al-Fitr, children ages 14 and younger poured out of their homes Wednesday for their weekly time allowed outside, as parks in all provinces of the country echoed with their laughter.

The government first decided to allow younger children to go outside between 11 a.m. and 3 p.m. on May 13 after weeks of a coronavirus-prompted curfew on the young, elderly and chronically ill. The country has stepped up actions to return to normal life as the outbreak was brought under control with the number of new cases continuing to decline. Children ages 15 to 20 will be allowed to go out Friday between 11 a.m. and 3 p.m.

The government initially imposed a curfew for the country’s senior citizens, ordering anyone aged 65 and older to stay home. The curfew was later extended to include youth aged 20 and below, as the number of coronavirus cases increased dramatically.

However, new infections across the country have been on the decline since April 21, prompting Ankara to ease some of the restrictions placed on daily life.

"The success (we have) achieved is the result of the ability of 83 million to conform. Our new lifestyle is one of controlled social life, all together," Health Minister Fahrettin Koca said Tuesday on Twitter.

While the total number of cases in Turkey reached 158,762 with 948 new infections reported Tuesday, 1,492 more coronavirus patients recovered, bringing the recovery total to 121,507.