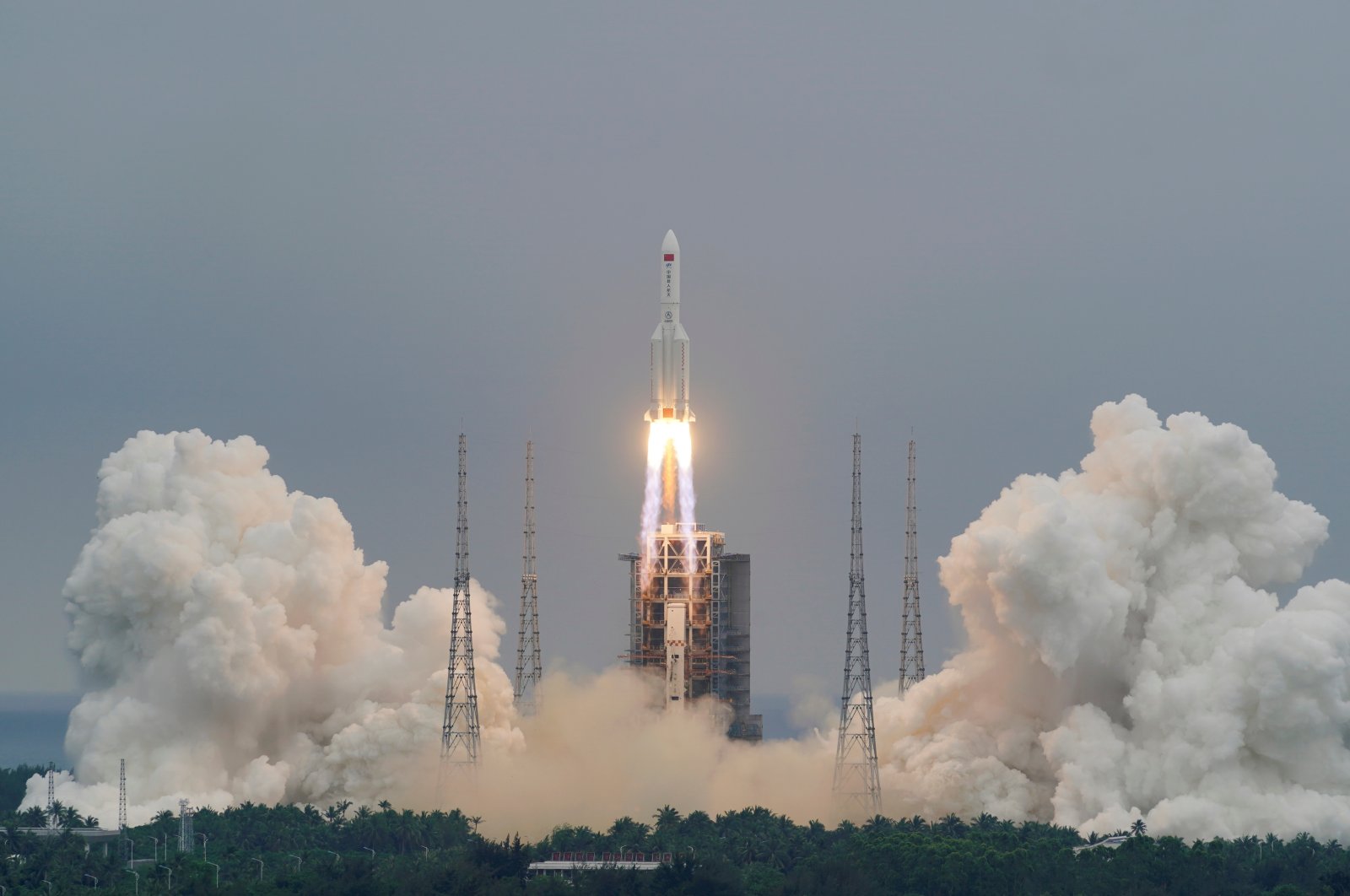 China is downplaying the impact of debris from a falling rocket as Turkish media reports show that pieces of the Long March 5B may hit Istanbul and the capital, Ankara.

The largest section of the rocket that launched the main module of China’s first permanent space station into orbit is expected to plunge back to Earth as early as Saturday at an unknown location.

Media outlets report that the rocket traveling at a speed of 27,000 kilometers per hour (16,770 miles per hour), will likely hit a spot between the 41st parallel north and the 41st parallel south, an area that covers Turkey along with major metropolitan areas ranging from New York to Beijing to Madrid. However, the probability of the rocket landing on an inhabited area is remote according to experts.

Usually, discarded rocket stages reenter the atmosphere soon after liftoff, normally over water, and don’t go into orbit. China’s space agency has yet to say whether the main stage of the huge Long March 5B rocket is being controlled or if it will make an out-of-control descent. Last May, another Chinese rocket fell uncontrolled into the Atlantic Ocean off the west coast of Africa.

Speaking to public broadcaster TRT Haber on Thursday, associate professor Sinan Kaan Yerli, deputy chair of the Turkish Astronomical Society, said the rocket’s pieces would be further broken apart due to friction upon reentry and that only small pieces were likely to fall on earth. “There won’t be a piece the size of a car or larger. The possibility of such a large object falling on a person is one in a trillion in any case. In a world where bodies of water account for 70% of the surface, the possibility of a rocket hitting land is remote. Of course, these are only predictions,” he said.

Still, a row of mysterious lights spotted in the Turkish skies on Thursday evening was enough to send social media into a panic. The lights were later determined to be the panels of Starlink, a low-flying satellite Internet constellation made by famed entrepreneur Elon Musk’s SpaceX, to provide satellite internet access. A similar sighting was made over Turkey in 2020 as well.

This is the second time Turkey found itself under threat of an object falling from the sky courtesy of China. In 2018, the country was again listed among countries that may be possibly hit by Tiangong-1, China’s first space station, after it completed its service. However, it ended up falling into the southern Pacific Ocean.

The United States Department of Defense expects the rocket stage to fall to Earth on Saturday. Where it will hit “cannot be pinpointed until within hours of its reentry,” the Pentagon said in a statement Tuesday. The nonprofit Aerospace Corp. expects the debris to hit the Pacific near the Equator after passing over eastern U.S. cities.