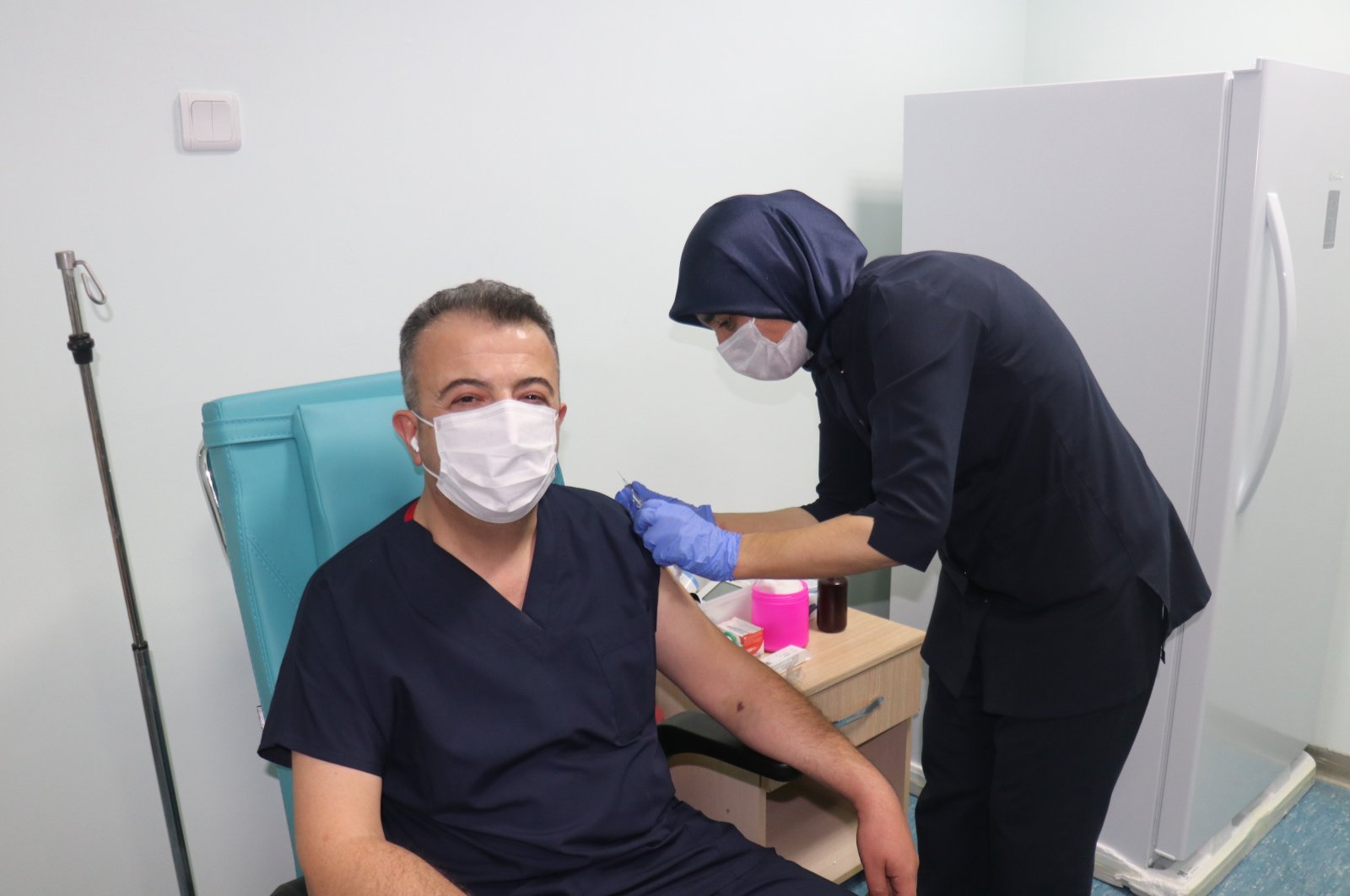 Health minister Fahrettin Koca said CoronaVac, a COVID-19 vaccine developed in China and currently undergoing human trials in Turkey, would be delivered to the public for free.

Speaking to the Turkish daily Hürriyet on Monday, Koca said 10 million doses of the vaccine, developed by Sinovac, were already being shipped to the country.

CoronaVac was the first experimental vaccine brought for trial to Turkey when a group of health care workers stepped up to the plate to be inoculated in September.

A monitoring process of the impact of the vaccine is still underway at 25 centers in 12 cities across the country where volunteers are vaccinated. So far, 726 health care workers have been inoculated and received 1,237 doses of the vaccine in total.

Koca told Hürriyet columnist Osman Müftüoğlu that all legal processes for the vaccine have been completed and health care workers would be prioritized for vaccination.

The vaccine, if it passes Phase 3 trials, will then be delivered to people in high-risk groups, including people with chronic illnesses. Koca said up to 50 million doses may be delivered. Koca underlined that the vaccine would be free, but pharmacies would be allowed to sell other vaccines currently in development once their licensing process is completed. The minister also noted progress in the development of Turkey's own vaccine.

Authorities have recently announced that apart from volunteer health care workers, other citizens could also apply for human trials of the CoronaVac. Initial assessment reports on the vaccine found no serious side effects of the vaccine, apart from a low occurrence of fatigue, headache and muscle pain. Turkey plans to vaccinate a total of 12,450 volunteers in the trial.

Ayşegül Durmaz, a teacher, and her daughter Gökçe Durmaz were among the first volunteers outside the health care sector to be vaccinated with CoronaVac in the capital Ankara on Monday.

Ayşegül Durmaz told reporters after the inoculation that she volunteered to protect her loved ones. “I have hepatitis B and found out that volunteers were wanted when I was here for a visit to my doctor, so I applied,” she said at the Ankara City Hospital. “I wanted to serve humanity,” she added.

The teacher said both she and her family have been careful to prevent COVID-19 infections and have managed to dodge the outbreak so far. “I have three children, and they are all very conscious about it. I took all measures and left the rest to fate,” she said.

The country is also running human trials for a vaccine jointly developed by U.S.-based Pfizer Inc. and Germany’s BioNTech. Earlier this month, human trials also started for ERUCOV-VAC, an inactive vaccine candidate developed by scientists at Erciyes University in the central province of Kayseri.