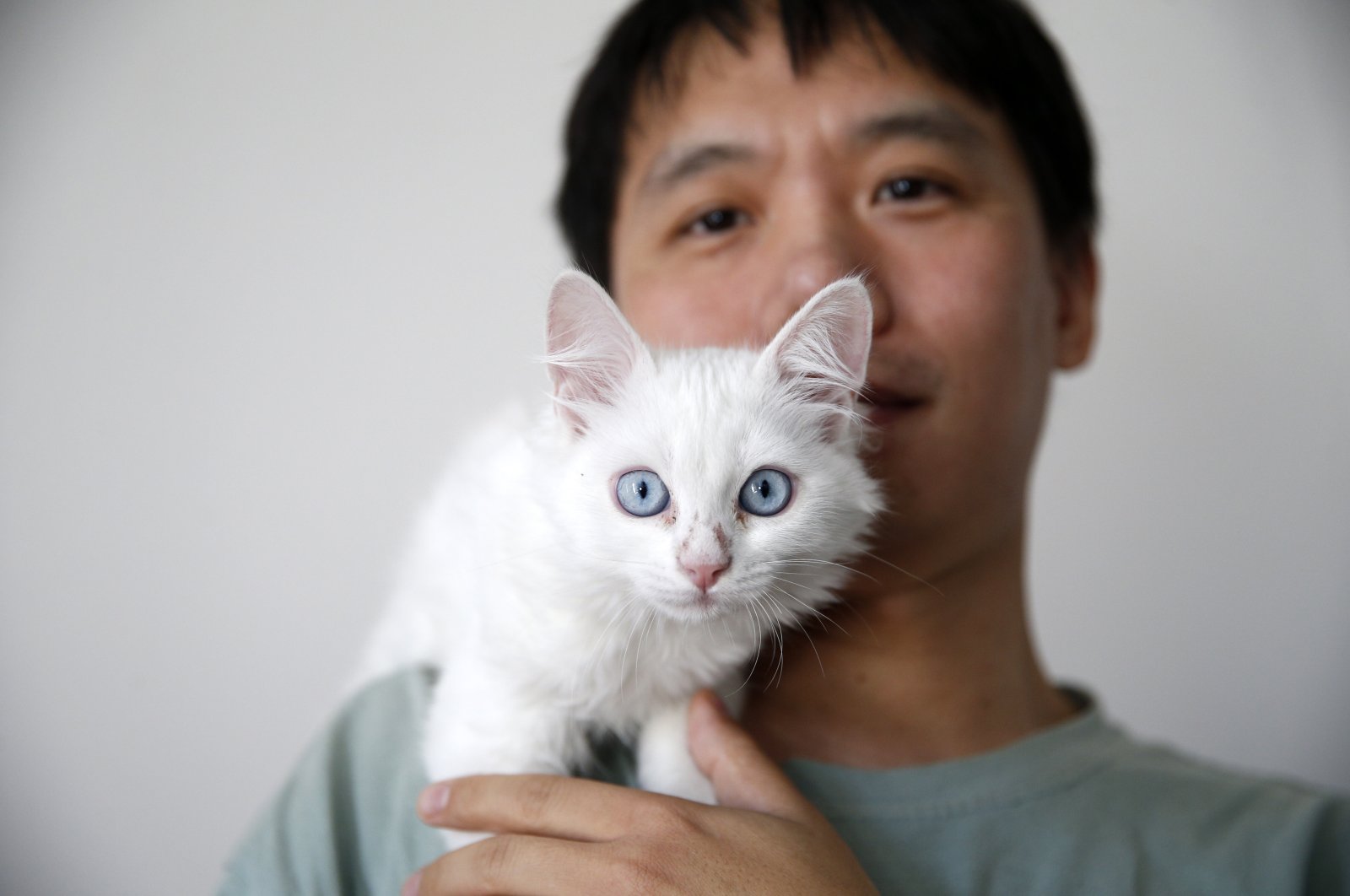 A Chinese man's love for Turkey's unique Van cats inspired him to travel 7,000 kilometers (over 4,000 miles) to adopt one.

Sun Ping, a lecturer at Peking University in Beijing, heard about Van cats, which are famed for the color of their eyes and fluffy fur while doing research on the internet and then wanted to adopt one.

After completing the necessary procedures, he was very happy to own a Van cat, Sun told Anadolu Agency (AA).

Van cats are a very smart and friendly species, he also said, adding: "I think, due to its nature, it is also a symbol of the relationship between humans and nature.”

Noting that his interest in this breed of feline started around two years ago, Sun said he researched many sources on it.

"Breeds in Europe are not pure, white color. They have colors on their heads and tails,” he said, adding that then he found Yakuter, also known as Nuh Baba (Father), online.

"He (Yakuter) told me about the Ankara cat and other breeds in Turkey,” Sun said.

Van cat to be online star

Sun said he manages a media program in China, and his new pet will accompany him while he streams videos for subscribers.

"In the program, I will tell about the history and culture of Van cats in Turkey,” Sun said, noting that the breed cannot be found in China.

Yakuter said he raises true-bred Van cats in his house, adding Sun liked his cats when he saw them online and decided to come to Turkey. "He adopted a 5-month-old Van cat,” Yakuter said.

Van cats can be categorized based on the color of their eyes and fur. While some are odd-eyed – one blue and the other amber – others have a pair of blue or amber eyes. Some cats also have completely white fur but others have a dash of brown above their ears, head or on their body.