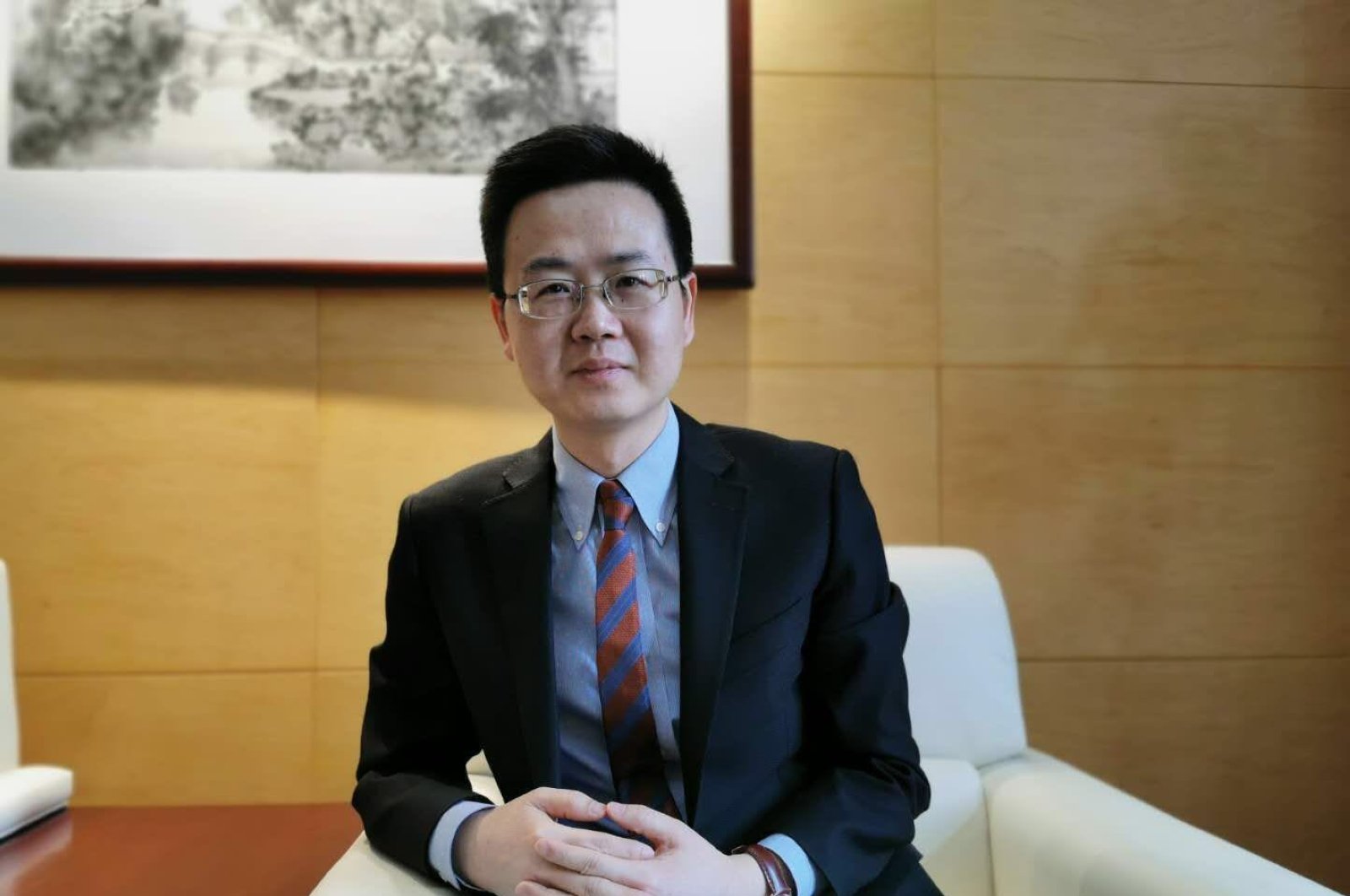 Cheng Weihua, the undersecretary of the Chinese Embassy in Ankara, March 13, 2020.
by Burak Erdem Çelik Mar 13, 2020 11:55 am
Edited By Dilara Aslan
RECOMMENDED

Cheng Weihua, the undersecretary of the Embassy of the People's Republic of China in Ankara, has praised the significant support his country has received from Turkey in the fight against the recently emerged coronavirus, COVID-19, that has spread around the globe since December.

Speaking to Daily Sabah, Weihua stated: “We have seen significant support from Turkey since cases of the new coronavirus began to emerge, and we have had great cooperation.” The undersecretary also recalled that China had received a message of condolence from President Recep Tayyip Erdoğan and thanked the Turkish people once again for the aid offered in combatting the spread of the new illness.

The ongoing coronavirus pandemic was first reported in Wuhan, Hubei, China and is characterized by acute respiratory issues. After claiming the lives of more than 3,000 people, on March 11, 2020, the World Health Organization (WHO) officially declared the outbreak a pandemic.

“Turkey’s Health Ministry is working intensely in the fight the virus. We are in constant contact with authorities and know that they have been working day and night. Currently, Turkey is the country that is undergoing the pandemic in the mildest way compared to neighboring countries, which shows how effective and successful its policies have been,” Weihua added.

As Turkey has managed to keep the coronavirus at bay amid skyrocketing numbers of cases in nearby nations, more than two dozen countries have contacted Ankara to share information and offer consultancy in the fight to mitigate the deadly virus' effects.

But it has not been a stroke of luck or a matter of coincidence that Turkey has so far managed to prevent the virus from crossing its borders. Indeed, early awareness on the part of the authorities of the potentially global scale of the emerging threat was a key factor, showing initiative when the country's counterparts in other regions were slow to react, Weihua commented.

In January, the Health Ministry installed the first three thermal cameras at the Istanbul Airport, the nation's gateway to the world, where millions of travelers are welcomed to arrive or transit through to other destinations.

Explaining that China had likewise been engaged in painstaking efforts to tackle the disease, Weihua recognized that Turkey has sent aid to China on three occasions since the outbreak began. “The first time was when Turkey brought medical equipment on the plane sent to evacuate Turkish citizens from Wuhan. After this, the Health Ministry and Turkey's Disaster and Emergency Management Authority (AFAD) sent aid. Finally, we also received around 100,000 medical masks and a few thousand N-95 special masks and protective medical suits,” he said.

İGA, the company that operates Istanbul Airport, also delivered 3 tons of aid worth $120,000 to be used at Chinese airports, from single-use masks to protective suits.

The undersecretary further elaborated that the Chinese government had taken the fastest measures to curb the spread of the virus, even though it came at a critical time during the Chinese New Year when people often travel to visit family. "Millions of people stayed at home and made personal sacrifices to prevent the spread," he said. He also mentioned that China had built two hospitals in Wuhan with a capacity of 2,500 beds in total in 10 days and that a reverse trend had started after Feb.19: "The number of confirmed cases has dropped since."

Research groups are currently searching for a vaccination for the disease, while one of these groups has started conducting tests on animals and is expected to start testing humans within a month.

When asked if there would be any further partnership between Turkey and China, Weihua said information and plan sharing would continue to treat patients, as well as video conferences between both nation's authorities.