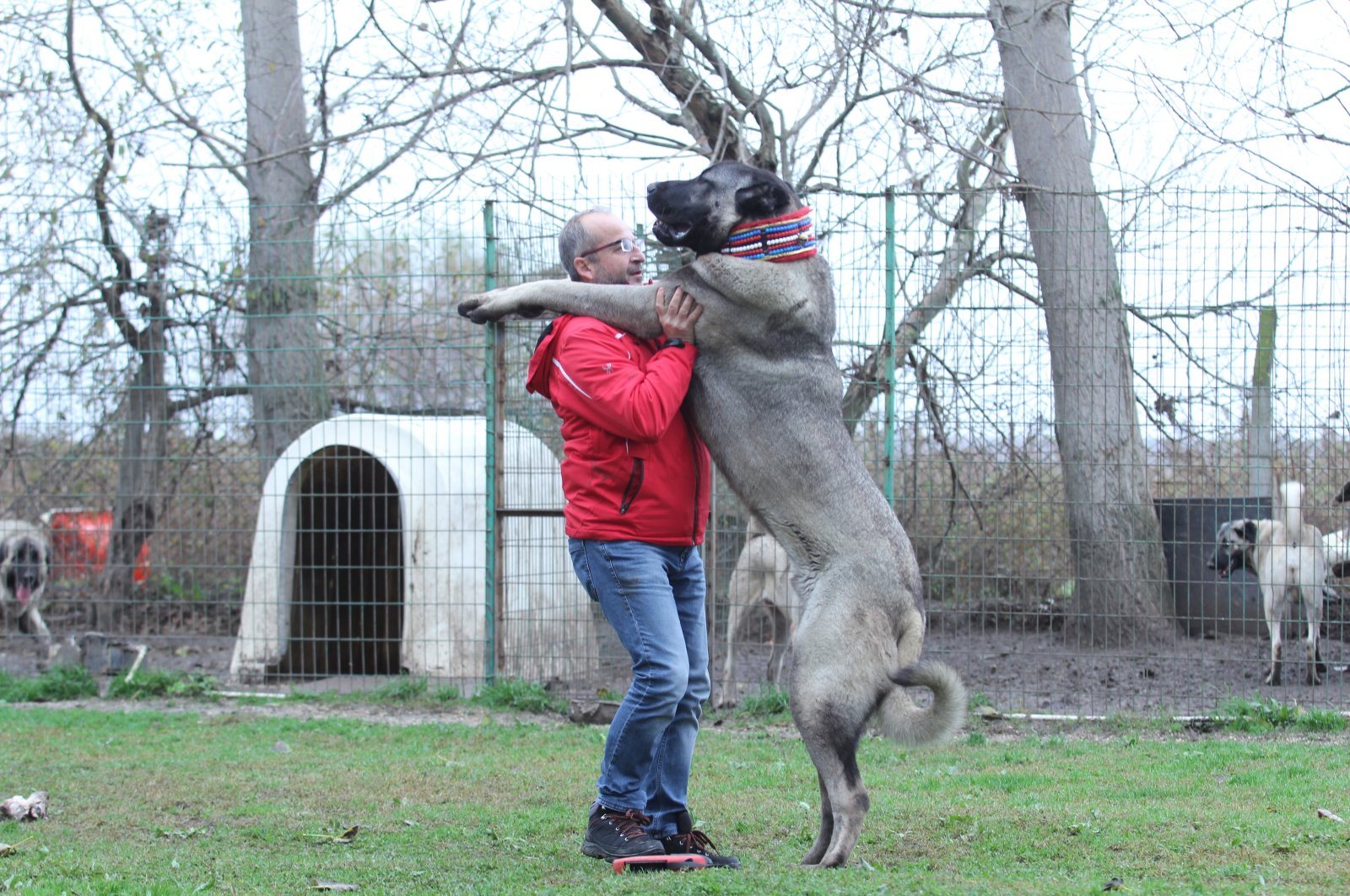 Kangals, probably the most famous of the Turkish canine breeds, will be tracked with chips and IDs in an effort to protect the breed in their hometown in central Turkey's Sivas province.

Known for their immense size, which earned them the nickname “Anatolian lion,” Kangals are among the most sought-after breeds for their agility, intelligence, loyalty and courage. Sivas, whose district of Kangal inspired the name of the breed, hosts a major breeding facility for the dogs. The facility, currently under renovation, aims to be a modern center focused on preserving the breed. Dogs born there will be implanted with chips so they can be tracked throughout their lives. The chips will include vital information like their date of birth, the identification of the dog’s parents and diseases they might have. The chips will also help in tracking lost animals.

The center aims to study the breed's genealogy, and each dog will be given an ID. Sivas Governor Salih Ayhan said the Kangal has been “a brand” for Turkey, and they are concentrated on the preservation and promotion of the breed with the assistance of the Ministry of Industry and Technology. “The new center will be a place for breeding and training Kangals and will allow us to promote them worldwide. It will have surgery suits for births, a museum and places dogs can roam freely. In the hands of qualified staff and agencies, Kangals will be bred and their genetics closely monitored,” he said.

“The chips’ main purpose is to prevent any attempt to modify the genes of the breed. We are aware of wrong practices like cross-breeding, and we want to stop it,” Ayhan said. “Wherever the dogs raised here go, they will be tracked,” he told Anadolu Agency (AA) on Sunday.

Kangal breeders hailed the news. Orhan Yalçınkaya, who heads an association for the preservation of the breed, said dogs fitted with chips should be paired with each other for mating for better preservation. “If we can help them continue their pure pedigree, it will be a success. We also expect authorities to give incentives for breeding Kangals fitted with chips as they do for farmers raising sheep and cattle fitted with chips marking their authenticity,” he told Demirören News Agency (DHA).

Kangals, a guard dog, are the preferred choice of herdsmen across the globe for effectively blocking any attack, often without harming the animals preying on herds.

They are also used for psychological therapy for children, especially those with autism, and for those recovering from drug addiction. Their origin dates back to more than 6,000 years. They are capable of enduring Turkey's harsh climate in winter and the nomadic lifestyle of shepherds.