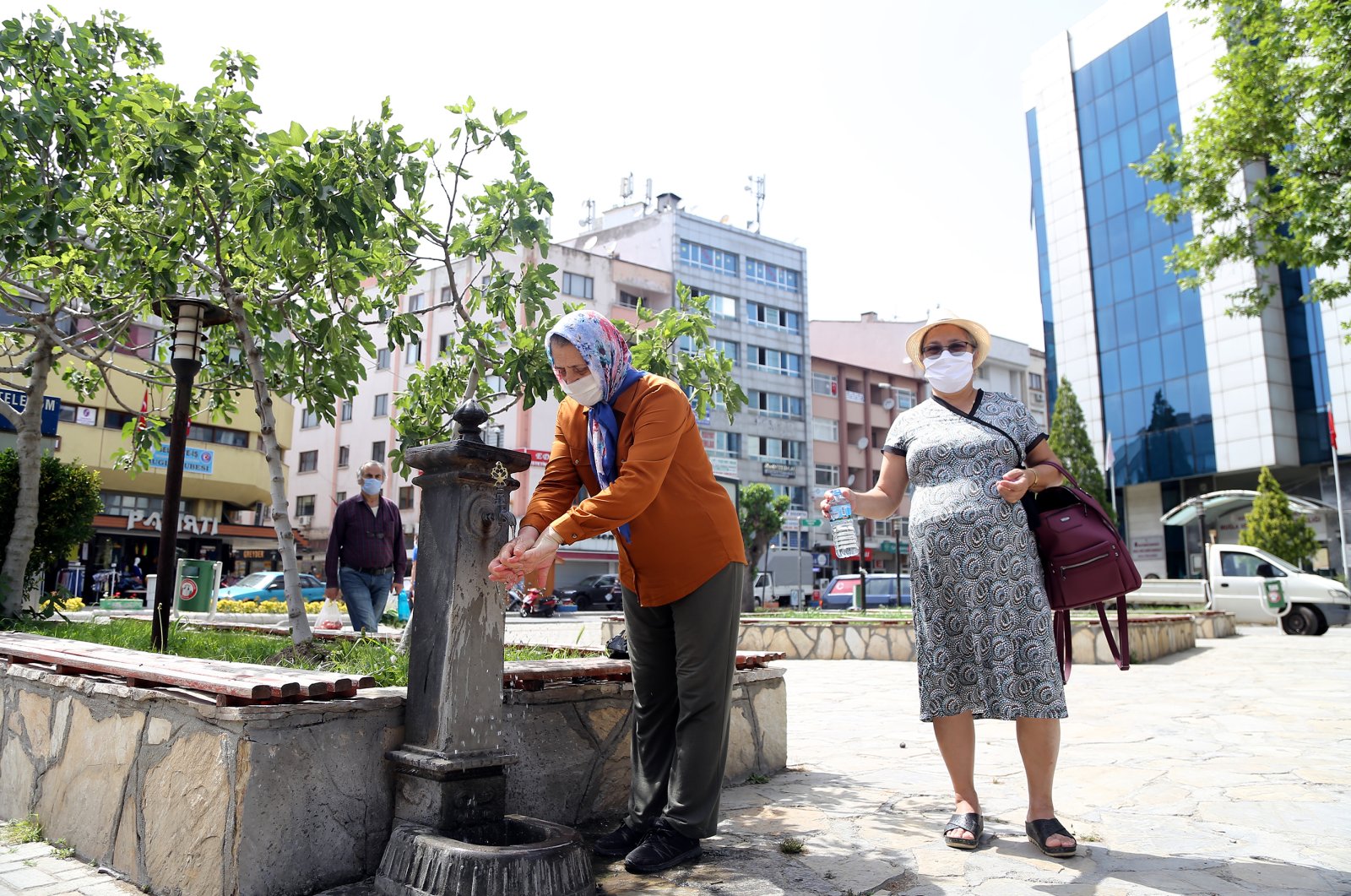 A woman cools off with some water from a fountain amid all-time high May temperatures, during a six-hour break from the coronavirus curfew, Muğla, Turkey, May 17, 2020. (AA Photo)
by DAILY SABAH May 17, 2020 7:46 pm
RECOMMENDED

The 4th Regional Directorate of Meteorology said the air temperature in Muğla was 9 to 15 degrees above the seasonal norms, stating that the average temperature for Muğla in May is 24.7 C.

In northwestern Turkey, Bursa also set an all-time high of 38 C on Sunday, breaking the 75-year-old record high of 37 C on May 26, 1945, according to the 3rd Regional Directorate of Meteorology.

Officials particularly warned senior citizens and the chronically ill, who had been given a six-hour break from their coronavirus curfew on Sunday, to be cautious of the adverse effects of the excessive heat.

While some people older than 65 braved the heat Sunday, the numbers were fewer than during the curfew allowance last week. Most who did venture out opted for parks and shady areas to stay cool.

Muğla resident Fatma Özsucu, 78, told Anadolu Agency she had not seen such high temperatures in May since she was a child.

"It's nice to go outside, but it's too hot. Because I’m sick, it was hard to walk outside due to the heat,” she said. “This temperature should be in mid-July.”

Since Thursday, Turkey has been swept with a heatw ave from North Africa, pushing temperatures across the country 10 to 12 degrees above seasonal norms.