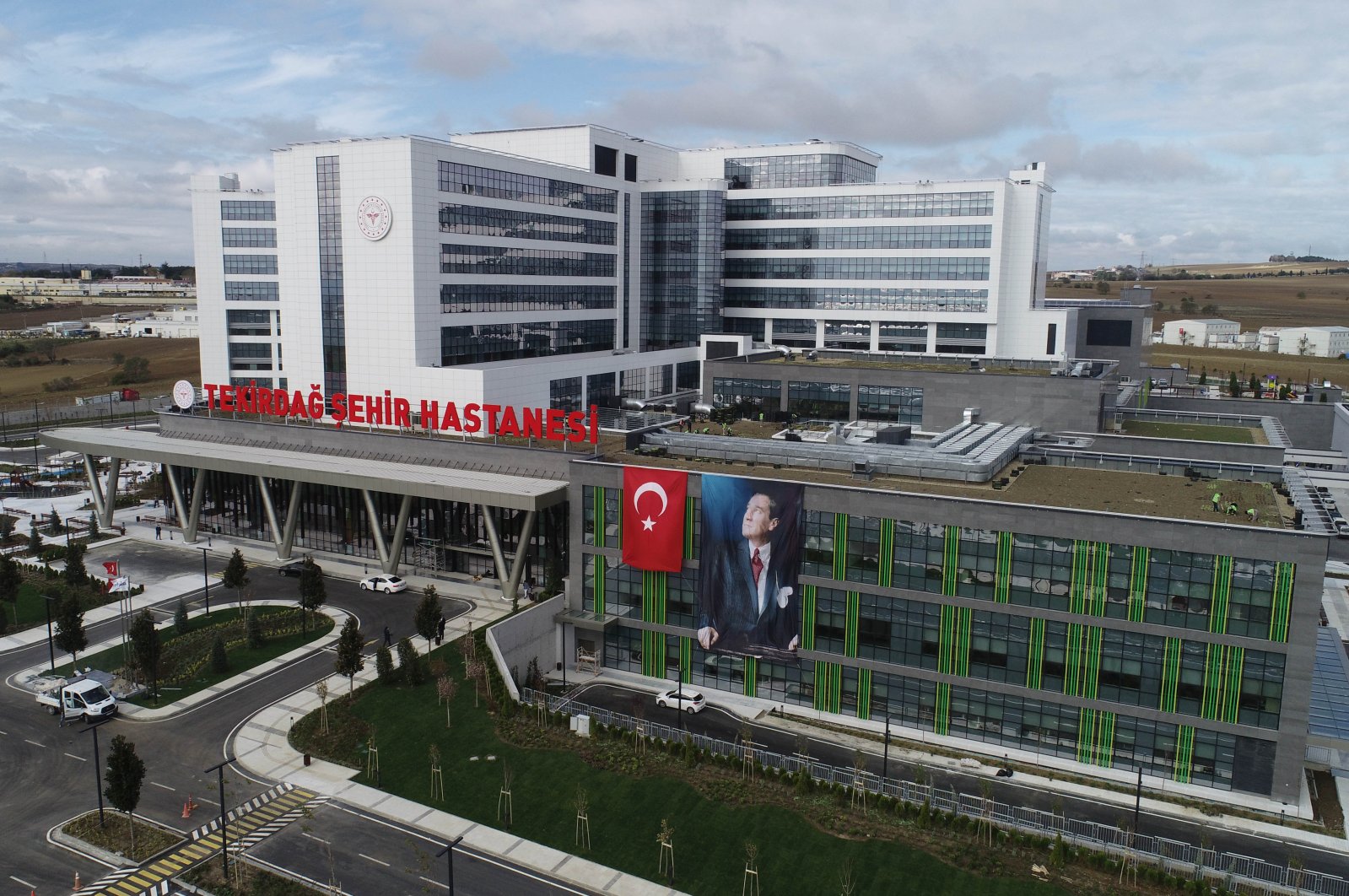 Tekirdağ City Hospital, the latest addition to the government’s health care reforms, was inaugurated Friday in the eponymous province in the country’s northwest. An opening ceremony was held for the hospital that aims to make the province in Turkey’s Thrace region a health hub for nearby Balkan countries. President Recep Tayyip Erdoğan attended the ceremony after he declared at an earlier event that the hospital was renamed Ismail Fehmi Cumalıoğlu Tekirdağ City Hospital, after the late doctor and politician who was a native of Tekirdağ.

The facility houses 124 clinics, 18 surgery rooms and 102 intensive care beds. Equipped with modern technology, the hospital, built on a space of 159,000 square meters (nearly 40 acres), has 486 beds. It has been dubbed the most advanced, integrated health facility in the region, which includes Bulgaria and Greece. The country hopes it will be a center of attraction for international health tourism. In the era of the coronavirus pandemic, it also stands out with its intensive care unit capacity.

The hospital boasts the latest technology in diagnosis, including a positron emission tomography/computed tomography (PET/CT) unit and a Gamma camera unit, an imaging device used in nuclear medicine. It also has a seven-bed radioactive iodine treatment unit and a linear particle accelerator for the treatment of cancer patients. Built as “a smart structure,” the hospital saves on heating and cooling costs with trigeneration technology. It will both serve the people of Tekirdağ and the wider Thrace region, including Edirne and Kırklareli provinces.

Tekirdağ, Edirne and Kırklareli host 20 hospitals certified with health tourism licenses. Patients from Greece and Bulgaria are among the majority of health tourism visitors. They mostly prefer the hospitals in the region for eye and dental treatment as well as obesity surgeries and plastic surgeries. Some 6,900 “health tourism” patients visited hospitals in Turkey last year.

Turkey’s health care system, which has undergone a major transformation since the early 2000s, is credited with an exemplary fight against the outbreak. Along with widespread access to imaging, city hospitals that serve as modern medical complexes boost Turkey’s health care capacity in a time of crisis. When the pandemic broke out, Turkey had 1.1 million health care workers, 246,000 hospital beds and 40,000 intensive care beds. The country sped up the construction and opening of new hospitals amid the outbreak to address the burden of the disease on the health care sector.

The city hospital project is part of the government’s ambition to increase bed capacity and address a shortage of doctors in cities with a high population density. With the addition of the Tekirdağ hospital, a total of 17 city hospitals now serve patients across Turkey. They are mainly located in suburban areas and operate with a private-public partnership model. They are leased to private companies, and the government pays a fee for medical imaging, laboratories, security, maintenance and health care workers' salaries.