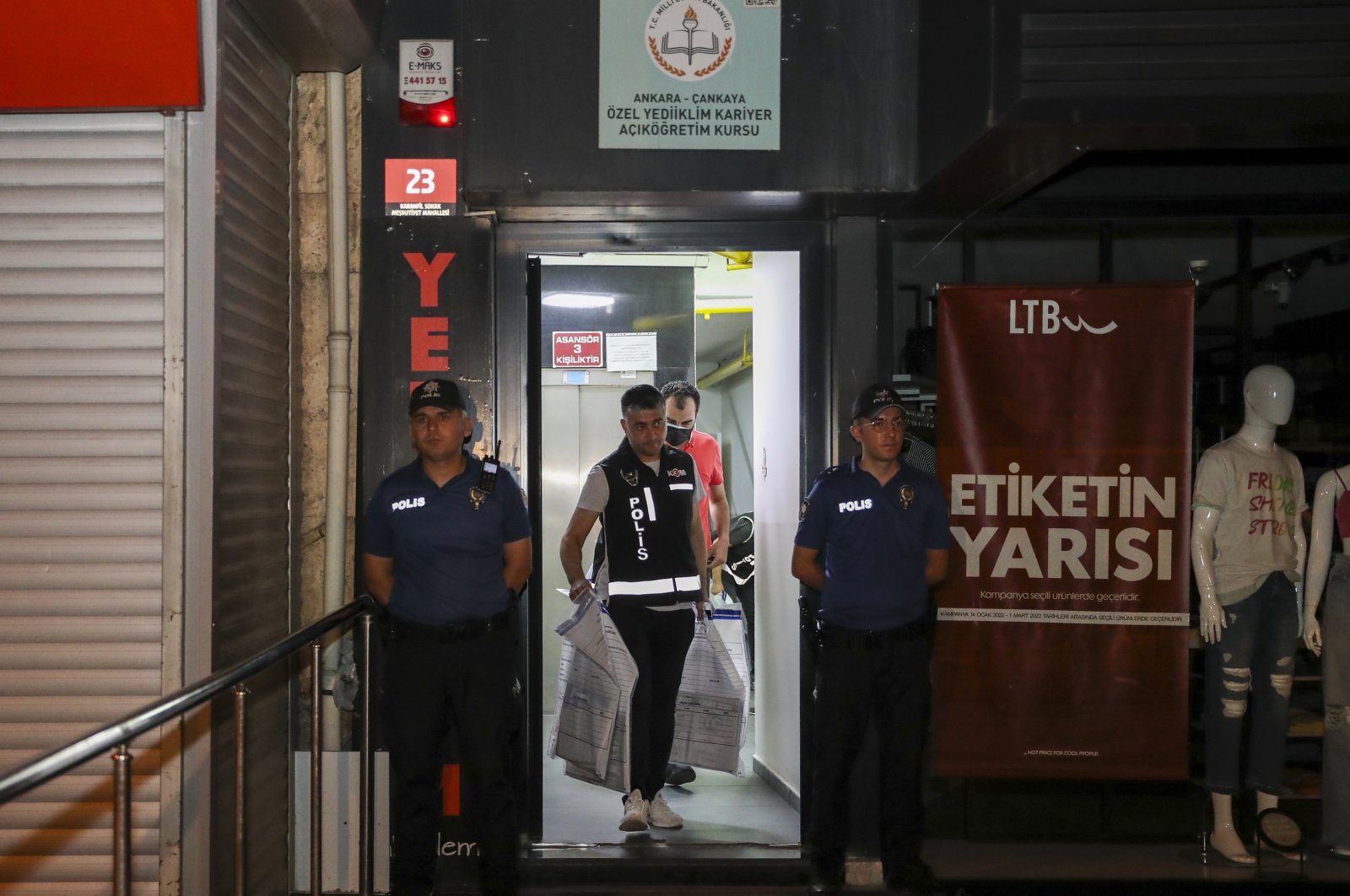 Professor Bayram Ali Ersoy who replaced Halis Aygün as the head of Student Selection and Placement Center (ÖSYM) when the latter was sacked, said on Thursday that three more exams scheduled between Aug. 6 and Aug. 14 were also canceled. ÖSYM is in charge of organizing the exams in the country.

People who took the exam last Sunday claimed some questions and answers, at least 20 of them, were directly lifted from a test book published by one of many publishing houses catering to prospective KPSS participants.

The State Auditing Board (DDK) started an investigation on Wednesday while the head of the Student Selection and Placement Center (ÖSYM), Halis Aygün, who was in charge of organizing the exam, was sacked by President Recep Tayyip Erdoğan on Tuesday. In an earlier statement, the ÖSYM denied any irregularities.

In a tweet on Tuesday, Erdoğan said they would carefully examine the data obtained in the DDK’s investigation and “take necessary steps immediately.” “We never allow even a single son/daughter to be a victim,” he said in a tweet.

Ersoy said in a statement to media outlets that they discovered some questions were indeed lifted from a book of the said publishing house. “It is unacceptable both under laws and for public conscience,” Ersoy said. He said those who took the exam will sit a new exam, “free of charge” and they aimed to organize an exam where they would assured of “fairness of the exam,” before apologizing for “unfortunate process.”

DDK chair Yunus Arıncı said in a social media post that authorities decided to annul the exam results to “assure the public conscience and leave no question marks about the exam in the minds of our citizens.”

In a separate statement, Chief Prosecutor’s Office in the capital Ankara said on Thursday that they launched “a multidimensional and meticulous” investigation into the allegations of “theft, leak of questions of KPSS.” The Office said authorities confiscated question and answer books and digital evidence after a raid at the publishing house and a prep school for KPSS hopefuls run by the same publishing house.

In the meantime, a lawyer for the publishing house told reporters on Thursday that they handed over all documents related to the KPSS to authorities “for a conclusion of the investigation swiftly.” Mustafa Serdar Gözüküçük denied the claims of mass irregularities and said only one question published in a book by his client was exactly the same with the one asked in the exam while others were only “similar” questions to the ones in the actual exam.