Compliance with rules can end virus outbreak in less than 1 month: Turkish expert 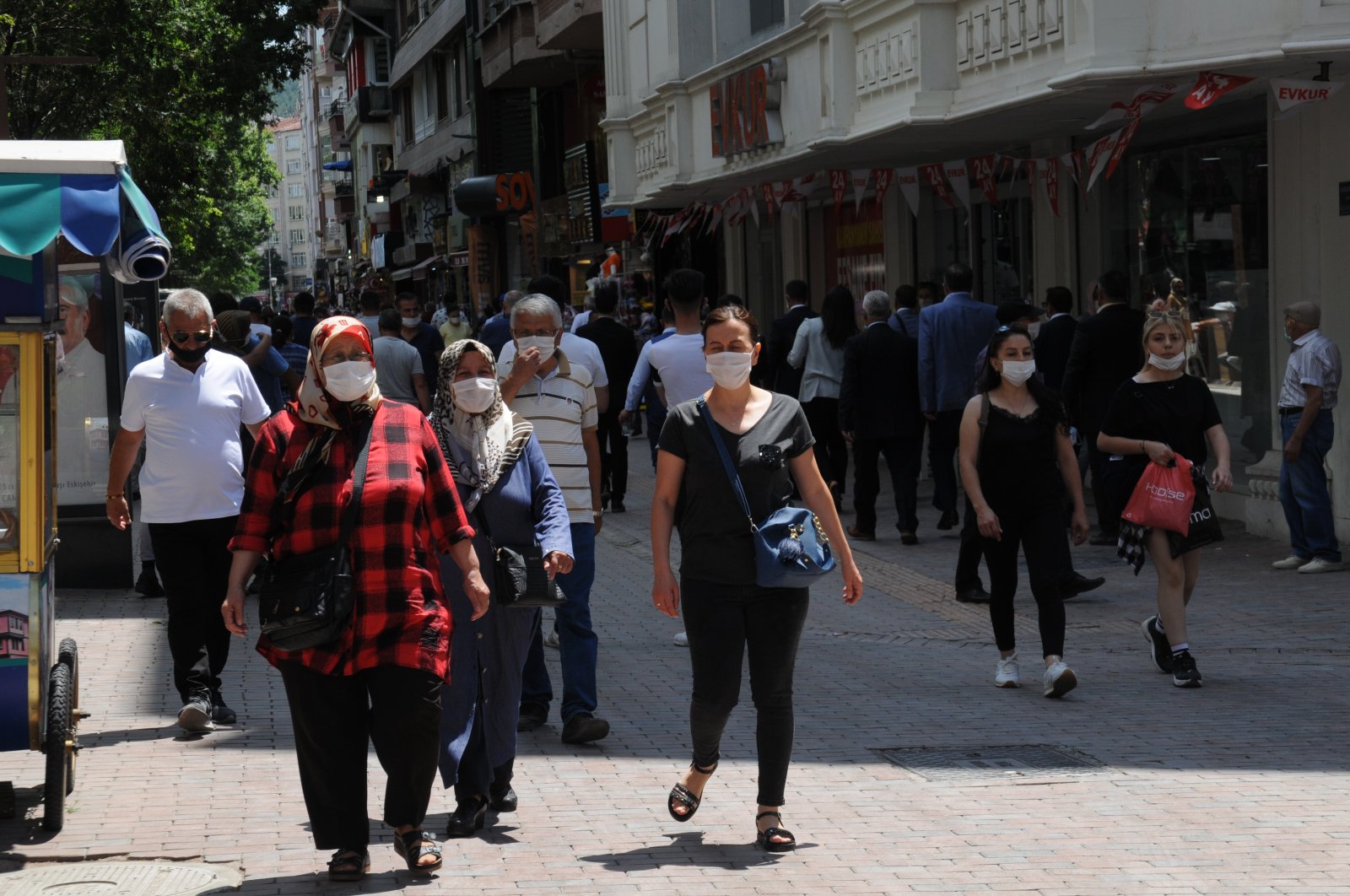 If people would fully observe virus prevention rules, the coronavirus would infect fewer members of the public and the outbreak would end in 20 days at most, a member of the Health Ministry’s COVID-19 task force says

Is there an end to the exasperating COVID-19 outbreak that has gripped Turkey since March? According to professor Tevfik Özlü, the end is in sight, but only under one condition: the whole nation showing full compliance with protective rules. Özlü, a member of the Health Ministry’s Coronavirus Science Board which oversees preventative measures, says it is possible to stop infections and end the outbreak nationwide in “15-20 days” if the public is more careful about wearing masks and observing social distancing and other rules recommended by the authorities.

Certainly, it seems like an enormous task, as a large number of people seem to be ignoring the rules. Media reports are awash with photos and videos of people ditching masks in crowded areas despite fines and routine police patrols.

Özlü says people have two options to stave off the deadly consequences of the coronavirus pandemic: getting vaccinated and having already recovered from the virus, which helps develop immunity, at least for a time. With no vaccine in sight and a low rate of immunity, according to nationwide testing, these options will likely remain unavailable for a long time. The professor also said there are still questions that need to be answered about the nature and impact of the virus.

“Though the majority of the infected people develop antibodies against COVID-19, antibodies' protective features against the virus are still unclear. Some patients develop immunity for life while others have an immunity span up to four months,” Özlü told Demirören News Agency (DHA) on Thursday. Sensitive cells of the immune system can help the body to develop immunity, but it is still unknown how effective the development of these antibodies is on a community level. “Even in countries with a high rate of cases, the rate of people whose bodies developed antibodies against the virus remains around 7%. This figure is very, very low in Turkey. So, it is unrealistic to expect the pandemic to end with people gaining immunity,” Özlü said.

The virus is also known to mutate quickly, making it challenging to develop a vaccine.

Thus, the only option to ward off the outbreak is three rules: masks, social distancing and hygiene. “We must focus on protection from the virus. The outbreak may continue elsewhere, but if we care about wearing face masks, keeping our distance and adhering to personal hygiene rules, we can stop it. In 15-20 days, the virus will disappear,” he said.

Turkey reported fewer than 1,000 new COVID-19 infections Wednesday evening for the second day in a row with 947 cases registered in 24 hours.

"The number of recovered people is higher than the number of new infections," Health Minister Fahrettin Koca said in a tweet. "This indicates that we now take measures more seriously. We haven't seen any pneumonia cases for the last three days in Malatya, Trabzon, Kilis, Yalova, Bayburt and Ardahan provinces," Koca said.

A cluster of new cases is feared for the upcoming Muslim holiday of Qurban Bayram, or Eid al-Adha. Professor Selma Metintaş, a member of the Coronavirus Science Board, says in the light of the absence of a nationwide lockdown, people should take their own measures. The board previously ruled out a curfew for the holiday, which will start on July 31, but is considering measures specific to each province with a high rate of cases. Speaking at an event in the western province of Eskişehir on Thursday, Metintaş said the public should be careful even if there is no curfew. “You should not visit relatives and families in their home and, instead, should be satisfied with video calls,” she warned. She also called on people to avoid certain customs associated with the holiday, like kissing the hands of the elderly and hosting lunches or dinners.

A Turkish man who was stranded abroad and denied treatment for COVID-19 thanked the Turkish government for bringing him and his family home.

Emrullah Gülüşken and his three children arrived from Sweden in an air ambulance and were taken to Ankara City Hospital on April 26.

"I regained my health after a successful treatment. I would like to thank President Recep Tayyip Erdoğan, Health Minister Fahrettin Koca, Foreign Minister Mevlüt Çavuşoğlu and other officials. I am proud to be a citizen of this country," Gülüşken told Anadolu Agency (AA) on Thursday.

"There is no country in the world that brings its citizens by private plane, gives them treatment and does not charge a penny. Turkey has a unique health system like nowhere else in the world," he added.

Gülüşken tested positive for COVID-19 in Sweden's Malmo city but was denied treatment by authorities. His daughters, Leyla and Samira, shared posts on social media asking for help. Koca took swift action and brought the family back to Turkey.

Turkey's Boğaziçi University developed a stethoscope that can analyze sound via artificial intelligence and diagnose lung diseases, including the coronavirus.

Yasemin Palandüz Kahya, a professor at the university's Electrical and Electronic Engineering Faculty, and her team developed the tool at the Electrosalus company within the university's technopark.

"In the 1980s, my daughter was diagnosed with pneumonia when she was young. An X-ray was required to confirm the diagnosis made with a stethoscope. Then I thought to myself: 'How could the sounds be used in a more precise method for diagnosis?'" Kahya told AA. Kahya then launched a research on finding a more reliable instrument for listening, recording, and analyzing breathing sounds."First of all, I designed an electronic device that recorded sound in a wider frequency range compared to a conventional stethoscope."Collecting data from different types of patients in hospitals, various algorithms were developed to detect and classify additional sounds indicating the symptoms of various diseases.

Kahya said they wanted to mobilize the system so that everyone can use it in smartphones via wireless communication, adding: "So, we have created and developed the following three main elements: A small device that can listen and record breathing sounds, an application for mobile devices, intelligent algorithms that constantly learn and support the diagnosis of the doctor with the host computer." Developing different models, Kahya and her team also designed a wearable model with 14 listening points.

Kahya said they secured the patent for smart stethoscope in the US and in 24 European countries, including Turkey."I believe that this technology will have great benefits in establishing a diagnosis of COVID-19 and similar outbreaks," Kahya added.

She said the doctors can follow their patients' situations remotely but listening to the breathing sounds, as well as facilitating collective health studies. Kahya and her team also developed a website, covid19oksuruktesti.org, recording the breathing and coughing sounds.

"With the sounds obtained here, it is aimed to develop smart algorithms specific to COVID-19 patients and to carry out an additional diagnostic test. After the necessary accreditation and certification studies, we want to manufacture the smart stethoscope as a completely Turkish technology product in both national and international markets. We aim to make the smart stethoscope a widely useful medical diagnostic device, just like a digital thermometer," she added.