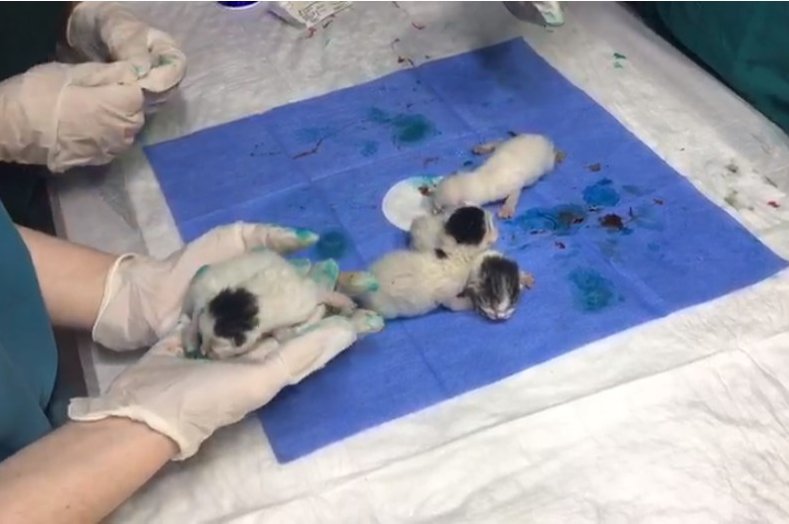 Veterinarians in northern Turkey managed to separate conjoined feline quadruplets in a successful operation on Monday.

The kittens were born conjoined by their stomach and tails in Çatalzeytin, a district of Kastamonu province.

The quadruplets, found on the street by municipality staff, were taken to a clinic in İnebolu district, where Veterinarian Muhammet Coduroğlu and his team managed to separate them with surgery.

The kittens and their mother were adopted by an animal lover in Çatalzeytin. Coduroğlu told Anadolu Agency (AA) that the kittens were unable to walk due to their condition.

"We had to partially amputate a leg of one of the kittens to separate them. The leg was already not functioning when it was severed," he said.