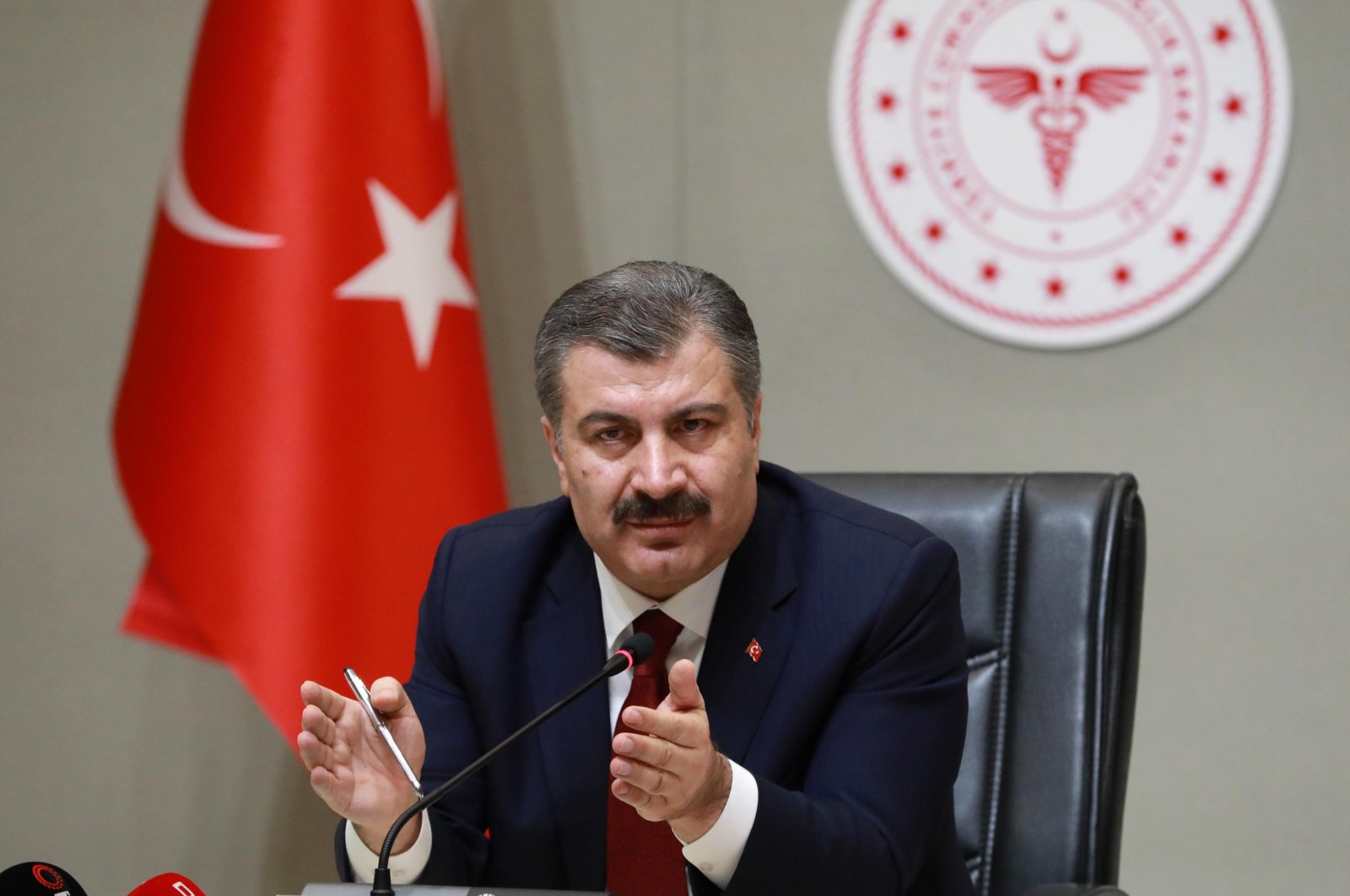 Speaking after a meeting of the ministry’s Coronavirus Science Board, Koca also said 69 patients have died in the last 24 hours, bringing Turkey's total virus death toll to 425.

"1,250 patients are in intensive care, 484 recovered," Koca said, adding that mobility of the youth must be curbed to prevent further spread of the disease.

Turkey has taken a series of measures to try to limit the spread of the new coronavirus, from closing schools, quarantining around 50 towns and areas and imposing a 24-hour curfew for people 65 or older.

The country rolls out a new measure almost daily. Governorates were tasked by the government with taking measures specific to every province, from limiting entry to cities to expanding social distancing rules.

Turkey, however, came short of declaring a full nationwide lockdown.

Koca said public consciousness in fighting the outbreak “now improved” but highlighted the continuous need to be precautious, giving an example of how a patient infected others. “A seemingly healthy carrier had at least 30 people infected. He did not know he was infected but the virus first spread to his family members. Then, to an accountant at the hospital he visited and later, to a person cleaning his room. The cleaner and accountant died of coronavirus. This patient also infected a colleague in his workplace and this colleague spread the virus to five people in his family,” he said.

“These people had the virus before they were placed in quarantine and started receiving treatment. They were going into crowded places. Bear in mind that there are other cases like these and remember how easy it is for the virus to spread. We have to break this cycle and isolate ourselves. I urge senior citizens not to leave home and warn younger people that they cannot know for certain if they are carriers or not,” he said.

The minister said they run 16,160 tests in the past 24 hours and pointed out the cities with the highest risks based on population were Istanbul, the capital Ankara, the western city of İzmir and the central city of Konya. He also emphasized that the prevalence of cases was higher for men compared to women.

The highest death toll is in Istanbul with 210 fatalities while there were no fatalities at all so far in 25 provinces.

Minister Koca said 64% of those in intensive care were people above the age of 60 and the same age group also constituted 80% of fatalities.

Koca said 74.4% of patients in intensive care also had at least one additional disease and asthma was the major risk for patients with COVID-19.

He also lamented the failure in social isolation despite the government’s repeated calls. “We see isolation measures are not heeded in big cities, particularly in Istanbul,” he said.

Koca also confirmed that a member of the Coronavirus Science Board also tested positive for coronavirus though he did not give a name.