Coronavirus cases in Turkey rise to 5, all related to 1st patient 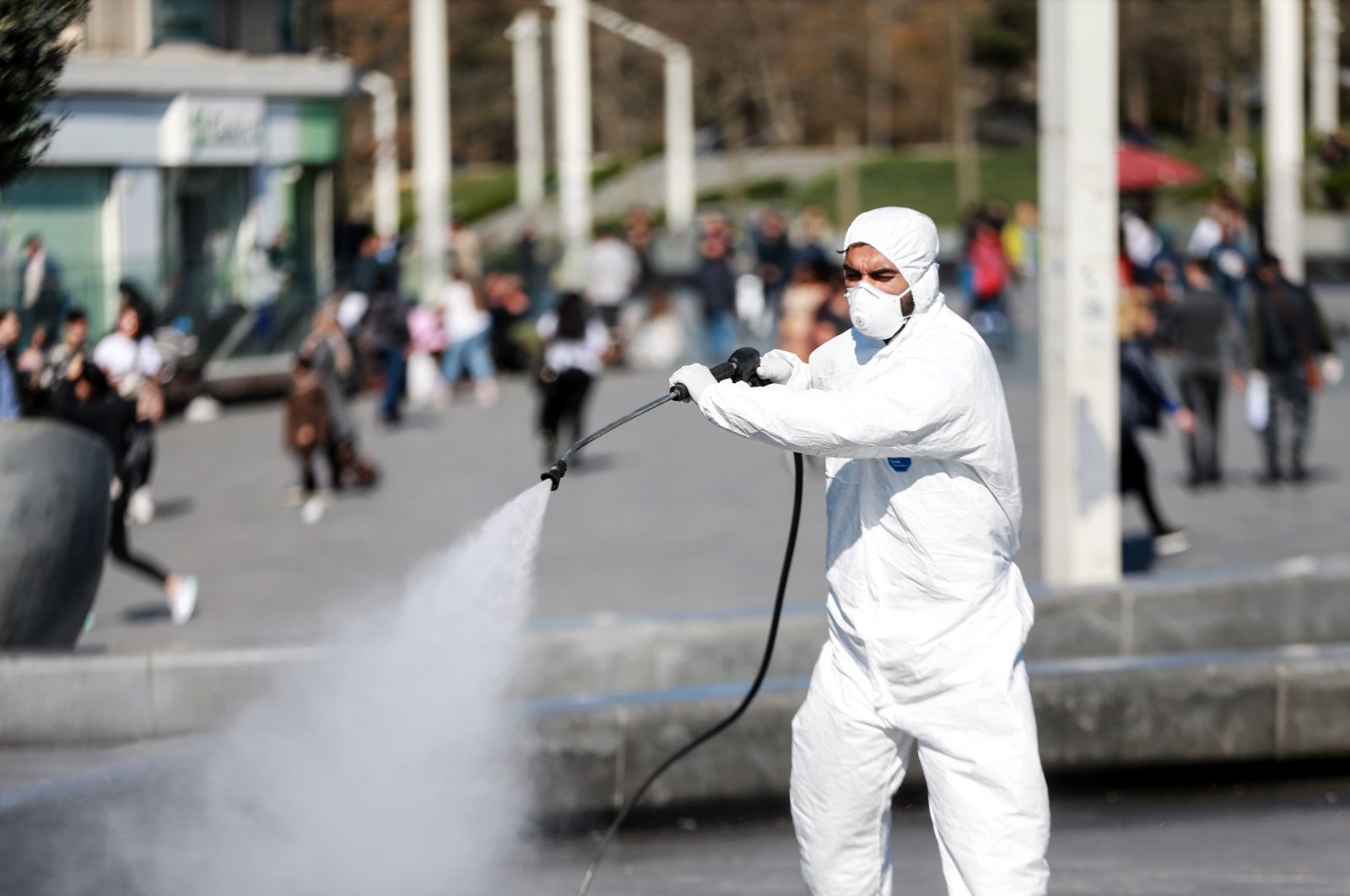 A Beyoğlu Municipality worker disinfects the area around Istanbul's Taksim Square and Istiklal Avenue on March 12, 2020. (AA Photo)
by Daily Sabah with AA Mar 13, 2020 8:59 am
RECOMMENDED

All the infected are closely related to each other, Koca said during a joint news conference with Justice Minister Abdulhamit Gül and Transport Minister Cahit Turhan.

Koca said the government was working on launching a special coronavirus hotline, which will help citizens determine if they are infected with the virus known as COVID-19.

"He is from the immediate circle of our first patient, who was followed up as soon as the diagnosis was made," he tweeted.

"We have taken the necessary measures to keep the possible spread of the virus within these limits. We will overcome this problem together," he added.

Turkey's first case was announced earlier this week in a man who had recently returned from Europe. The patient was isolated and his family and those who came in contact with him were closely monitored.

After emerging in Wuhan, China, last December, the novel coronavirus has spread to more than 110 countries.