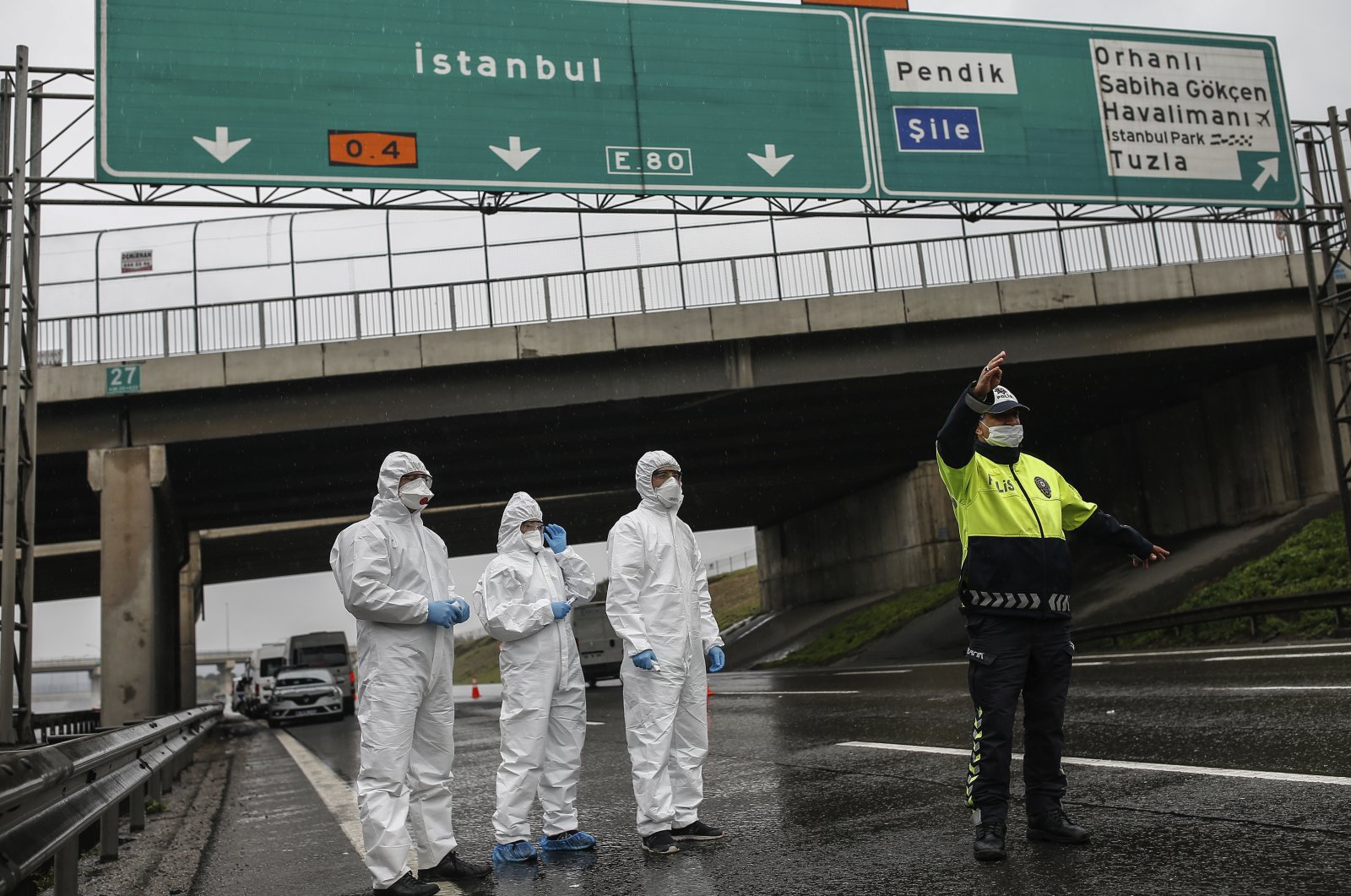 A police officer stops a bus so health officials could measure the body temperature of the passengers at a checkpoint, on the Asian side of Istanbul, Sunday, March 29, 2020. (AP Photo)
by DAILY SABAH Mar 30, 2020 7:05 pm

The number of people diagnosed with COVID-19 in Turkey has increased to 10,827, while the death toll has reached 168, Health Minister Fahrettin Koca announced Monday.

According to statistics released by the Health Ministry, 1,815 of 9,982 patients tested for COVID-19, the disease caused by the coronavirus, have been confirmed positive.

Sharing Turkey’s latest coronavirus outbreak figures over Twitter, Koca said 11,535 tests had been carried out in the preceding 24 hours, while the total number of those who have recovered has come to 162.

Meanwhile, 725 patients were in critical condition, the statement said.

In recent weeks, Turkey has closed most public spaces, schools and universities, and restricted public transport. It also imposed a 24-hour curfew over the weekend for people aged 65 or over as well as for those with chronic illnesses. In Istanbul, people aged 65 or over with no financial means will receive food packages at their homes, Gov. Ali Yerlikaya said Friday. The campaign, which started on Monday, covers nearly 50,000 people and will last for six weeks.