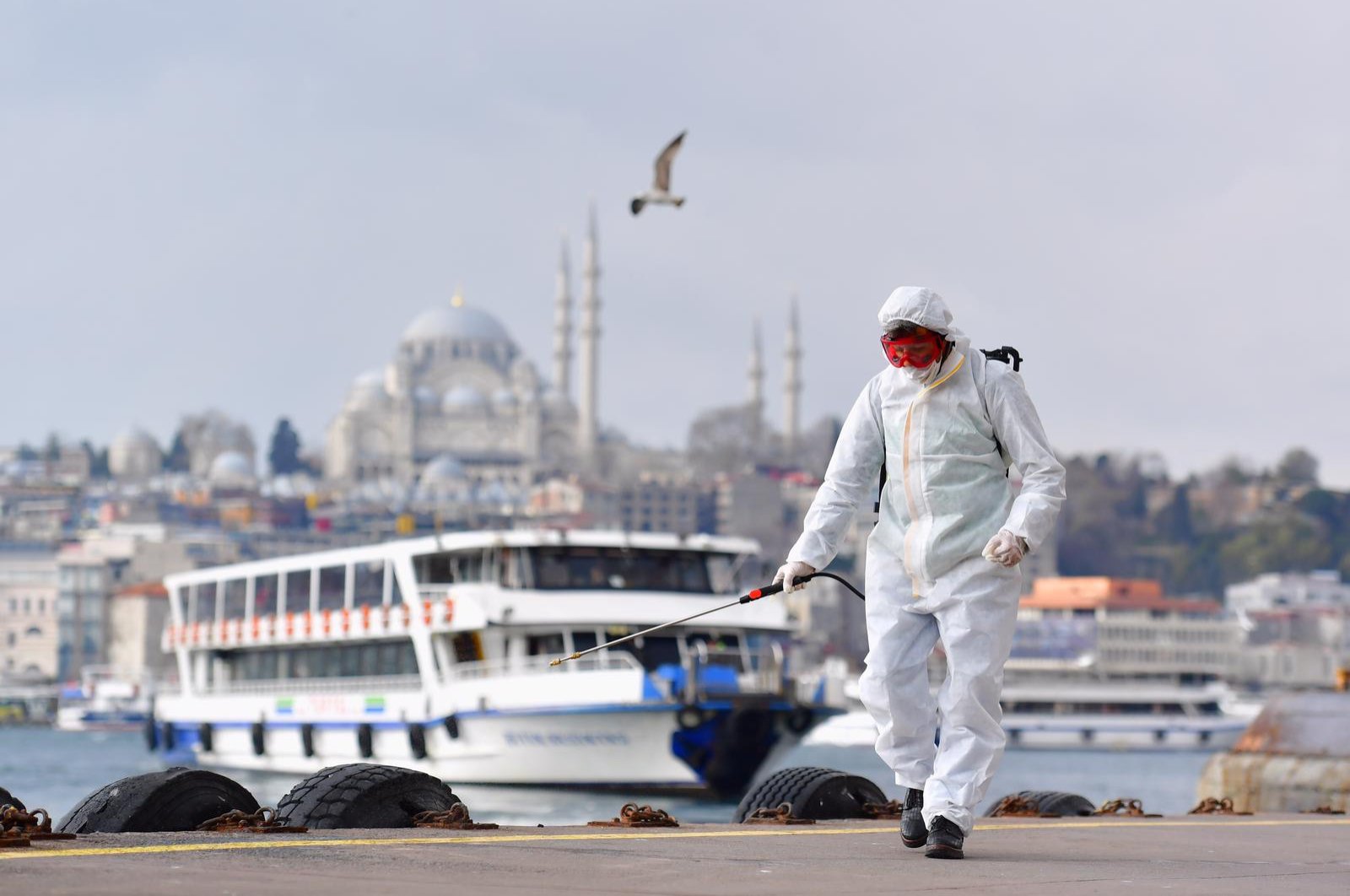 “The number of patients has increased to 670,” he added, saying that 311 out of 3,656 suspected patients turned out to be positive.

“All of our casualties are among the senior citizens,” he said, calling upon the nation to take better care of the elderly.

“Let’s not slack off on our struggle, even for a moment,” Koca concluded.

No comprehensive lockdown is in place in Turkey, but escalating measures coupled with public compliance of health advisories have left a visible mark on daily life. Streets are empty and famous landmarks and town squares, once swarming with crowds, are now eerily devoid of life.

President Recep Tayyip Erdoğan, in a compassionate speech earlier this week, urged citizens to stay home for at least three weeks but stopped short of declaring a curfew. Most people have heeded the call, as a dwindling number of people are visible outside.

Along with the government, municipalities have come up with new ways to tackle the crisis and protect citizens. Ekrem İmamoğlu, mayor of Istanbul, the country’s most crowded city, announced on Friday a new set of measures. Open marketplaces, an inseparable part of every neighborhood in the city but also a potential virus sanctuary due to the crowds they attract, are among the municipality’s priorities.

İmamoğlu said marketplaces will be reduced in size and only food will be allowed to be sold. He said they would set up “disinfection stations” across the city to provide disinfection services for taxis and minibusses and will suspend around-the-clock mass transit services. He said the number of mass transit services will be reduced outside rush hours and called on senior citizens to avoid public transportation unless necessary. Mass transit vehicles, especially overcrowded metrobuses, pose a risk for chronically ill people in the face of the coronavirus pandemic.