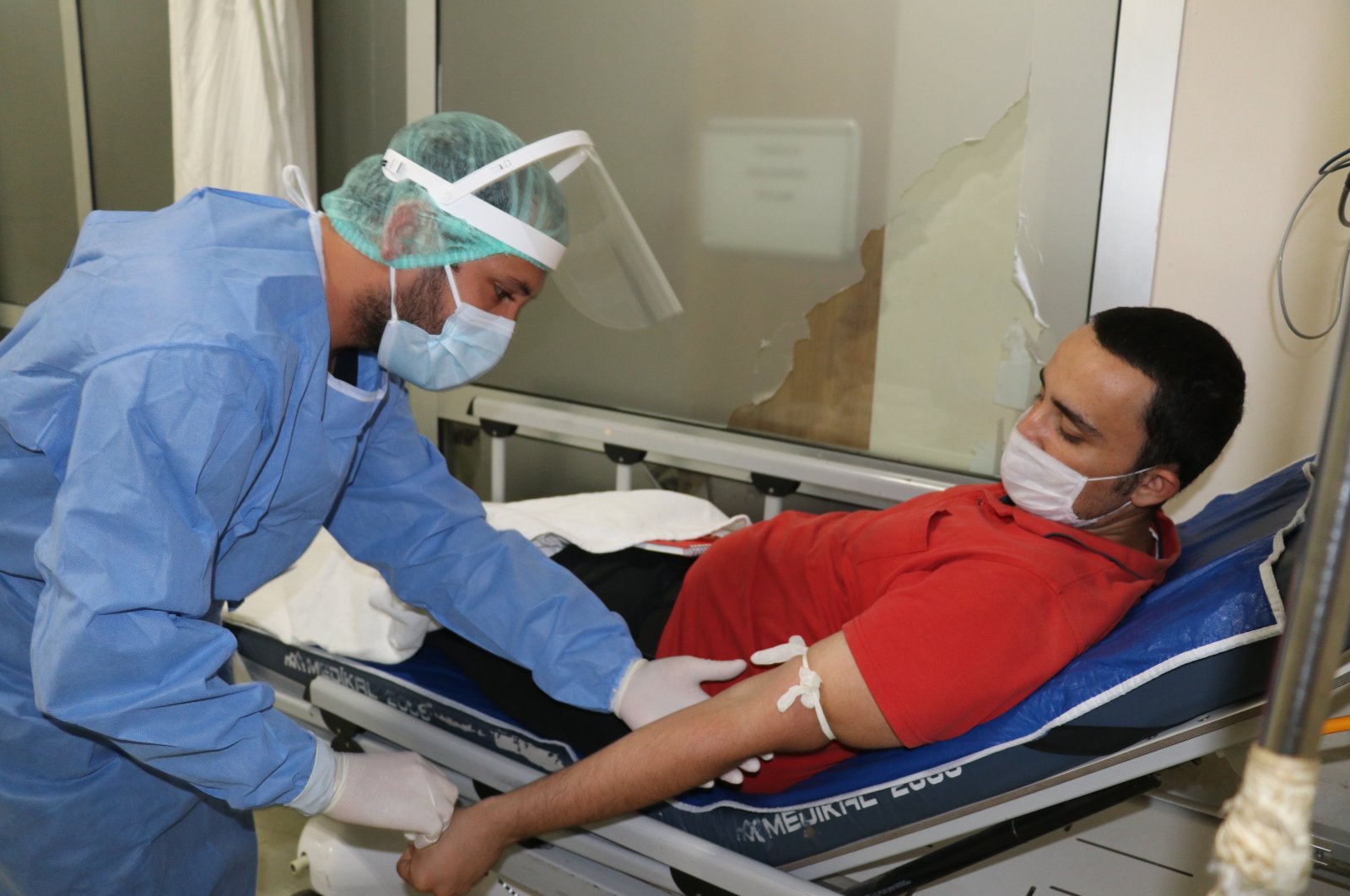 Turkey on Sunday confirmed 997 coronavirus recoveries in the last 24 hours, bringing the tally to date to nearly 231,000, according to Health Minister Fahrettin Koca.

"Out of our total number of cases so far, 12,366 people are patients with active cases. Thus, they have the potential to spread the virus. These people and their contacts are in isolation," he said.

Koca stressed that if people follow the measures against the pandemic and protect themselves from the risk, the country will achieve better results faster.

The death toll climbed to 5,974 after 19 more people died since Saturday. Health care professionals conducted 65,956 tests for the disease over the past day, raising the tally to over 5.72 million.

Turkey has seen a higher number of daily cases since last weekend, compared to earlier days. For associate professor Afşin Emre Kayıpmaz, a member of the Health Ministry’s Coronavirus Scientific Advisory Board, the rise stems from people disregarding measures against the outbreak during holidays. The country marked a three-day Muslim holiday earlier this month when thousands headed to vacation resorts or their hometowns in a nationwide exodus. Some people preferred to extend their holiday, and beaches in particular hosted large crowds with little room for social distancing. Kayıpmaz told Anadolu Agency (AA) on Monday that although Turkey managed to decrease the number of cases below 1,000 in July, daily cases started fluctuating above 1,000 in the first week of August.

“The biggest factor for the rise is negligence of measures,” he added. Kayıpmaz also warned about the risk the virus poses to people age 65 and above. “The slightest contact with a positive patient is a risk for them,” he said, giving an example of a 65-year-old woman who never goes out but becomes infected upon contact with a man delivering her groceries. “When people with slight symptoms and less severe cases mingle with others, it poses a threat to senior citizens and people with chronic illnesses. Bearing this in mind, we should never neglect the measures, whether we are at home with people at risk or while going out,” he warned.

A couple working in the health care sector who were infected with the coronavirus echoed Kayıpmaz’s remarks on compliance with measures. Tülay Saka, a nurse working at a public hospital in the northwestern Turkish province of Bursa and her husband Ufuk Saka, an X-ray technician at the same hospital, are back on duty after recovery and recounted their days fighting the virus. “We are facing an unknown disease. It was a difficult process for us. I had breathing problems and lost my sense of smell and taste. I thought I’d die. I recovered but I am still scared,” Tülay Saka told Ihlas News Agency (IHA) on Monday. Saka said she warns people not wearing masks, but they are “annoyed." "This is something serious,” she said.

The couple recovered in 12 days. They are now working with coronavirus patients and seek to boost their morale.

Ufuk Saka recounted: “I was working when I had a high fever on April 7. I had tests at the hospital and found out I was infected. I was hospitalized for 11 days. Two days later, my wife tested positive. They were difficult days. I was thinking about what will happen to me, to my family." Still, he said he was luckier than his wife as she was in self-isolation at home while he was at the hospital.

Ufuk Saka said he can see “fear in people’s faces” as he runs imaging for positive patients at the hospital. “I try to comfort them by talking about my experience. They need a high morale to keep their immunity strong,” he said. “I warn people when I see them not wearing masks, but they say it is none of my business. When I tell people I was a former patient, I can see they become nervous. So, it is strange to see people underestimate such a disease which gives them fear and ditch measures,” Saka said.