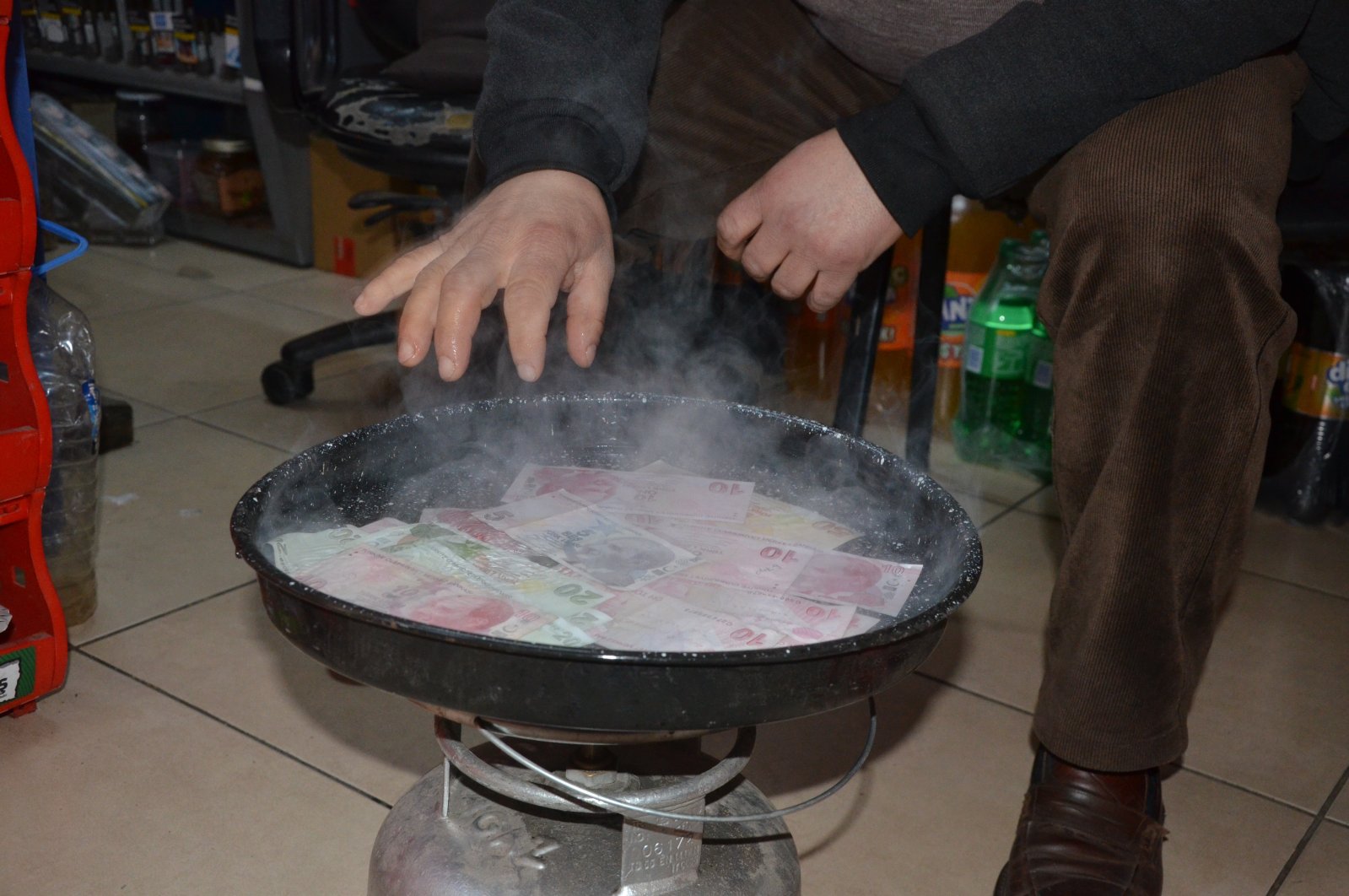 A grocer in northern Turkey came up with an ingenious solution to avoid infection from paper money – boiling them.

Orhan Sarı, who runs a grocery store in the town of Altınordu in Ordu province, believes that the hot water will remove any germs on the money customers give him. Thus, he has a large tray and carefully places money of all denominations on it. He later pours water on the tray and puts it on a gas cylinder. When the temperature reaches 100 degrees, he turns off the gas and lays banknotes down on a dry surface, leaving them to dry. He says that the procedure does not damage the bills. Sarı says he was already careful when it came to “dirty” banknotes. Long before the coronavirus outbreak emerged, he was disinfecting bills he received with cologne. “This is not for my health only. It is for my customers as well,” he said.

The grocer’s original solution was washing them with detergent, but he gave up on this idea when he noticed it damaged the bills. “(A bill) is something hundreds of people touch every day. Some people wet their fingers with their spit to count the bills easily. This poses a risk,” he says. This is not the only measure he took. Sarı also shut the door to his shop and does not let any customers inside. He delivers the goods they want to buy from a half-open door and says he is careful to adhere to social distancing measures.