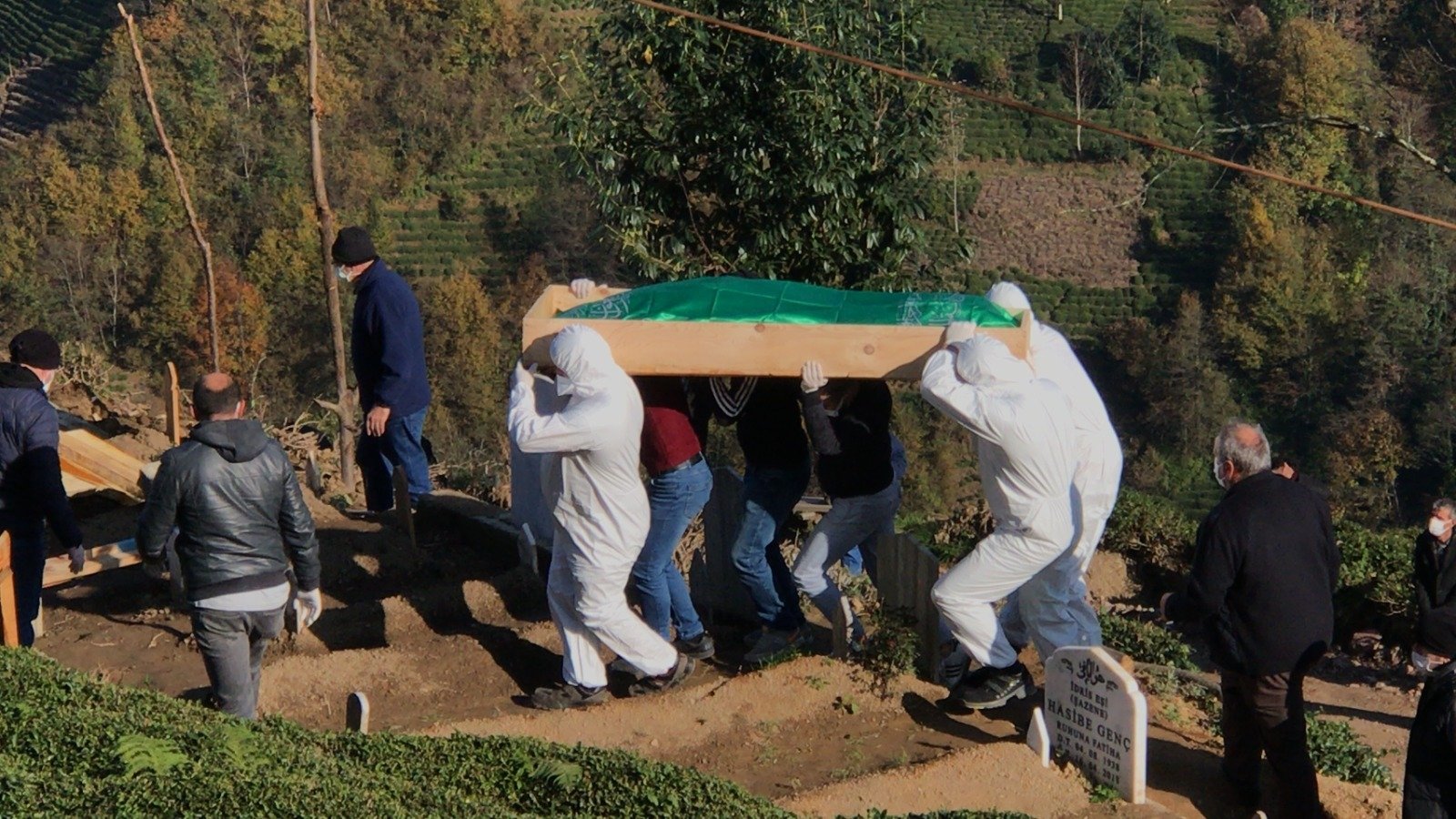 “Please wear your mask properly,” Ali Genç appealed to the public after burying his nephew Friday. He is a member of an extended family of 15 people, 12 of whom were infected with the coronavirus and five of whom died within a month.

Ali Genç's nephew, who shares the same name, was the latest victim of the deadly virus that hit the family. Most of the family members live in Güneysu, a town in the northeastern province of Rize, which is also the hometown of President Recep Tayyip Erdoğan.

The first victim was 24-year-old Burak who died about one month ago after contracting the virus. Four days later, his 49-year-old father Muhammet succumbed to the disease. Ten days ago, 36-year-old Bünyamin Genç died while his father Ali Genç was still in hospital for treatment for the virus. Ibrahim, the brother of Muhammet, was the next to die, on Dec. 4. They were buried in adjacent graves. On Friday, Ali Genç died, without knowing that his son and nephews had died earlier, as the family kept the news from the ill man. Other family members are still being treated.

“We believe in God and fate. We suffered five times in one month. We are faithful people but try to be cautious against the pandemic,” the surviving uncle, Ali Genç, told Anadolu Agency (AA) by the graveside of his nephew. Ali himself recovered from the virus.

“May Allah not give it to anyone else. I don’t feel well yet though I recovered. I have chronic obstructive pulmonary disease (COPD) and still have difficulty breathing,” he said. Genç claimed that they were careful about measures but were infected anyway. Only his three sons and a brother were not infected.