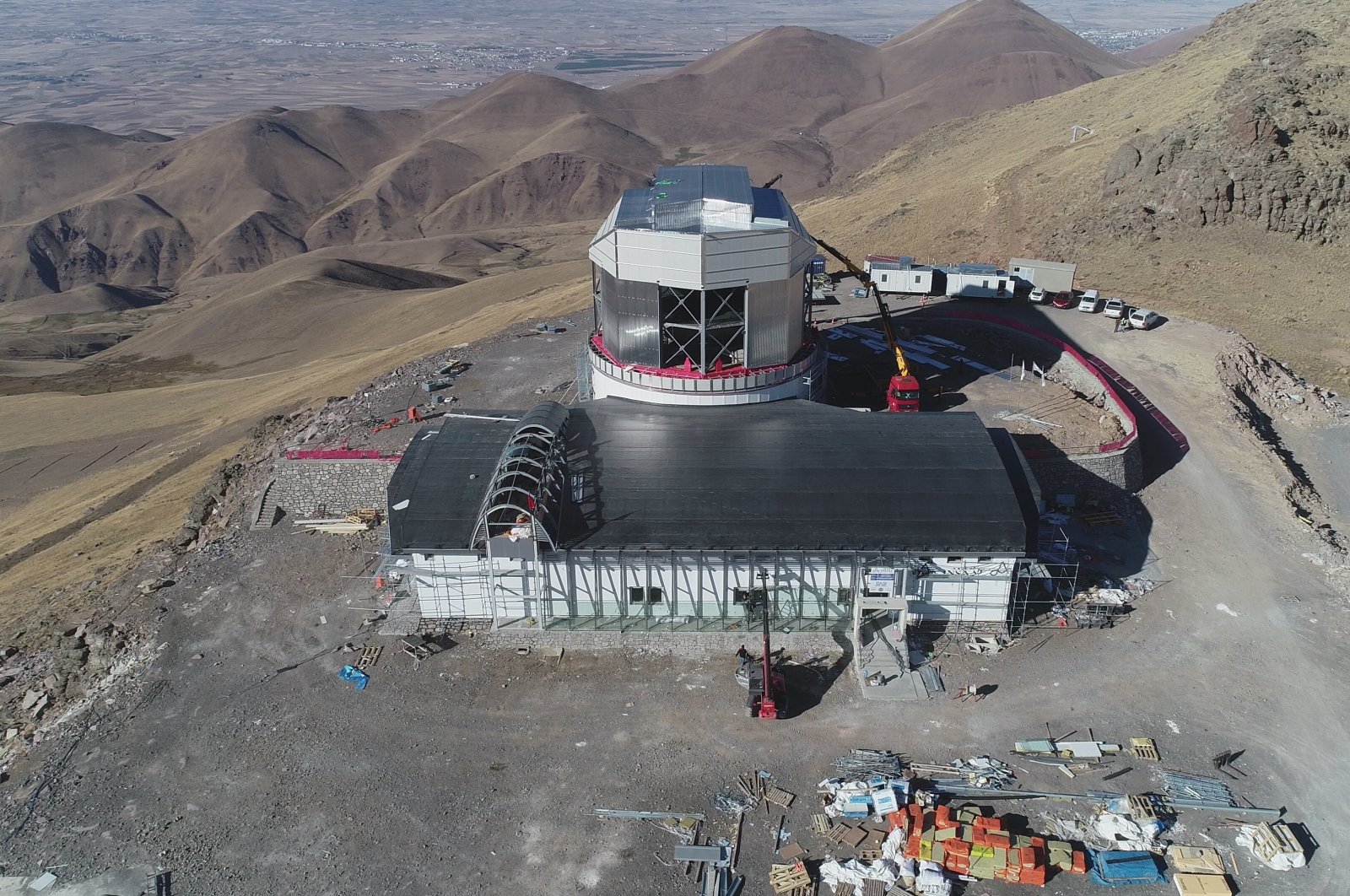 The countdown for Turkey's largest infrared telescope, located in Erzurum province, has begun as it is set to receive its first light in 2022.

The Eastern Anatolia Observatory (DAG) continues to work on the project which is part of Turkey's 2023 Vision. Within the framework of the new Council of Higher Education (YÖK) Vision, the DAG project, which is one of the biggest and most important investments of Atatürk University under the scope of the New Generation University Design and Transformation Project, has set its eyes on 2022 as the deadline for the project.

When completed the DAG project, being carried out under the Directorate of Atatürk University Astrophysics Research and Application Center (ATASAM), will provide Turkey with its largest telescope with a diameter of 4 meters (13 feet). It will be able to observe both the visible spectrum and the near-infrared spectrum, which is smaller than 3 microns.

A large observatory is currently being established, where international projects and joint studies will be carried out in the fields of astronomy, astrophysics and space sciences.

The telescope of DAG, made in Italy, was brought to Erzurum on Feb. 26, 2021, in a fleet of six 100-ton trucks. The pieces, which were first stored in the private hangars allocated by Atatürk University, were then taken to Konaklı Mountain, the highest point of which reaches 3,170 meters.

Having reached the final stage of the project, the engineers will then install the telescope. After the assembly of the parts, DAG is expected to receive its first light in 2022.

In addition, the mounting part of the telescope is monitored 24 hours with cameras.