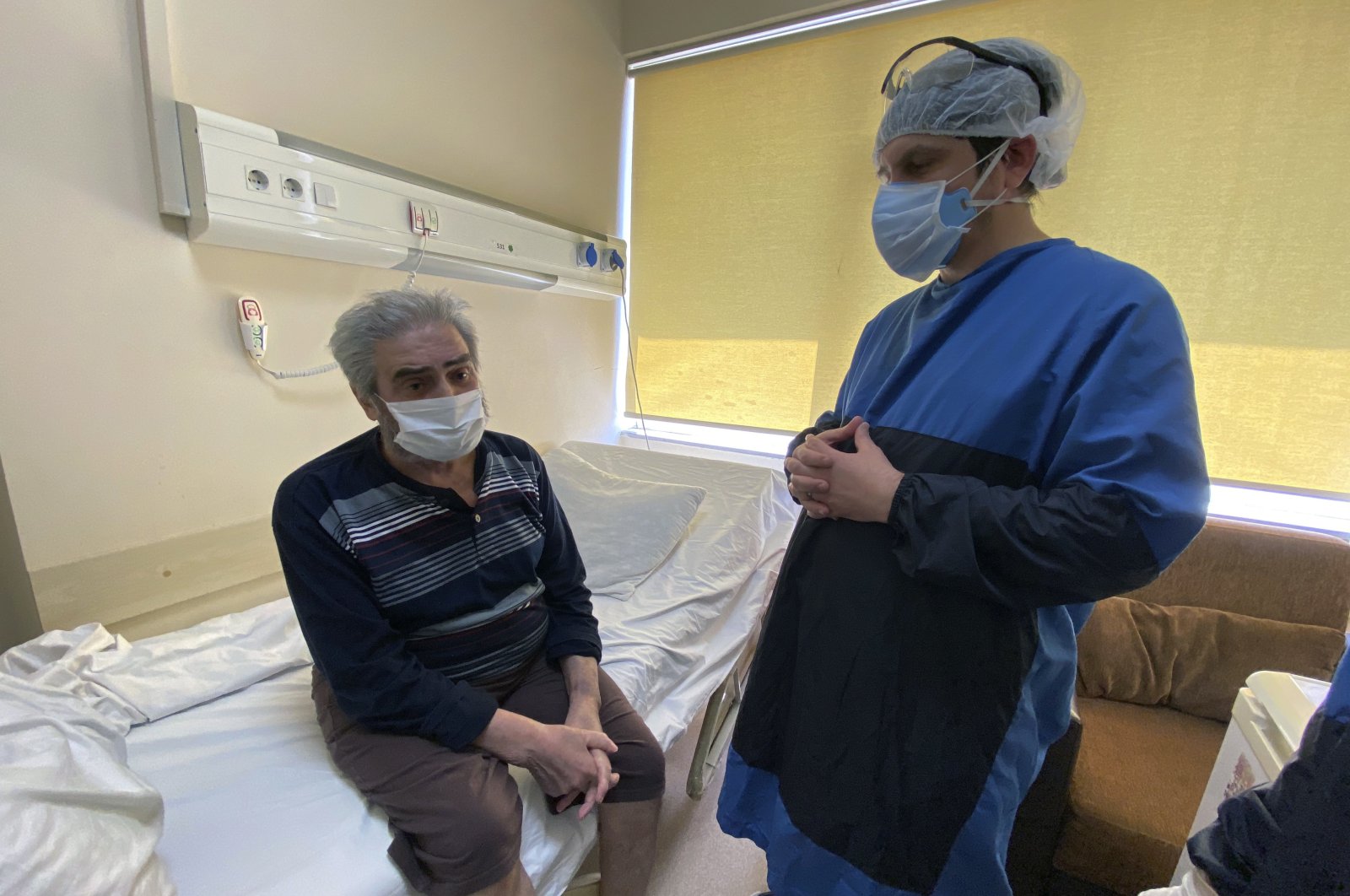 A COVID-19 patient (L) listens to a doctor at the ward dedicated to patients with coronavirus at Istanbul University Cerrahpaşa - Cerrahpasa Medical Faculty Hospital, in Istanbul, April 28, 2020. (AP Photo)
by Agencies May 04, 2020 8:45 pm

The number of people who have died from COVID-19 in Turkey has risen by 65 in the last 24 hours to 3,461, Health Ministry data showed Monday, as a slowdown in deaths and confirmed cases continued.

The overall number of cases rose by 1,614 to 127,659, the data showed, the highest total outside Western Europe, the United States and Russia. A total of 68,166 people have so far recovered from the new coronavirus, which causes the respiratory disorder COVID-19.

The pandemic has killed over 248,000 people, with total infections over 3.53 million, while more than 1.13 million people have recovered from the disease, according to figures compiled by the U.S.-based Johns Hopkins University.