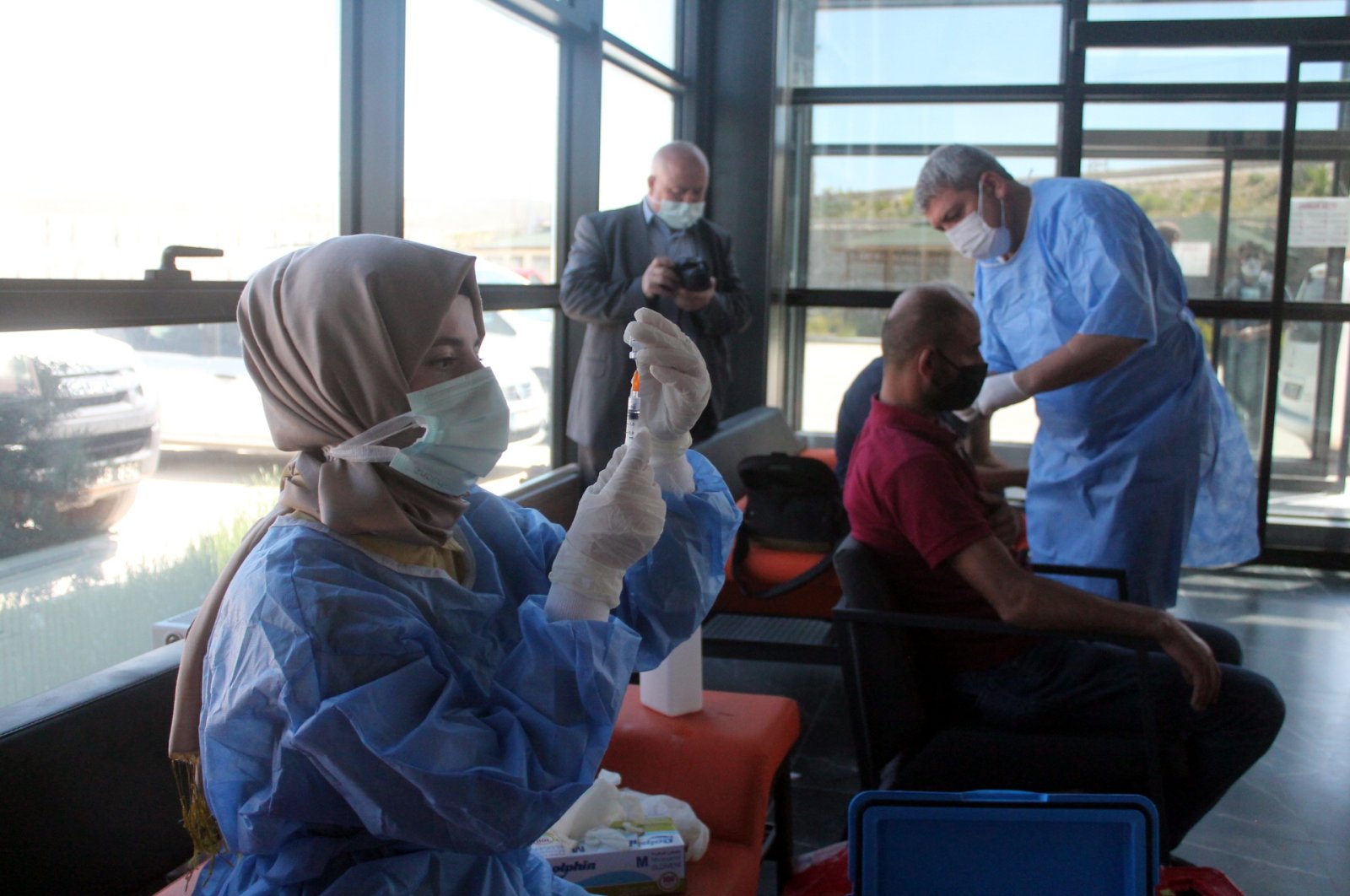 Turkey has come a long way in just a few months, from the frustrating surge in coronavirus cases to an immense decline. The latest figures announced by the Health Ministry show that the weekly number of COVID-19 cases receded in 64 provinces, while it increased in 17 provinces.

Statistics showing the number of cases per 100,000 people of the population in 81 provinces between June 5 and June 11 are an indicator of the country’s success in boosting its vaccination campaign against the deadly disease, despite the start of a gradual normalization process. On June 1, the country further eased restrictions, including lifting Saturday curfews and pushing weekday nighttime curfews to a later hour. Some businesses, including restaurants, were reopened subject to operating on a limited capacity.

Big cities reported a relative decline in weekly cases, but Izmir had reported the most significant drop, from 41 to 32, while the cases per 100,000 decreased to around 55 from nearly 64 in Istanbul and 94 from 99 in the capital Ankara.

The highest number of weekly cases was in the northern province of Bolu at 107, and it was followed by the central province of Eskişehir with 99. The provinces of Bilecik, Karaman, Malatya, Kastamonu and Isparta had the sharpest drops in weekly cases, while Kars, Bayburt, Trabzon and Erzincan led the 17 provinces with a slight increase in the number of cases.

Though the public is more attentive to measures after spending more than one year with the pandemic, occasional clusters of cases, often stemming from negligence, have prompted concerns. In the province of Tokat, 20 people were placed under quarantine when relatives and neighbors of a woman traveling from Istanbul to the province paid her a “welcome” visit. The unidentified woman and her parents were placed under quarantine in the province, which is the province with the fifth-highest number of weekly cases, with 97 per 100,000 people.

Overall, more than 49,000 people have succumbed to the virus since March 2020, while the number of daily cases dropped below 6,000 as of Thursday. So far, the country reported a total of more than 5.3 million cases, while the daily fatalities fluctuate at around 60.

Experts believe that better days are ahead for Turkey if the current course of the pandemic continues, with cases steadily decreasing except occasional daily surges. Professor Serhan Sakarya, an infectious diseases expert, says there is “light at the end of the tunnel,” a phrase earlier invoked by President Recep Tayyip Erdoğan and Health Minister Fahrettin Koca. “We will soon reach a level that even people who are not vaccinated will not be a serious threat for another surge in the pandemic. We hope that the 80 million doses required to achieve this will be administered by the end of this summer," he said.

Istanbul may be the first to achieve this. Though it is the country's most populated city, vaccination is at full speed in the metropolis with local authorities expecting to finish by next month. Professor Kemal Memişoğlu from the Directorate of Health for the city of more than 15 million people, said they needed to vaccinate 9.5 million people and so far, 6.5 million have been vaccinated. "The remaining 3 million will have their doses by the first week of July," Memişoğlu told Demirören News Agency (DHA) Friday. "It will be a real bayram then," he added, referring to Kurban Bayram, also known as Eid al-Adha, a Muslim holiday observed in the third week of July.

Memişoğlu hailed the drop in cases and said the number of hospitalized patients and those in intensive care were declining. "Nowadays, Istanbul has the least positive rate in coronavirus testings. We have to sustain this, and it is possible if people adhere to social distancing, hygiene and mask rules, and if they have their vaccinations. But one thing is clear: We will have a relaxed period in July and August," Memişoğlu said. He noted that the hospitals overwhelmed with coronavirus patients were now starting to function like before the pandemic and all clinics, operating in a restricted capacity due to the pandemic risk, have fully reopened.

Hours after Memişoğlu gave the interview, Istanbul reached 7 million in the number of doses administered. More than 2.3 million people had had both doses of vaccines administered in the city as of Friday. Memişoğlu said everyone above the age of 12 would have their vaccines and the city's hospitals and clinics had a capacity of administering at least 400,000 doses daily. He also spoke about the mandatory mask rule, one of the things people yearned the most to end. He said it was likely that there would be a relaxation in the mask rule in the coming days, on the condition of being outdoors and maintaining social distancing,

Sakarya said mass immunity would reach around 75% by the end of August, and the country will be “better off” in autumn and winter. “It is the first time I am optimistic about the end of the pandemic,” he told Anadolu Agency (AA).