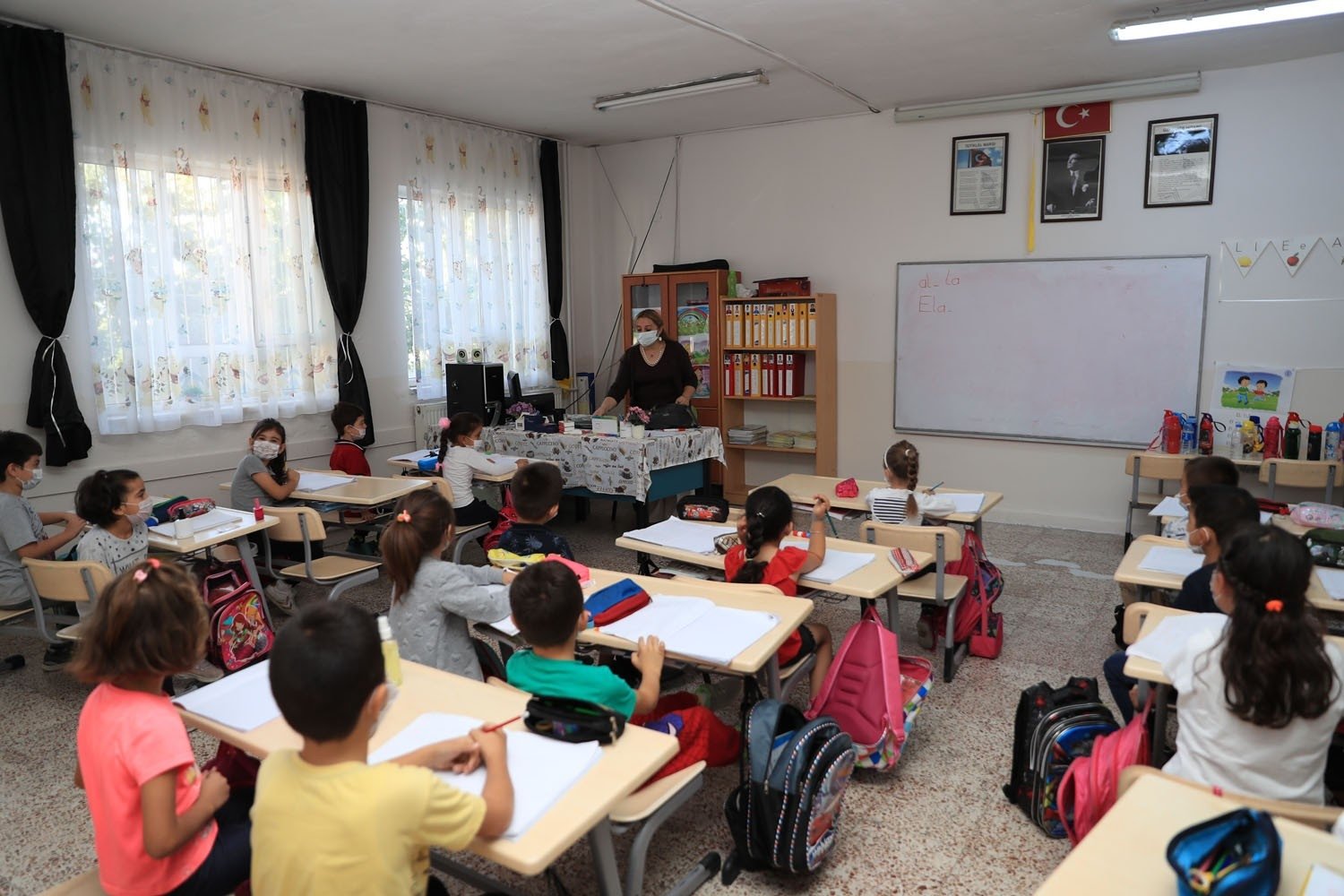 Health Minister Fahrettin Koca announced on Monday that they had no intention of shutting down schools, following reports of a new closure amid the coronavirus pandemic.

Professor Alper Şener, a member of the ministry’s Coronavirus Scientific Advisory Board, has told Demirören News Agency (DHA) recently that Turkey may consider shutting down schools if the daily cases leap to 60,000.

Koca tweeted that news of the possibility of school closures was wrong and the board has no such agenda. “Statements of our member of the Scientific Advisory Board while highlighting the importance of vaccination is misinterpreted,” the minister said.

Turkey has long faced a surge in daily cases, whose number fluctuated above and below 30,000. On Sunday, the number dropped below 24,000 for the first time in weeks while 201 people died in one day.

The country reopened schools for in-person education while the cases were still relatively low. The reopening came months after the start of a normalization process during which all curfews and most other restrictions were lifted, following a strict lockdown. Schools were closed for most of 2020, while authorities and experts have voiced concern that further delays to in-person education would hurt children’s development in the long run.

In-person education was resumed, in parallel with a boost in the vaccination program, and the majority of teachers and other staff at schools are inoculated. Children are exempt from vaccination, which is not mandatory for adults either. Still, children between the ages of 12 and 15 are eligible for shots if they suffer from a chronic disease. In-person education is occasionally disrupted due to cases reported at schools but authorities opt for shutting down the classroom where the cases are reported, instead of closing down the entire school. Students can return to school once their quarantine period ends.

Şener has said that although the number of daily cases appears to be fluctuating between 25,000 and 30,000, it won’t be long before a further surge is seen. “Unfortunately, vaccination almost stopped and we are going backwards in our drive,” he said, citing a slowdown in particular in the number of people receiving their third or “booster” shots.

Third doses are highly recommended, especially for those who are administered inactive vaccines, as experts say, based on studies, they lose efficacy over time.

Along with a low number of third doses, Turkey faces the risk of vaccine hesitancy among the population. Anti-vaxxers who are gaining a foothold on social media jeopardize the country’s vaccination program which noted progress this summer when it is opened up for all ages. Vaccine hesitancy, initially reported among the elderly at first, is more prevalent among younger people, according to Şener.

Şener and other experts point out that most cases now are of those who are not vaccinated or had only one dose, instead of two proper doses which provide longer protection against the deadly infection.

Factors vary in this new surge of infections, which has only worsened due to the fast-spreading delta variant. Young people, or those below the age of 30, make up more than half of COVID-19 cases. Increased mobility and apparent neglect of mandatory masks and social distancing rules contributed to this new wave of cases.

Experts had already predicted the new surge in autumn, a time when more people spend time indoors and in crowded places. As a matter of fact, the country was forced to reintroduce tough restrictions last autumn after a steep rise in the number of cases.