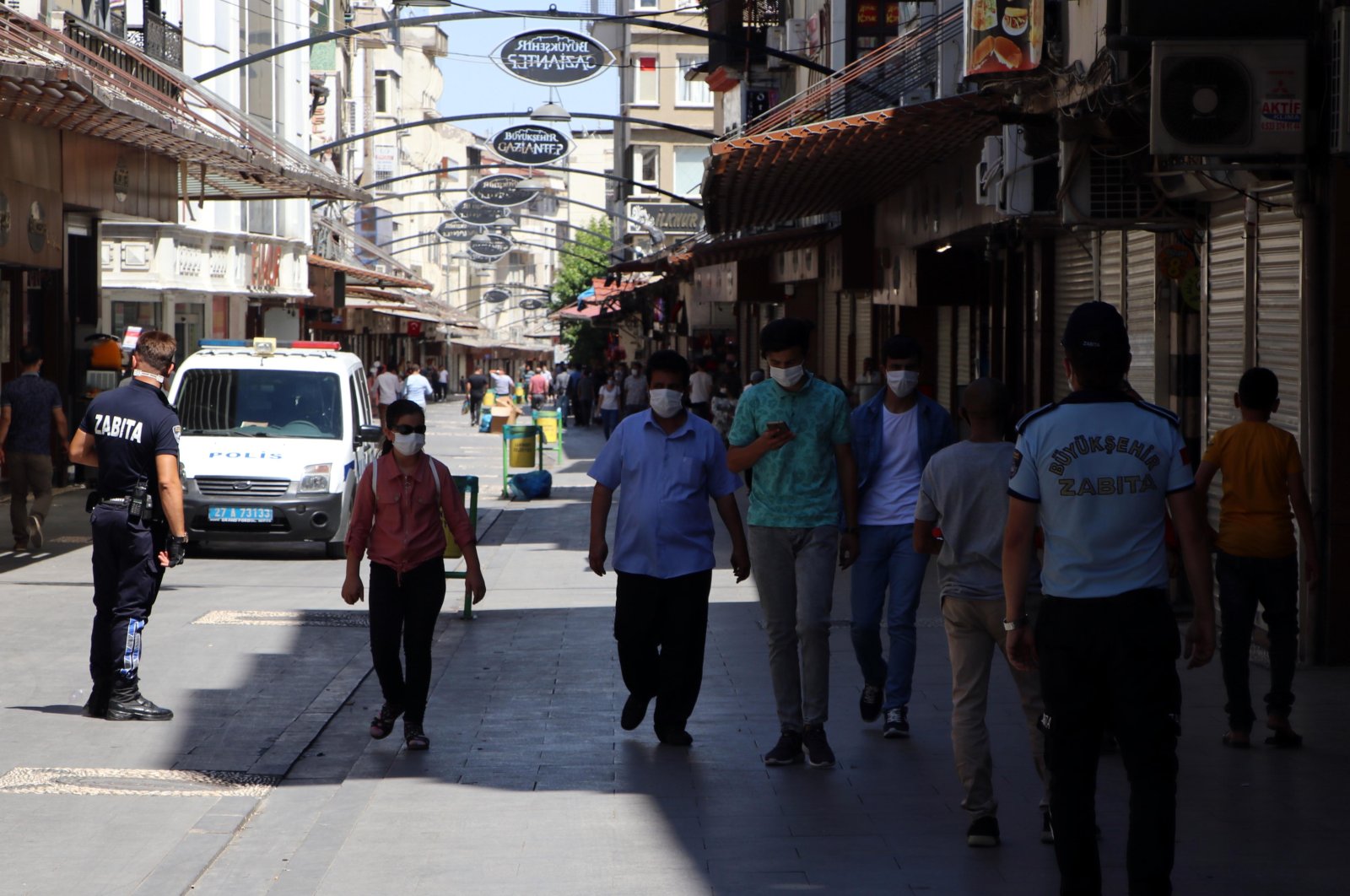 Gülay Korukluoğlu, an associate professor at National Virology Reference Laboratory in the capital Ankara, said the coronavirus is "not easy to investigate." She leads a team of researchers checking whether the virus has mutated in Turkey, a country that has largely succeeded in managing the outbreak but still walks a thin line to rein in its number of daily cases.

Korukluoğlu and her team aim to wrap up a one-month study on the virus for the Health Ministry’s General Directorate of Public Health. Their research will help the fight against the pandemic, which draws strength from the virus’ mutation.

The laboratory brought in samples from different regions of Turkey over the past four months. The results of the study will be announced by Health Minister Fahrettin Koca.

Turkey on Sunday confirmed 978 more coronavirus recoveries, bringing the tally to 216,494, according to Koca. Citing Health Ministry data, he said on Twitter that 987 more people contracted COVID-19 over the last 24 hours, bringing the total number of cases in the country to 232,856. The nation's death toll from the disease rose to 5,728, with 18 new fatalities over the past day.

The minister stressed that the rate of severe symptoms remained the same in the provinces where cases increased over the last three days. The number of critically ill patients across the country is under control, he added.

Health care staff across Turkey conducted more than 40,247 tests for COVID-19 over the past day, raising the tally to over 4.88 million.

Korukluoğlu says they are working to piece together “a jigsaw puzzle" for shaping policies against the pandemic. “It is important to monitor the molecular epidemiology of the virus or, in plain terms, to see where it came from, how it spread and where it formed clusters. Samples from positive patients were acquired from regional laboratories,” she said.

She told Demirören News Agency (DHA) that researchers started tracking data on the virus in March when it made its foray into Turkey. “We have to find out if this is the same virus as back then. Having samples from different dates will help us to investigate whether, for instance, the virus affecting the Black Sea region was the same one affecting the southeastern provinces in April. This is one of the most difficult viruses I have encountered in my career. It has extraordinary infection dynamics. It is not possible to say whether it is mutated and lost its impact or it has no mutation at all,” she says.

Last month, a group of researchers in Istanbul who investigated the genetic mapping of the coronavirus in the city discovered four patients had a mutation of the virus with European origin. They warned that different variations may affect the sensitivity of polymerase chain reaction (PCR) tests and called for a revision of the tests to guard against false-negative results.

The mutation may not be evident, but symptoms can change. Koca told the Hürriyet newspaper that manifestations in new cases were “a bit different” than those in the first days of the pandemic. “For example, we see diarrhea and muscle pain more as symptoms. In fatalities, we found clotting disorder was among major underlying causes. Koca warned that the virus “has not lost its strength.” “It is a mistake to think it is less effective compared with the past months. We should not drop our guard and should not abandon our measures in protection, diagnosis and treatment,” he said.

Koca also said that Turkey has gained experience in the use of medicine for the treatment of COVID-19 and that the country has “a strong drug stock,” adding that four local firms are licensed for the production of favipiravir antivirals.

Along with drugs, Turkish companies are working to develop test kits. An Ankara-based business uses local resources for test kit production instead of imports and has managed to export it to 21 countries. Erol Çelik, CEO of Oncosem, told Anadolu Agency (AA), they started working on test kits when some Chinese units turned out to be faulty. “We have the potential to produce 100,000 kits daily. We have a locally made kit with a 96.8% accuracy rate,” he said. Their kits are used as a general scan and can give results in up to 15 minutes.