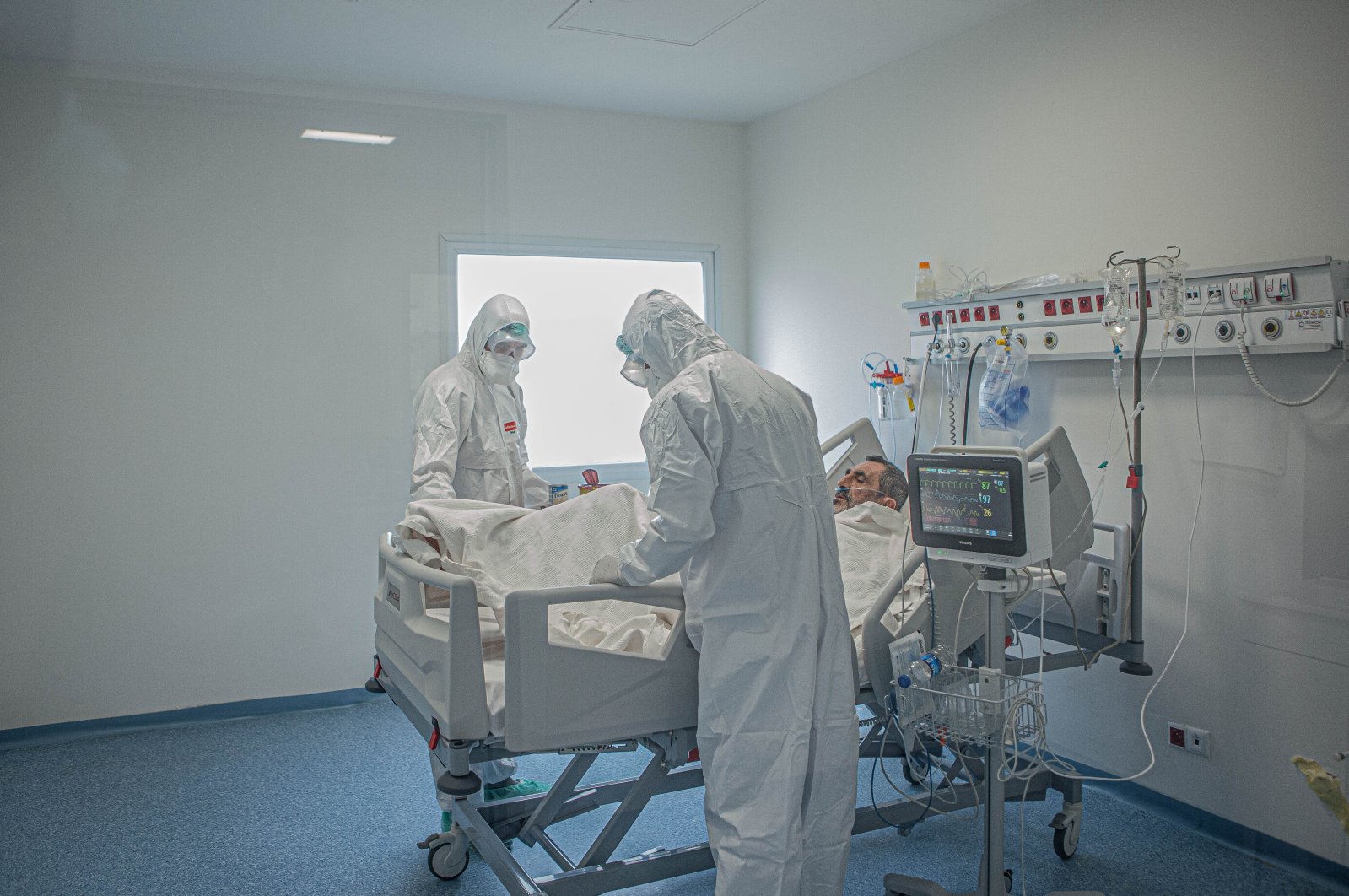 In a landmark regulation issued Friday, health care workers at the forefront of the fight against the coronavirus pandemic will receive 'occupational disease' benefits if they are infected with the virus

The Health Ministry has issued a new set of regulations to honor health care workers who have died or have been infected with the coronavirus during their fight against COVID-19. The guidelines, long demanded by doctors, nurses and other health care personnel, provide new benefits for those who have suffered from the disease and for the next of kin of the staff who have died while working at hospitals.

President Recep Tayyip Erdoğan recently announced that the families of health care workers that were infected or died of the virus would be entitled to salaries, interest-free loans, educational benefits for their children, employment opportunities and reductions in bills. The benefits are similar to what is given to people suffering from other occupational diseases.

Health care workers are at the forefront of the fight against the pandemic. They toil in long shifts and often cannot see their families for fear of infection. The Health Committee of the Turkish Grand National Assembly (TBMM) recently approved a proposal by unions of health care workers to classify COVID-19 as an occupational disease.

Turkey is battling a surge in its number of coronavirus cases, which has reached 1.9 million, while more than 17,000 people have died of the disease. The nation's recoveries now exceed 1.7 million.

Ali Osman Çağlayan, the chief physician at a public hospital in the Soma district of western Manisa province, is among health care staff who contracted COVID-19. “I don’t remember anything that I suffered from more in my life. It was like I was crushed by a truck,” he told Anadolu Agency (AA). "It was one of the worst weeks of my life."

As the chief physician, Çağlayan was everywhere in the hospital, in contact with many patients and other staff. He managed to protect himself until November, but when the number of cases increased and the hospital’s workload rose, he found himself infected as well. He tested positive for the virus after the onset of coughing and extreme sweating. “It really kicked in on the third day. Back and muscle pains started, then along came the headache. I was feeling dizzy and tired. I've had bad cases of the flu in the past and had Familial Mediterranean Fever, but they were nothing compared to what I suffered at the hands of coronavirus,” he recalled.

Isolated while he recovered at home, Çağlayan said: “You can’t do anything while lying in bed. You can’t sleep either, more than five hours ... I feel lucky because I was home, but even then, it was a very difficult process of recovery, though I did not have any additional impact on my lungs or suffer from pneumonia.” Çağlayan still feels tired from time to time, as a fallout from the disease.

Hüseyin Şaşkın, the chief physician at the Derince Training and Research Hospital in the northwestern province of Kocaeli, is another doctor who was infected and recovered after several days of treatment. He learned he was infected about one month ago. After headaches and back pain started, he decided to have a test that eventually showed he was positive. Like Çağlayan, he was isolated at home and counted on medication for his recovery.

“Words cannot describe how severe my pains were. I was taking painkillers but it would not go away. For three days, I couldn’t lie down or sleep because of back pain,” he recalled. "The back pains were like being beaten by a stick on your back and the headache was like someone drilling a hole in your head. I never experienced such pain in my life. It has been almost a month since I recovered but the pain kicks in at times."

The virus also took a mental toll on the doctor. “You don’t know what will happen next, whether it will affect your lungs and you will need oxygen," he said. Şaşkın called on the public to take the virus seriously and adhere to rules like wearing masks and keeping a distance from others.