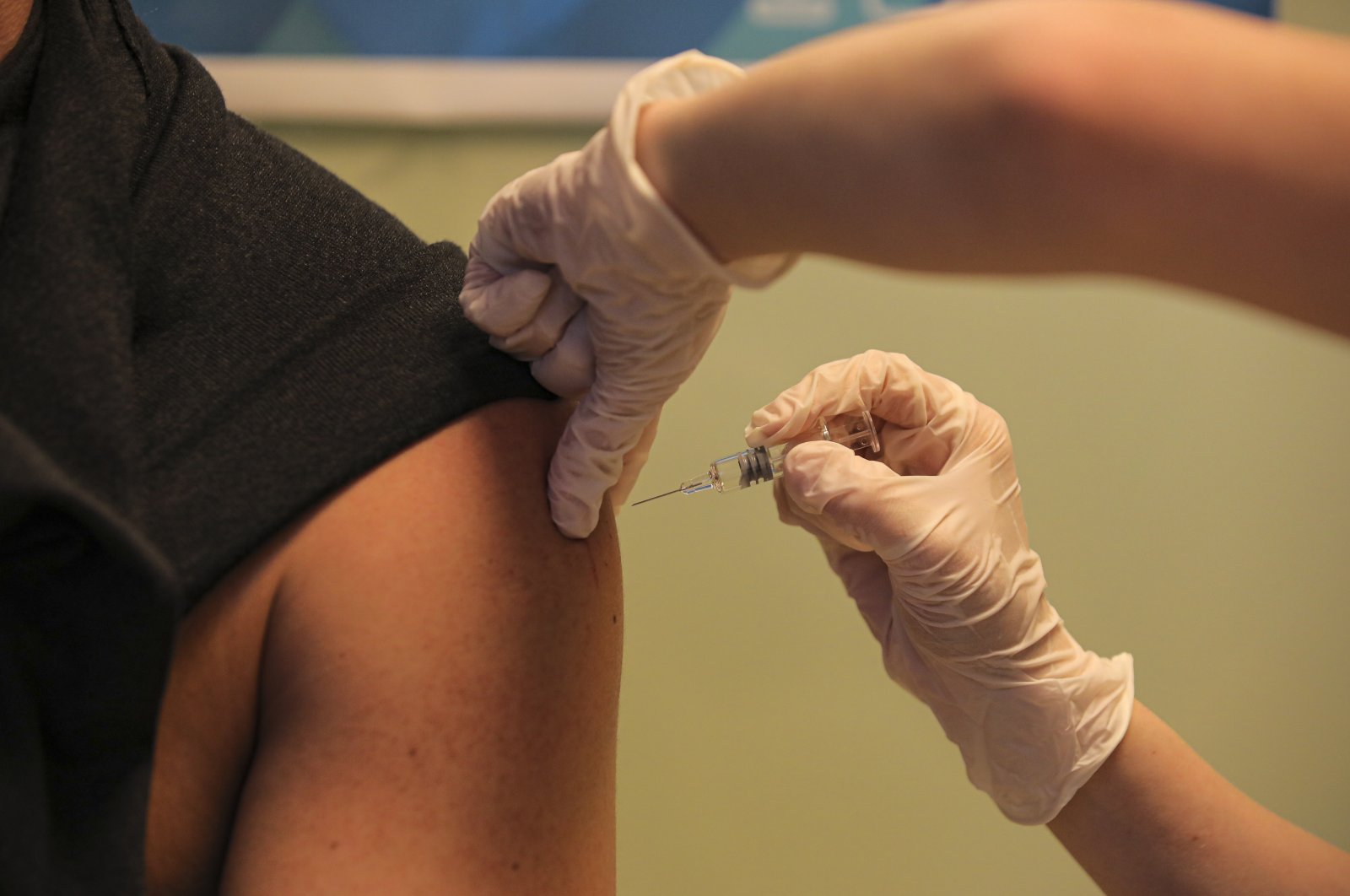 Volunteers taking part in Turkey's coronavirus vaccine trial have spoken of their experience as the country prepares to roll out protection against the virus within weeks.

Turkish Health Minister Fahrettin Koca said last week the first batch was expected to arrive within days and mass vaccination could start at the end of December or early January.

Some 12,500 volunteers are taking part in Phase 3 trials of the vaccine across Turkey but the full vaccination program is expected to start before the trial is completed.

Emine Bozyiğit, a 56-year-old dentist, is taking part in the trial at Acıbadem Atakent University Hospital in Istanbul's Küçükçekmece district.

She said she felt the Sinovac dose, a traditional vaccine that uses dead viral particles to spark an immune response without risking a serious reaction, was "slightly safer" than other vaccines.

Her sons were also taking part in the trial.

Aviation worker Eren Bozyiğit, 25, described the trial as "an unknown."

He said he was not worried about Turkey starting vaccinations among the general population before the end of the trial as Sinovac Phase 3 trials had been completed in other countries with no serious side effects recorded.

"We want to contribute to this scientific study and, on the other hand, we want to inspire people, if possible," he added.

His brother Mert Baran Bozyiğit, 29, an industrial engineer, said the trial was a good "opportunity" for him to potentially get vaccinated before the general rollout, even though he did not know whether he was injected with the vaccine or a placebo.

As a young man, he would have been in the last part of Turkey's 83 million population to receive the vaccine.

Meanwhile, healthcare worker Asıl Mert Korkmaz, 25, will be among the first to be vaccinated.

"I'm not worried about getting a placebo," he said. "I will be one of the first to be called after these trials are finished so it won't matter much."

Turkey's Medicine and Medical Devices Agency last week announced a change in regulations to allow the vaccine to be administered generally before the trial's end.

Phase 3 trials of Sinovac have also been carried out in Indonesia and Brazil with no serious side effects reported.

Koca said Turkey would seek further Sinovac doses, which can be stored in standard refrigerators, as well as seeking other vaccines.

The Chinese vaccine is administered in two doses, 14 to 21 days apart and the treatment will be given free to Turkish citizens.

Dr. Iftihar Köksal, an infectious disease and clinical microbiology specialist at the hospital, said at least 75% of the population would have to be vaccinated to significantly reduce transmission of the virus.

"It's been shown there are no fatal side effects because it was done to thousands of people around the world," she said of Sinovac.

Köksal added that early approval had been given to vaccination because of the vaccine's efficacy and the lack of side effects.

The hospital is one of 25 centers involved in the trial in Turkey, with 500 people participating.