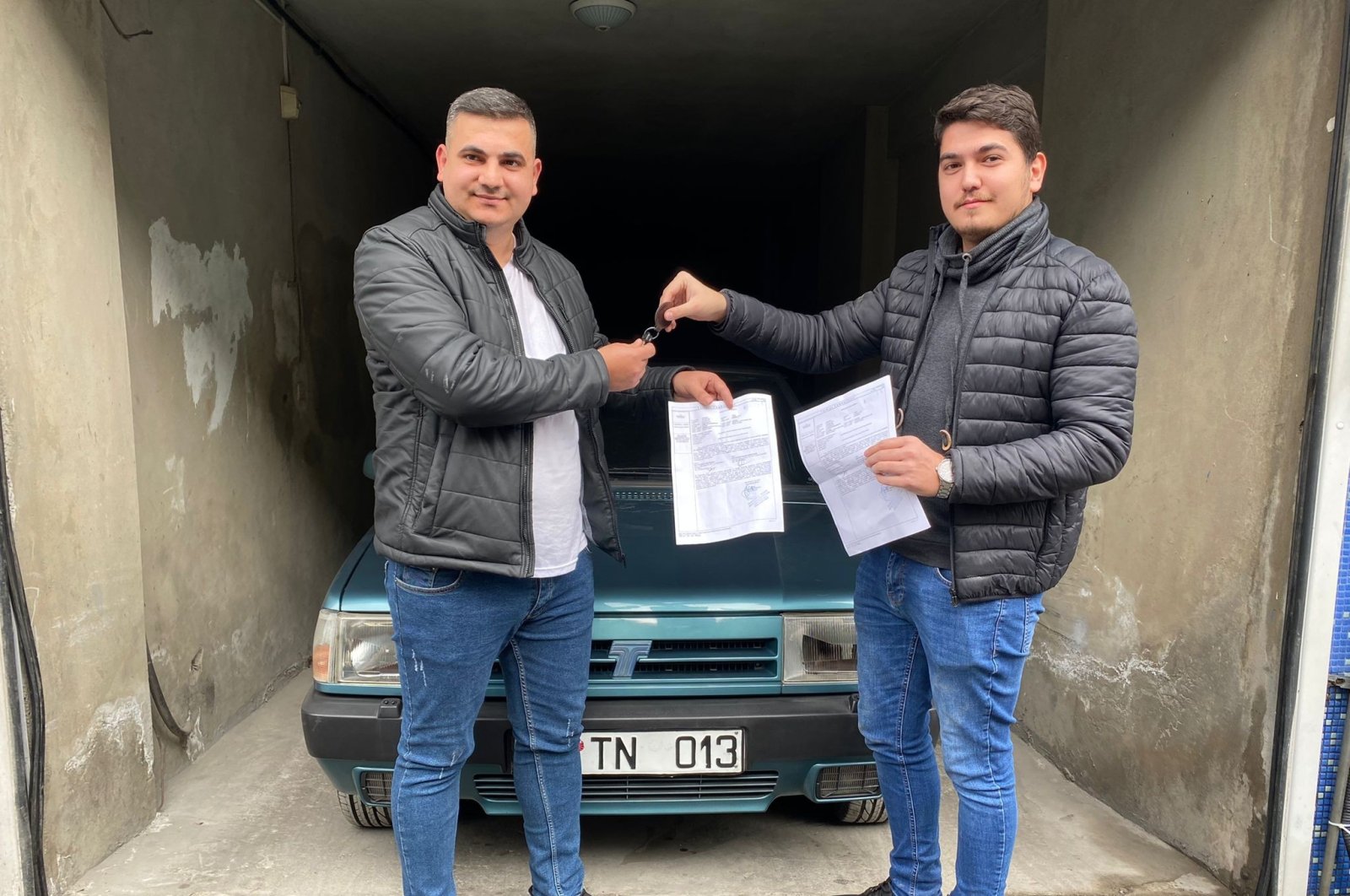 The obsession with locally produced versions of 70s, 80s and 90s Fiat models, in particular the Fiat Regata, continues unabated in Turkey.

This sale of a Doğan seems to have set a new Turkey-wide record as the previous record was for a Doğan sold in Bursa for TL 180,000.

As previously reported by Daily Sabah, the owner of the vehicle had put the car up for sale last month. Once sold, the car was not even driven but instead loaded onto a tow truck and taken to its new loving home.

Sercan Deniz, a car dealer living in Istanbul's Kadıköy, sold his 1993 Tofaş-Fiat Doğan SLX, which has only clocked 3,482 kilometers (2,164 miles), advertised over the internet for TL 200,000. When Muhammet Maden, the new owner, saw the ad, he knew he wanted the vehicle. After buying the car, Maden transported it to a parking lot with a tow truck.

Deniz isn't the original owner of the car and had only bought it last year. Those who saw the advertisement on the internet were surprised to see the TL 200,000 price tag. But Deniz was adamant and stayed firm to his asking price. Deniz stated that the price was reasonable because the car was used for only 3,480 kilometers after leaving the factory, the vehicle parts were original and unaltered and there was no damage whatsoever.

Seeing the advertisement posted by Deniz, Muhammet Maden bought the vehicle, becoming the new owner of the 1993 model Tofaş Doğan SLX. The vehicle was immediately taken to storage at a parking lot with the help of a tow truck to reduce the risk of any potential damage to the car along the way and so that it would not clock any kilometers.

The moments when the vehicle was taken with a tow truck attracted great attention from neighbors.

'It has found its real buyer, a buyer who will appreciate it'

Regarding the sale he made, the vehicle's former owner Deniz said, “As a result of the news we made, my '93 model vehicle, which I bought a year and a half ago, with only 3,480 kilometers, has found a real buyer, a buyer who will appreciate it, for TL 200,000."

Deniz added that he sold the vehicle to its new owner Muhammet Maden because he knew that he would appreciate its value.

Maden, who bought the vehicle, said that he had been following the vehicle for five to six months. Maden even asked for financial help from his friends in order to make the purchase. "In the end, we agreed on TL 200,000 and I bought the vehicle. In other words, I bought a valuable automobile. A vehicle with only 3,480 kilometers. A Tofaş SLX. I was born in 1995, the vehicle is a '93 model," he said.

Maden doesn't want to sell the vehicle yet and will lovingly care for it in his car park. He might sell it in one or two years if he can find someone who appreciates its value.