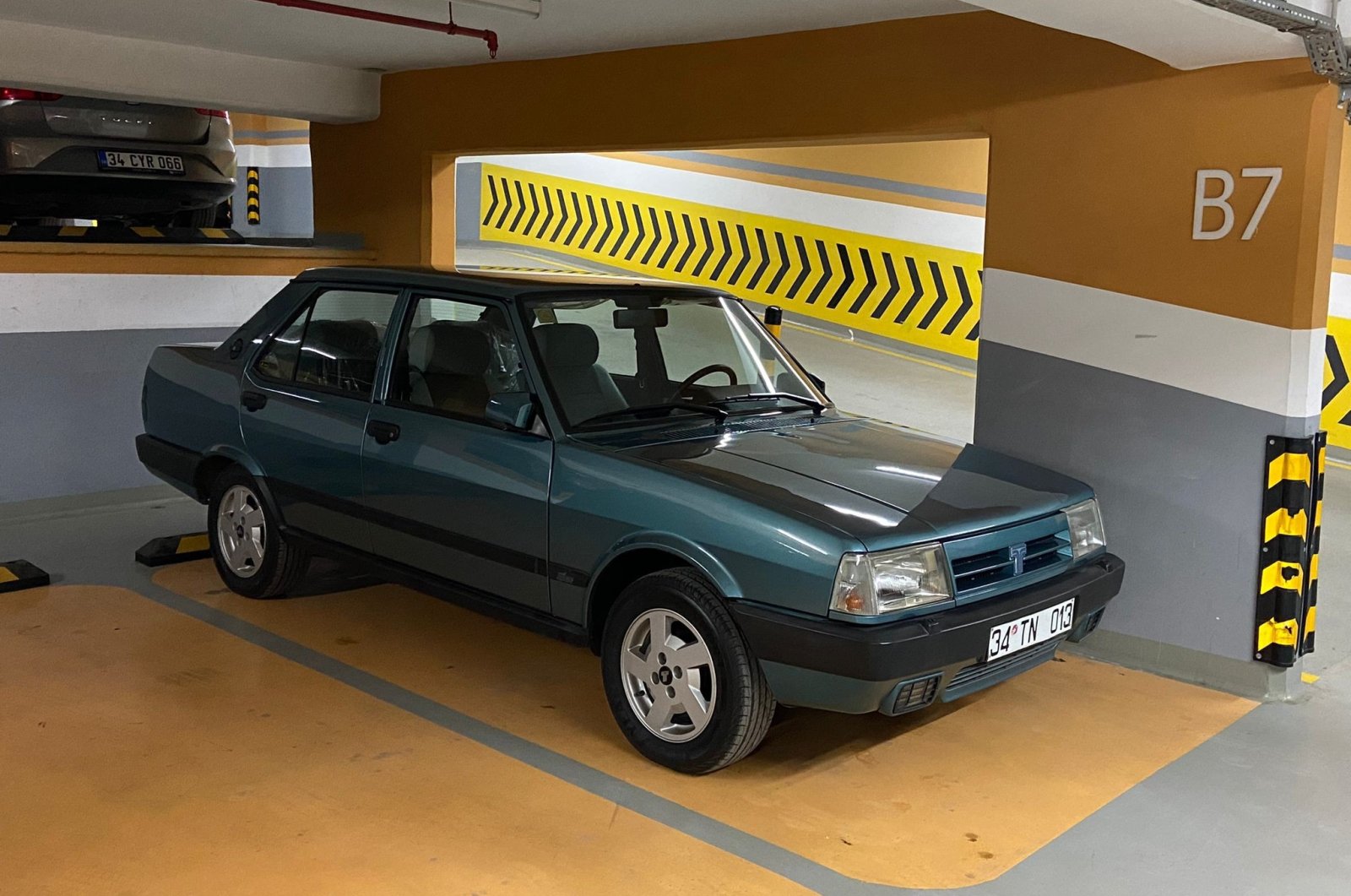 It has been almost two decades since the production of the Doğan stopped, but this local version of an old Fiat model is still a favorite of Turkish car enthusiasts. The latest example of this passion is the $20,000 (TL198,714) price tag of a 1993 Doğan SLX.

Derided for the poor quality of its bodywork, the Doğan (Falcon in English) is wildly popular among nostalgic fans of the model with car tuning services in the country on the rise. Its older version, known as the Murat 131, has long been a staple on Turkey's roads, as a cheaper alternative to European and Asian imports. Along with the Murat 124 and Şahin, a similar model, the Doğan continues to attract buyers at a time of skyrocketing car prices, which only saw a drop after recent tax cuts.

Thus, asking $20,000 for his Doğan SLX seems quite reasonable for Sercan Deniz, a car dealer in Istanbul’s Kadıköy district. However, unlike the old models which are sold for up to $5,000 (TL 50,000), Deniz’s sedan boasts very low mileage, at 3,482 kilometers (2,164 miles). He is extremely careful not to add to the miles and only drives the car once a week, using a tow truck to take it to a garage if the need arises.

The car, a domestic version of the Fiat 131 produced under the European carmaker’s license by the Turkish company Tofaş, has no modified parts or damage, according to Deniz. The car appears brand-new, with nylon coverings still on the seats. The owner is careful not to stain the car's carpeting, donning galoshes whenever he gets in. He also stores it in an enclosed parking lot as an extra precaution.

Deniz came across the car five years ago but was only able to convince its elderly owner to sell it last year. “The car was not fit for the road because it lacked documents. I had it examined officially. It was rarely driven and has entirely original parts,” he told Ihlas News Agency (IHA) on Thursday.

He says potential buyers have offered him up to TL 140,000, but he's holding out for his asking price and for someone “who is aware of the car’s value.”

The country’s most expensive Doğan SLX was recently sold for $14,000 (TL 180,000) in the northwestern province of Bursa, where Tofaş’s car manufacturing plant is located. That car, however, was heavily modified, with a new engine that can reach up to 560 horsepower and new parts added from various BMW and Mercedes models. Also last month, a 1994 Doğan SLX in its original state was sold for $13,000 (TL 130,000) in the southern province of Antalya.