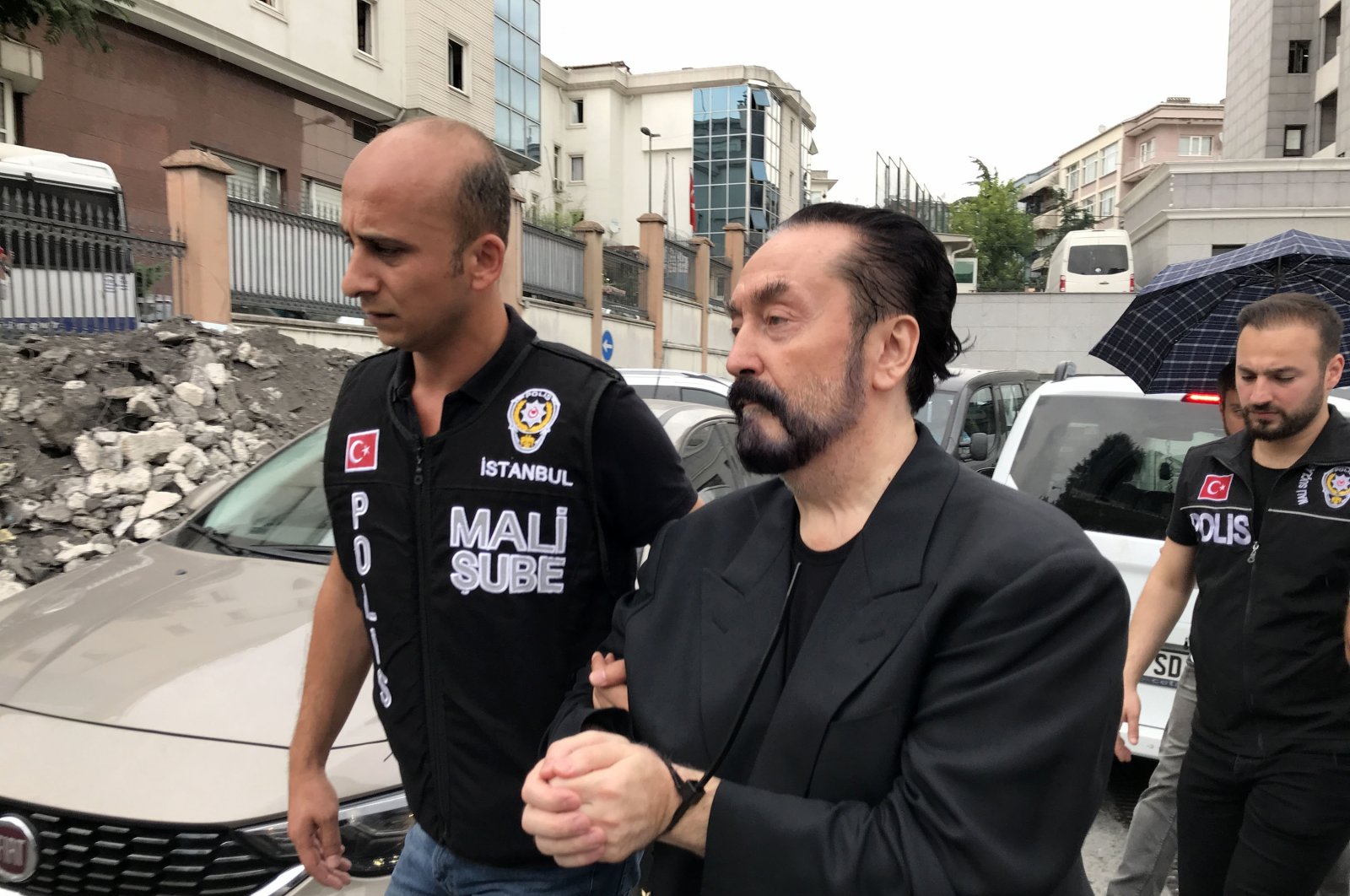 An Istanbul court on Monday handed Adnan Oktar, the head of a cult that is considered a criminal organization by prosecutors, some hefty prison terms.

He was among the 236 defendants on trial since September 2019 and had faced a diverse array of charges, from espionage to sexual abuse.

A prison term totaling 1,075 years was handed down to Oktar in the trial where 78 people, including the cult leader, were in detention.

The 64-year-old Oktar and dozens of his followers were arrested in simultaneous nationwide raids in 2018. A 499-page indictment portrays him and others as a criminal gang thriving on blackmail, extortion, money laundering and a string of other crimes.

The court gave Oktar a total of 1,075 years and three months in prison over the charges of founding and leading a criminal organization, political or military espionage, aiding the Gülenist Terror Group (FETÖ), sexual abuse of minors, sexual abuse, deprivation of liberty of a person, torture, disturbance of right to education, recording personal data and making threats.

Prosecutors say the gang he led had been involved in a recruitment scheme since the late 1990s and this involved brainwashing young women. "The organization used its good-looking members to deceive young girls and women. Those members raped or sexually abused women and were blackmailed first by members pretending that their affairs were recorded on video. They were also brainwashed under the pretext of religious teachings," prosecutors say in the indictment.

Adnan Oktar, a university dropout, made a name for himself in the 1980s when he gained a following among university students, mostly children of the wealthy elite. During that period, he was once arrested for promoting a theocratic revolution. After a stint in a mental institution and penning books under the alias Harun Yahya, Oktar expanded his cult in the 1990s through the Science Research Foundation, which he founded mainly to promote his anti-evolution books.

In the 2000s, he became a household name after he founded A9 TV and sporadically appeared on hourslong talk shows where he delivered his opinions on world views, occasionally breaking into bizarre dance routines with his followers.

According to prosecutors, Oktar was more than a man who spouted rambling lectures about religion and conspiracy theories while surrounded by impeccably dressed young men and women wearing heavy makeup. Former followers and families of young women allegedly brainwashed by the cult came forward during the investigation and recounted threats, suppression and blackmail to keep the followers in the cult and blindly submit to Oktar's orders.

In his final defense in the hearings, Oktar had flatly rejected allegations against him. He had denied sexual abuse allegations, claiming he had "close to 1,000 girlfriends" and had an "overflowing of love for women."

One of the women at his trial, identified only as C.C., told the court that Oktar had repeatedly sexually abused her and other women. Some of the women he had raped were forced to take contraceptive pills, C.C. told the court. Asked about 69,000 contraception pills found in his home by the police, Oktar said they were used to treat skin disorders and menstrual irregularities.

He also denied charges of running a criminal organization and claimed he simply had a large circle of friends. On his ties to FETÖ and espionage charges, Oktar had blamed a conspiracy against him by "certain forces."