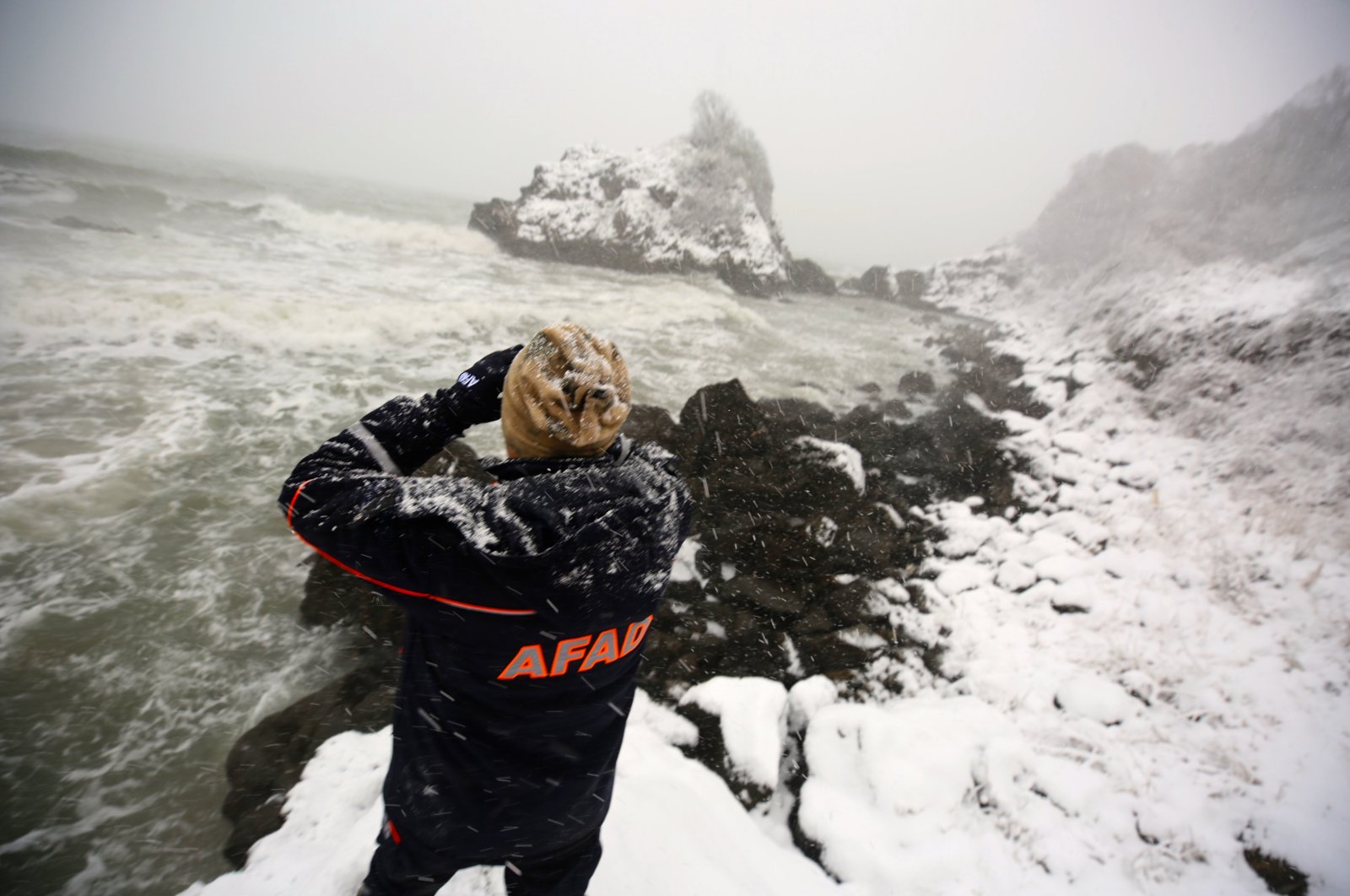 A rescue worker from the Disaster and Emergency Management Authority (AFAD) scours the sea with binoculars on the coast, in Bartın, northern Turkey, Jan. 18, 2021. (AA Photo)
by DAILY SABAH Jan 18, 2021 3:36 pm

Search and rescue crews retrieved two more bodies Monday from a Palau-flagged ship that sank off the coast of Bartın, a Black Sea province Sunday.

The death toll climbed to three in the accident, which is believed to have been caused by extreme weather conditions that also hampered rescue efforts.

Crews had halted operations Sunday night and resumed Monday morning but strong winds made it impossible to approach the site. Two bodies were found some 2 kilometers (1.24 miles) adrift and divers were dispatched to bring the bodies to the shore.

Search is underway for three more missing people who were onboard ARVIN, a cargo ship owned by a Ukrainian company. Six others were rescued alive.

The authorities identified the body found on Sunday as the ship's captain Galenko Witaly, a Ukrainian national.

The ship was heading to Bulgaria from Georgia when bad weather forced the crew to anchor off the coast of Bartın, two days before the accident.

The Turkish navy has sent a frigate to help the efforts but Bartın Gov. Sinan Güner told reporters Monday that bad weather conditions were an obstacle to reach the spot where the missing were last seen.

Some crew members had taken shelter in lifeboats while others jumped into the sea with life vests according to media reports.