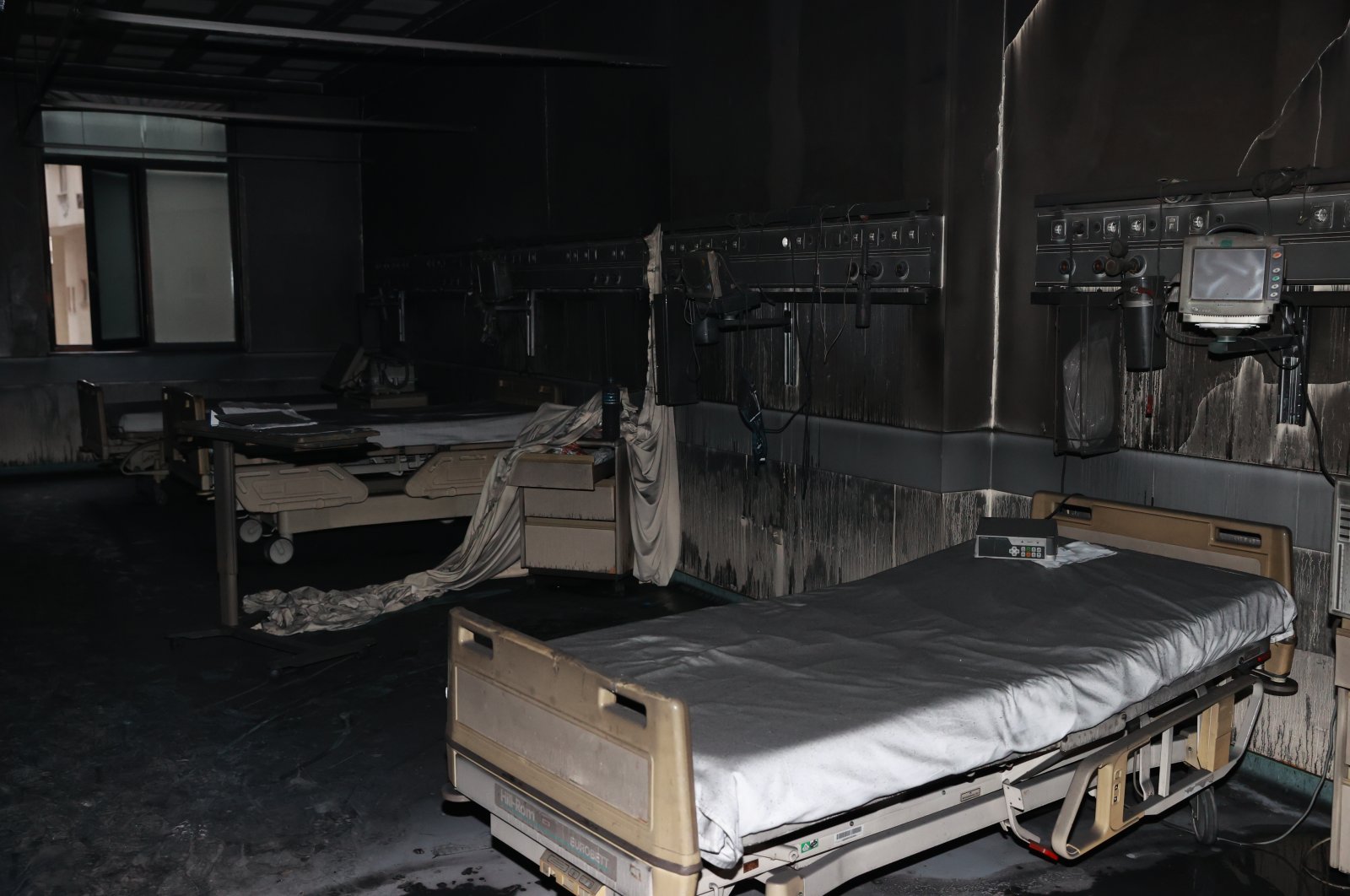 As of Sunday, 11 people have now died due to a fire that broke out at a hospital in the southern province of Gaziantep.

The victims were all being treated for the coronavirus when the fire broke out in the hospital's intensive care unit (ICU). The fire was caused by a high-flow oxygen therapy machine used to treat COVID-19 patients, according to a statement by SANKO University which runs the private hospital. The victims were mostly elderly patients.

An investigation was launched into the incident, and court-appointed experts examined the scene.

Two prosecutors are assigned to the case and are questioning hundreds of people. The fire was followed by the explosion of an oxygen cylinder. Hospital staff and firefighters managed to evacuate 19 patients from the ICU on the hospital's first floor of which seven were pronounced dead on the scene. Others passed away at other hospitals they were transferred to. Seven hospital staff who suffered burns while trying to save patients are also receiving treatment.

Health Minister Fahrettin Koca and Justice Minister Abdulhamit Gül, who was a Gaziantep lawmaker in the past, visited the scene of the fire and extended condolences to the victims’ families.

Media outlets reported that the Health Ministry had issued a warning to hospitals across the country two days before the fire about the oxygen machine that exploded in Gaziantep. The message cautioned hospitals to be aware that the machine had the potential to start fires and explode if improperly installed.